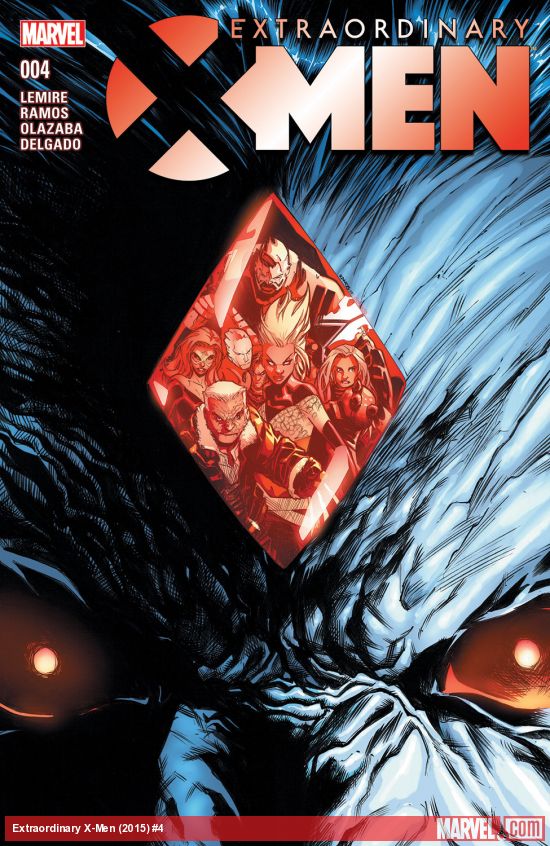 With the previous issues focusing on developing the team, issue 4 of Extraordinary X-Men finally gave the overall story some direction. The main villain also made sense considering the dire state of mutants, and hopefully the series will evolve into something enjoyable even if it has the similar ‘mutants-are-going-extinct’ premise.

While the mutant race being on the verge of extinction (again!) isn’t something new in the Marvel comic book universe, the current X-Men roster and the relationship dynamics between the team members is what makes this series enjoyable. While Storm, Iceman, Colossus, Magik, and Nightcrawler are from the present, Wolverine is from the future, and Jean is from the past.

Both Jean and Logan are fighting their inevitable destinies, and that allows them to share something in common with each other. I also liked Bobby’s comment about whether there was something romantic between Jean and Logan considering their huge age gap.

I appreciate Jeff Lemire giving every team member a personal conflict to deal with. The burden of Xavier’s dream has fallen solely on Storm’s shoulders, Iceman still has to talk about being gay, Colossus and Magik have their sibling issues to work over, and Nightcrawler seems to have become mentally unstable.  Even the sentinel, Cerebra, has personality. 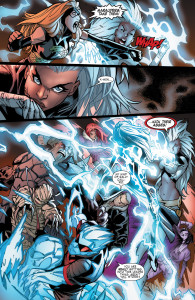 Mr. Sinister being the major antagonist also made sense with mutants going extinct because of the Terrigen Mist. He’s always looking out for himself and extinction is a threat. Sinister’s plan to create a mutant-Inhuman hybrid also felt logical. I don’t think a mutant-Inhuman hybrid is the answer to fighting the Terrigen Mist, but it’s good to see that other mutants, even villains, are doing whatever they can to ensure survival of their race.

The mystery concerning what Cyclops did during the eight-month gap following the end of Secret Wars is still a major part of Extraordinary X-Men. The reveal at the end of the issue, while surprising, is probably not going to give us any answers. I think the mutant-Inhuman Cyclops hybrid is most likely a clone that Mr. Sinister developed because of his obsession with the Summers family.

With the Apocalypse Wars also coming in 2016, Extraordinary X-Men might end up becoming an immensely enjoyable series even though the previous couple of issues felt repetitive.

What did you think of Extraordinary X-Men issue 4? Has Cyclops really become a mutant-Inhuman hybrid? Let us know!