Marvel’s Iceman Finally Comes Out As Gay in Uncanny X-Men #600! 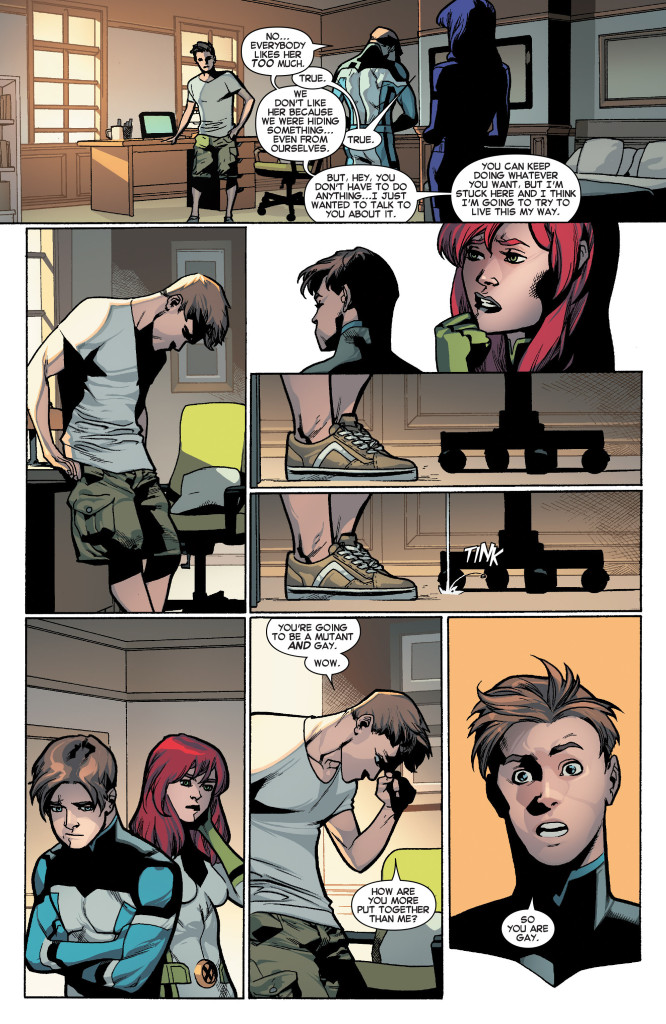 Bendis ended his X-Men run with this week’s Uncanny X-Men, which was finally released after being postponed a number of times. And while it closed a lot of plotlines for the mutants, it also changed a lot of things for Iceman and his sexuality.

Bobby Drake’s sexuality was mentioned back in All New X-Men #40 in a bit of a controversial manner involving a young Jean Grey. And while it was the young Bobby Drake who was used to address the question, fans were unsure if the present Iceman felt the same way, too. Now, all questions have been answered in Uncanny X-Men #600, and I liked present Bobby’s explanation regarding why he didn’t act out on his sexuality before.

He was already being hated by society and persecuted for being a mutant, and he didn’t feel coming out as gay would help him. This went on over the years until that part of him got buried deeper inside. I know some fans are disappointed that the young Jean Grey looked into young Bobby’s mind to know he was gay, but what we need to understand is that both the young and present Bobby are okay with her doing so. She helped them be true to who they really are. Jean also made the present timeline Bobby understand that he would be grow even better as a person if he accepted the part of himself he wanted to keep hidden.

The present Bobby is part of Extraordinary X-Men, and the series will also talk about his sexuality. I’m looking forward to seeing who Bobby will go out on a date with. I know things aren’t looking good for mutants post-Secret Wars, but still it would be nice to see him being happy.

The young Bobby will be appearing in All-New X-Men, and he has already told the present Bobby he plans to live an open life.

What did you think of an iconic Marvel character such as Iceman finally coming out as gay? Does this mean the Iceman from Fox’s X-Men film series is also gay? Let us know!