When Fandoms Inspire A Hobby – I Suddenly LOVE Ice Skating 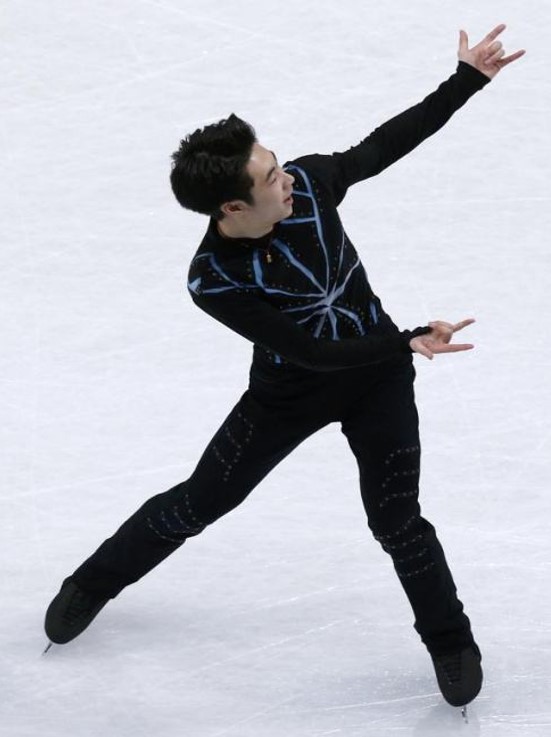 Fandom in and of itself is a hobby, but many times the media we consume and fans we interact with inspire new hobbies that suddenly become very important to us.

My most recent fandom related hobby is watching ice skating.  If you know anything about me you can tell exactly where this came from. Yep. That fun little romantic anime Yuri on Ice is completely to blame.  Now I’m watching each event with awe and speculating and who’ll bring home gold from the Olympics. I have favorite skaters (Boyang Jin and Ashley Wagner) and I’m learning their strengths and weaknesses. I’m watching them grow (Deniss Vasiljevs is blowing my mind!) and I’m watching them learn (Nathan Chen’s spins seem better this year, no?).  It’s so riveting and a year ago I didn’t know any of this.

Watching ice skating and learning how the whole sport works was so very sudden and I’m glad that a fandom has led me to a new hobby.  But it made me wonder who else has experienced this?  Who among my friends has found themselves thrown head first into a brand new hobby all because of fandom?  I had to pose the question to my social networks.

One of the first people to step up and confess their fandom inspired hobby was my own cousin who, in the process of relating to her own experiences, ratted out one of my own childhood hobbies as well.

I would say when we were like 8-9 I got a ribbon dancer because I wanted to be like Sailor Moon and I would pretend that the ribbon dancer was my Moon Stick and when I twirled it around me I transformed lol Isn’t ribbon dancing an Olympic sport now too? – Kristen V

Thanks, cousin! But seriously, we were really into Sailor Moon and ribbon dancing as kids.  It was a thing.  And we weren’t alone.  Many of my friends shared their own fandom related hobbies with me.

Archery. I read Lord of the Rings and wanted to be like the elves 😂 did 4 years competitive modern recurve in college and still practice. I’m planning on getting my kids hooked too. – Mei H

[My friend] started roller derby because she was super into Whip It. – Jocelyn W

A lot of my music comes from fandom – AC/DC and Boston came directly from Dean and Supernatural, while a piece of piano music and the CD it’s on (Return to the Heart) came from an AU fan fic about Charles Xavier. I’ve listen to that while I study for like…6 years now? Fandoms tend to get me into new things just the way that new friends and people I admire do. -Alena K

I became a podcast host after I got into Welcome to Night Vale and I wanted to be like Cecil. Originally I started my own podcast about maker culture, then I started a fiction one where I was a narrator and recently I was asked to be a permanent host on a fairly popular tech podcast, so hosting is a big part of my life now. -Jameson H

I learned guitar from Bandom. I would watch live performances from my favorite bands and figure out guitar fingerings for my favorite songs from their videos.
I got into archery in conjunction with Lord of the Rings, Assassins Creed, and League of Legend fandoms.
I started really ice skating again after watching Yuri on Ice.
A lot of my music comes from fandom, Supernatural especially. Also, while I’ve enjoyed photography my whole life, taking con photos was the thing that really convinced me “hey, I could do this for a living”.
I got into writing my own book from writing for fandom.
I’m just one big mess of fandom. -Taylor H

Oh boy, a handful of things really defining about me and my personality initially came from stuff I copied from my favorite characters when I was young (especially swearing). And a loooot of my hobbies and likes in general can be tracked down to fandom. Heck, I finally decided to abandon centrism and go full radical leftie after watching The Hunger Games lol. As for fun anecdotes, I’m pretty sure my guitar tutor when I was 13-14 thought I refused to tell him where my vast knowledge about 70s and 80s rock came from because I was hiding a crush. I was hiding an AU Death Note fanfic instead. -Mel A

I was big into the Let’s Play fandom and started my own YouTube channel. Got a mic, learned video editing, made my own thumbnail art.  Quit about a dozen vids in, but it was fun and I got in touch with a lot of cool people. -Stephanie N

When I was in elementary school there was a show called Sonic Underground that I was OBSESSED with.  Sonic’s sister, Sonia, played a keytar, so that inspired me to ask my mom to sign me up for piano lessons. I took lessons from 2nd through 6th grade. -Di G

Well, the Harry Potter fandom got me into writing fanfic, but it also led me to anime and J-pop thanks to a forum discussion on casting for Cho Chang. That led me to Visual Kei Bandom which then led me into cosplay, wig making, armour crafting, and sewing more in general. Then the search for more armour styles led me to start LARPing. Its a weird progression but Harry Potter was honestly SUCH a gateway fandom that the vast majority of my interests can be traced back to the root of Harry. -Kathryn R

My Facebook friends weren’t the only ones with a fandom related hobby to confess.  I turned to my Twitter crowd to hear their stories.

Not sure if this counted since it’s sort-of indirect,i picked up doing fanarts again when i went to JIBCON (& too broke to buy actual gifts)

I taught myself photoshop and video making because I wanted to contribute to fandom.

I started writing because of Supernatural. First, fan fiction, and then I did a guest post on Nerds and Beyond 😊

I became obsessed with Egyptian mythology because of Stargate and Daniel Jackson. Does that count?

No museums; I’m too far away. Read a lot, watch documentaries, read research papers. I’m in grad school, and I always try to find a way …

To work it into research projects, papers stories. I reference it during classroom discussion. Which is kinda hard for a writing major. 🙂

I read up so much about genetic engineering and DNA science b/c of Dark Angel lolol (also Jurassic Park a bit, but mostly Dark Angel). I even joined a youth group at the Science Museum about genetics and got to play with fruit flies. Dark Angel aired when I was 14-15.

Lesson learned? I’m not the only one with a fandom inspired hobby.  In fact, I’m sure many of you have some as well.