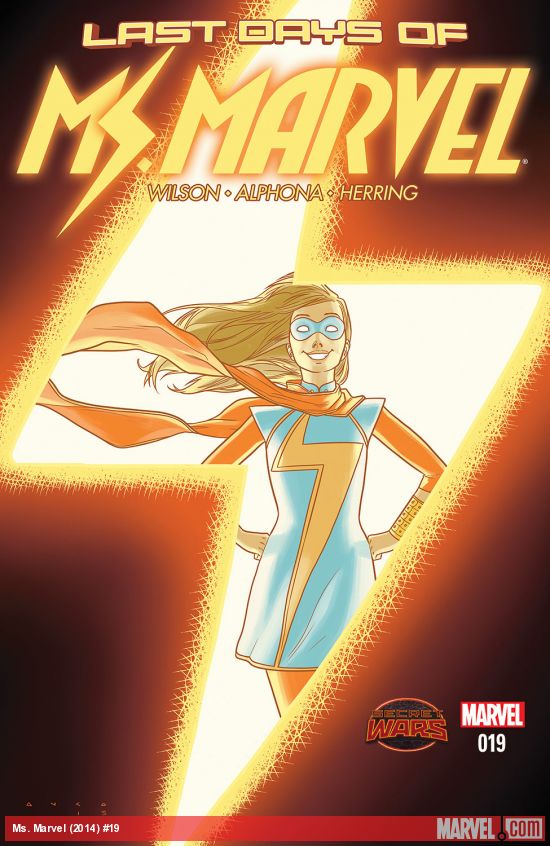 G Willow Wilson, author of Ms Marvel, has been nominated for an Eisner Award.

This year marks the highest number of women ever nominated for Eisner Awards ever.  G Willow Wilson is one of 49 women who are nominated for 66 awards across 30 categories at this years award ceremony.  Women are nominated in 27 of the categories and many of those categories feature more female nominations than men.  The Eisner Awards are essentially the Oscars for the comic book industry and is held at world famous San Diego Comic-Con every summer.  This year’s event will be held on Friday July 22nd. 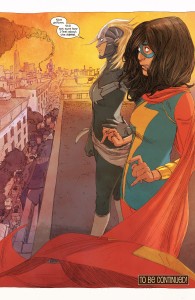 This won’t be the first Eisner Award nomination for Wilson.  She was nominated for Best New Series in 2009 for her first work Air and for Best New Series and Best Writer for Ms Marvel in 2015.  While she hasn’t yet won an Eisner Award, she did win a Hugo in 2015 for Ms Marvel and the Dwayne McDuffie Award for Diversity earlier this year.  Wilson is Muslim and the new protagonist of the new Ms Marvel series is the first Muslim female protagonist in mainstream comic book culture.  The series has been gaining notable attention for its diversity and quality writing since its debut in 2014.

We love Ms Marvel here.  We’ve been reviewing it since it first premiered two years ago.  Besides the fact that we love representation in our geek media, Kamala Khan has been an absolutely delightful character to follow as she takes her own heroes journey.  She’s easy to relate to, fun, and twists the superhero genre just enough to make the whole story feel new and exciting.  Whoever ends up ultimately winning this year’s award, we’re happy to see the series nominated and such a hugely diverse pool of nominees in almost every category.