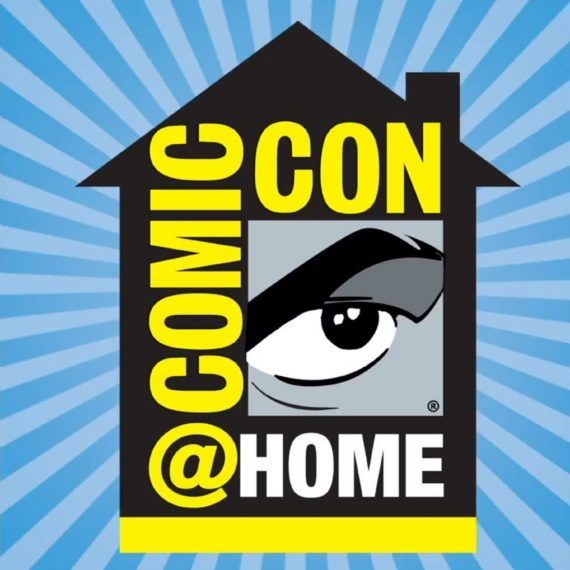 Conventions in the age of COVID need to adjust how they operate in order to keep going. But how did SDCC@Home do on that front?

This year’s SDCC press crew consisted of Khai, Jamie, and myself.  All three of us have been attending SDCC for many years, as well as tons of other conventions around the United States.  With our extensive knowledge of the convention scene and years of being dedicated to San Diego Comic-Con itself, I wanted us to gather together after the con to reflect on SDCC@Home, discuss what worked, what didn’t work, and if we’d attend SDCC@Home again.

Angel: I enjoyed being able to experience more panels, and panels that I wouldn’t usually get to see. I got to see smaller stuff, like UltraLawyer Kaiju Patrol, which would no way have been on my list if I was sticking to Ballroom 20 or Hall H every day. Being able to be slightly late to a panel and not miss anything was also a bonus.

I also enjoyed being able to buy some merchandise on the exhibit hall without feeling an intense amount of pressure to get the hell off the exhibit hall floor due to crowds.  But, at the same time, crowds are part of the magic, but I’ll discuss that bit a little more later.

Jamie: I think the panels actually worked really well. They were all pre-recorded, they gave the links in advance (even though the videos were private so you couldn’t put notifications on), and everything seemed to go live on time. Putting everything up on YouTube means that you could go back and watch panels that you missed, so you didn’t have to choose what to see the way you would normally, and you didn’t have to worry about being late. Also it was free and available to all.

Khai: From an accessibility angle, being able to view panels from my own home and pause when I needed to take care of something was a big plus. I usually need an Aide at SDCC, and being solo was kind of cool. I also enjoyed eating whatever I wanted instead of Convention Center Pizza. It was easier to hear the panels without the distraction of a large crowd. I’m a big fan of being able to see panels that aired at the same time, too- that’s not something we usually get to do.

Angel: It just didn’t ‘feel the same.’ That’s hard to put precisely into words, but there’s a certain energy of being at the con, being in a panel room, and exploring the exhibit hall that just can’t translate from a virtual experience. But I honestly don’t think there’s anything CCI can do to properly transfer that feeling into the online space we’re forced to deal with, so I don’t necessarily hold that against them. They tried their best.

Jamie: It’s my understanding that the exclusives were chaos as usual. I don’t normally do exclusives but I heard stories of slow load times and multiple site crashes.

But also, I agree with Angel. It just wasn’t the same. Even exciting moments on panels felt muted because I was watching alone in my living room.

Khai: I didn’t feel like I’d been to a convention. There was no real chance to interact with creators or other fans, so it felt more like getting a big dump of fun content to watch. Neat, but not super special. I did check out a virtual “dealer’s floor” of sorts with the Sweet Suite that had some chances for interaction (live demos were fun!), but otherwise it was basically a new limited streaming service.

What was our favorite moment from the event?

Angel: My favorite moment from the con was watching my friends on social media try to bring the SDCC magic to life in their own way. A friend of mine printed SDCC signs like “concessions,” which he taped to his fridge, and “bathroom” which he taped to his bathroom door. He then stood outside his bathroom door and complained about the line. I also saw numerous people make SDCC badges for their pets. It was an unusual year, and this bit of humor and joy really made things feel closer to right.

Jamie: The cast of The Dragon Prince learning that they’d been renewed through season 7 was the most genuine moment of pure joy ever. None of the other panels that I saw reached quite that level of excitement. I’m actually a little sad for them that they didn’t get to experience that announcement with the fans.

Khai: I have a couple friends who were on panels this year, and I like that they had a wider audience. On the flip side of that, friends of mine who had never been to Con got a tiny taste of why someone would want to sit in a room with a bunch of strangers and listen to a random TV writer for an hour. I’m thinking that a lot of people will be more interested in small panels since they got to see how fun these creators are by themselves. My favorite “celebrity” moment has to be Charlize Theron explaining that all her coolness and her tough persona comes from fear- how inspirational is that for all us anxiety-ridden fans to hear?

Would we attend an SDCC@Home event again?

Angel: Yes, but let’s hope it never comes to that? If this pandemic is still raging in a year’s time, we will be in an incredibly dire situation and I worry for the human race. That said, if we are still stuck at home and without the opportunity to meet up in person, yes, please continue to do SDCC@Home so that we have something.

Jamie: Yes, with a caveat. There are aspects of this that I like, such as not having to really choose between panels, because you can watch basically all of them. I didn’t even have to take the time off work because I could easily have the panels up on my tablet. If the choice is between an @Home event or no event, I would rather have this than nothing at all.

But I will always want to actually be at a convention. It’s an entirely different experience. Plus as a press attendee, it makes our coverage weird.

Khai: I would for sure – but I don’t know that I’d call it “attending”. I’d just be checking out some content and seeing what different studios were releasing. I appreciate that they tried to make it feel like Con, but I wish that they’d tried to push the “this is very different and also good” angle.

Would you change anything about how SDCC@Home functions?

Angel: Honestly, I feel they did the best with SDCC@Home that they could given the circumstances. But Funko would need to get its crap together if they did this again because their exclusives sale was a disaster. But it’s often incredibly messy in person, too. A messy Funko experience may just be a part of the con at this point.

Jamie: I know that normally SDCC is very much a “do your own research” con in the same way that other major cons are, in that things like exclusives and other non-programming aspects are specific to vendors or artists. However, I feel like in a situation like this, it would be much easier to centralize everything in one place. Sites like SDCC Blog took it upon themselves to do virtual Artist Alleys, and I think that’s something that CCI can organize officially on their own.

Also, as a press attendee, I was disappointed in the lack of press opportunities. I think it would have been relatively easy to schedule a Zoom-like press conference, or even provide the chance for email interviews. Many of the shows that held panels are new shows, and I can’t believe they didn’t want to take the opportunity to promote their show. I know that’s not the responsibility of CCI, so I don’t know how much they can control that, but it’s something I would suggest to the studios.

Khai: I’m also a bit disappointed with the press opportunities. I got into a couple press Zooms that were very well-run, but that was just the work of a couple on-the-ball publicity people. Everyone else was just dropping press releases like leaves in September. I would have set up a similar system to live shows, where there’s a schedule of press events and you RSVP. On the attendee side, I would have taken inspiration from those “pass the brush” videos and had a little Artist Alley Video Tour: each creator “takes the camera” and gets a short period of time to show off their art, a link pops up in the bottom for more information, then they “pass the camera” back to the next artist. 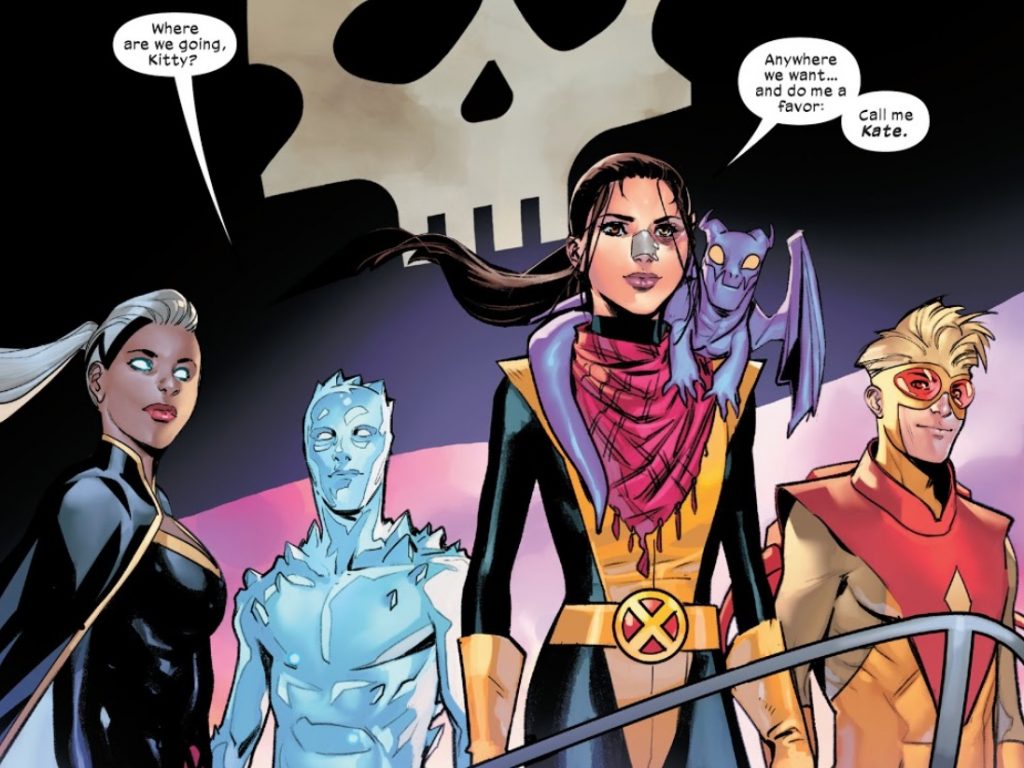 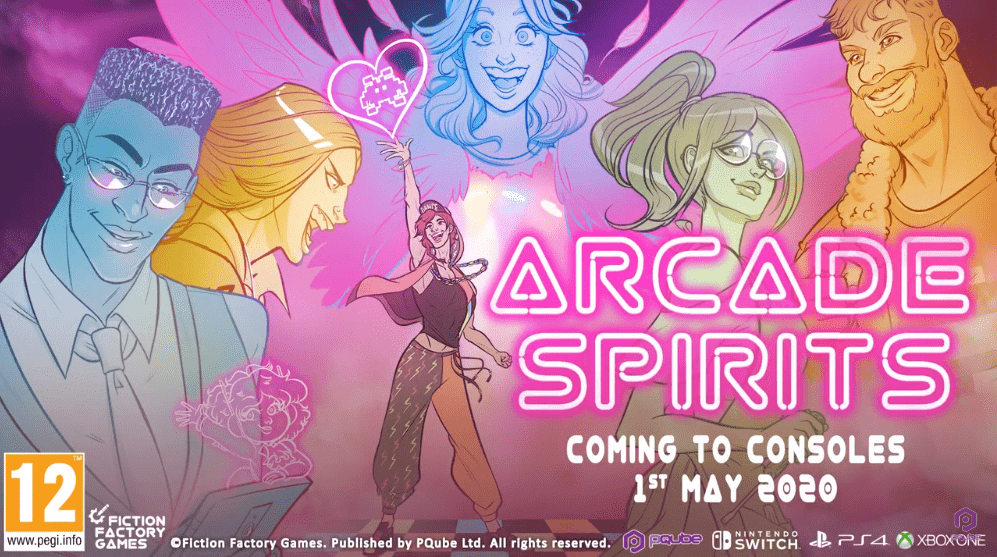