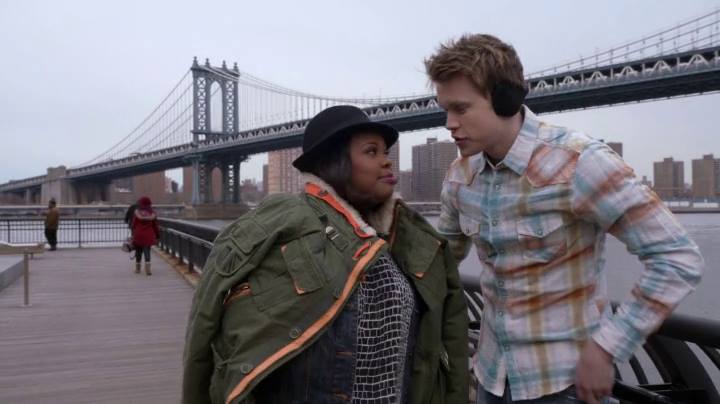 This week’s episode of Glee touched on some very sensitive topics. When Glee wants to do a serious episode the writers are quite capable of delivering. That’s why Bash was one of the enjoyable episodes this season. Not because of the song choices, but for the story and how everything was handled.

It seems I was wrong when it came to Sam and Mercedes not hooking up because it happened this week. The fun thing was Kurt’s meta about how they always had a weird relationship, and how the Glee Club didn’t notice any chemistry between them, either. Don’t know why the writers insist on making bad choices and make fun of them on the show. As long as Sam doesn’t hookup with Rachel, I think I can handle him dating Mercedes…sigh! The show did a good job depicting how interracial relationships still aren’t accepted by some people. Mercedes’ friends tell her she would be tarnishing her image as a pop star if her fans see her dating a Caucasian male. According to them, her black female fans won’t buy her album and she will disappoint her black male fans. It’s sad to know racism and being uncomfortable with interracial relationships still exist.

At first Mercedes listened to her friends and broke up with Sam, but I was glad to see her stand up for what was right and they got back together. Well, I wasn’t glad about them getting back together, but you get my point. Anyway, Mercedes (Amber Riley) also debuted her single ‘Color Blind’ and it was nice to listen to. The actress has a wonderful voice and I wish her all the best for her singing career. I still think the show needs to give Sam a better storyline. His character hasn’t done anything of importance since the season started. 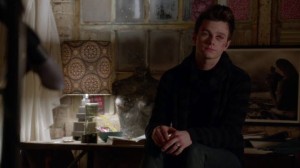 The gay bashing storyline was well-done too. Kurt (Chris Colfer) shone in this episode. Just last week I was hoping to see him get an enjoyable storyline in the future, and this week I got just that. Kurt has never been the kind of character to step down from a fight. He rushed in to save someone from getting gay bashed, and got punched and knocked out in the process. I was worried for him but he survived and performed excellently at NYADA’s midwinter critique, bruises and all. The show talked about the rising rate of gay bashing in New York, and how anti-LGBT people are lashing out more because of the increasing acceptance of LGBT people in the community. All in all, I was glad to see Kurt growing into a more mature character.

Speaking of maturing characters, Rachel (Lea Michele) seems to be falling deeper into her ‘I need to reach my dream, no matter what the cost’ persona. I’ve seen that side of her many times since Glee started. It was surprising to see her quit NYADA because of Funny Girl even after Carmen Tibideaux (Whoopie Goldberg) and Kurt told her not to. Season 3 was about Rachel doing whatever she can to get into NYADA, and seeing her give it up just like that felt like a big risk to me. I’m curious to see where this storyline leads.

What did you think of this week’s episode? Do you think Rachel did the right thing, quitting NYADA? When will Santana return? Please share in the comments.