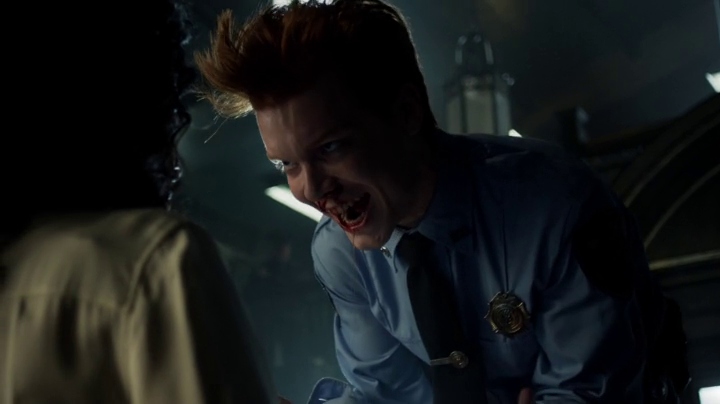 It’s clear that the writers of Gotham have put their fate in the villains. This week’s episode showed them in all their psychotic glory, and while some scenes might be too gory for some viewers, I’m enjoying the new direction the show has taken.

When Gotham first started I had high hopes for it. However, the ‘villain-of-the-week’ plot made me feel fatigued after a while and truth be told the protagonists weren’t all that interesting. The only thing I looked forward to was the interactions between the young Catwoman and Batman. Things changed when the show started to explore Gordon’s (Ben McKenzie) dark side and I’m glad the second season is continuing on the same track.

Now, I don’t have anything against the mafia war that was the focus of season one but compared to the team of maniacs Theo recruited it pales in comparison. Even though Penguin (Robin Lord Taylor) is one of my favorite characters from the show, I didn’t miss him being absent this week. The mafia storyline had predictable characters. This is contrary to the current rooster of psychopaths evoking fear in Gotham.

The villains announced the name of their team, Maniax, in a very creative but disturbing manner and I applaud the writers for thinking in the way they did. The episode just had one brutally horrifying scene follow another and it made me feel as if I was watching a whole other show. The stakes have never been higher in Gotham and I love it! 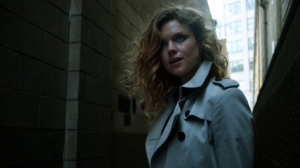 Jerome is definitely not a character who plays around and I have a feeling he’s going to betray Theo sooner or later. I also know that Barbara will betray Theo too. Those two are just too smart and manipulative to be following orders. I would’ve liked to see more of Barbara in the episode, as she is clearly one of the better characters, and I hope I get my wish next week. She definitely enjoyed torturing the mayor and I’m looking forward to seeing how far she can go.

You might have noticed that I haven’t talked about the good guys yet. That’s because compared to the villains they are just plain boring. Even kid Batman has gotten boring and his fight with Alfred didn’t hold the emotional punch I was hoping for. It was good to see Lucius Fox again though and I think he’ll be able to fix the computer Alfred destroyed and we’ll get a Wayne Enterprise subplot which most of you probably wouldn’t even care about.

The episode ended with a massacre at the GCPD and I was sad to see Commissioner Essen go. The good thing that came out of it was that the GCPD realized they are up against a whole new breed of villains, one that outsmarts them at every turn. Things have finally gotten serious in Gotham and the show has now started to resemble the dark city Batman has sworn to protect.