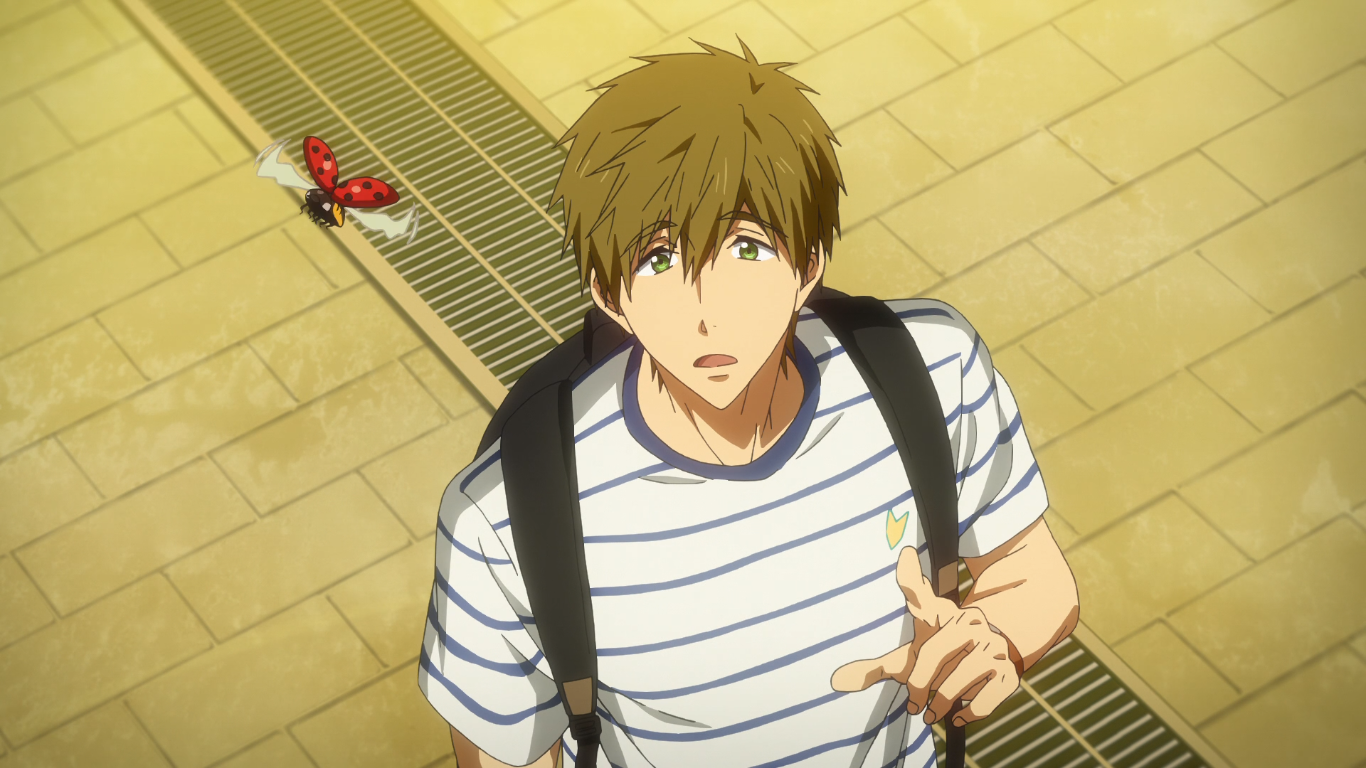 “The Grab Start of Hope!” seems to start a lot of new storylines, considering there are only a few episodes left in season 3. From Makoto coming to a decision about his future to the results of Sousuke’s surgery to setting up Haru’s potential Olympic run, there is too much going on for there not to be more Free! in the future.

It was nice, after so long being focused on Haru/Ikuya, to have a Makoto-centric episode. I’d thought that once Makoto took the swim coach job that we were kind of done with him, so I was pleasantly surprised that “The Grab Start of Hope!” introduced the idea of trainer!Makoto. I have always loved Makoto and Haru’s relationship, and it was nice to see so much of it in this episode, with Makoto worried that he hasn’t heard from Haru (two weeks? I’m surprised he didn’t try to track him down sooner!) and talking him into listening to his coach.  But it was also nice to see Makoto with Rin, and that they talked about Sousuke. (After Makoto and Sousuke spoke on the phone that one time, I thought we’d see more of their friendship. I guess there are just too many characters for that.) 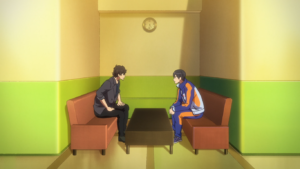 But speaking of Haru, I’m so glad that they didn’t go with the super emo route that they did in season 2. Swimming with Albert seems to have fired up a competitive spirit I didn’t even think Haru had, which shows great development in his character. I still hope that he eventually chooses to swim the other styles, but I guess Haru wouldn’t be Haru if it wasn’t all about free.

I also appreciate that we learned a little bit more about Ryuuji and his motivations, primarily because it helped Makoto along in his decision-making, but also because he’s just a really interesting character, and I like that we get to know more about him. I think his journey mirrors Makoto’s a lot; I’m sure half the reason Makoto chose not to pursue swimming in university is because he knew he’d never go very far with it. He only ever wanted to swim with Haru, but Haru will go farther than he ever could. 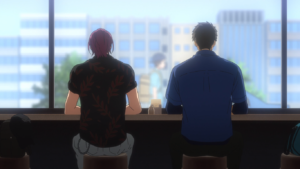 We had three Rin reunions in “The Grab Start of Hope!” and they were all fantastic. I love his and Sousuke’s relationship – from getting him that tacky Australia t-shirt to tearing up when he learned that Sousuke’s surgery was a success. And from there we had Makoto and Rin just hanging out at an aquarium, giving each other and the audience a nice exposition dump so we could all be caught up on what’s going on. And then, he drove Makoto all the way up to where Haru was training, then hung around the corner for like an hour while Haru chatted with his coach so he could make a dramatic entrance. All of them were so different and yet so Rin. It was perfect.

Have you all seen “The Grab Start of Hope!”? What did you think?