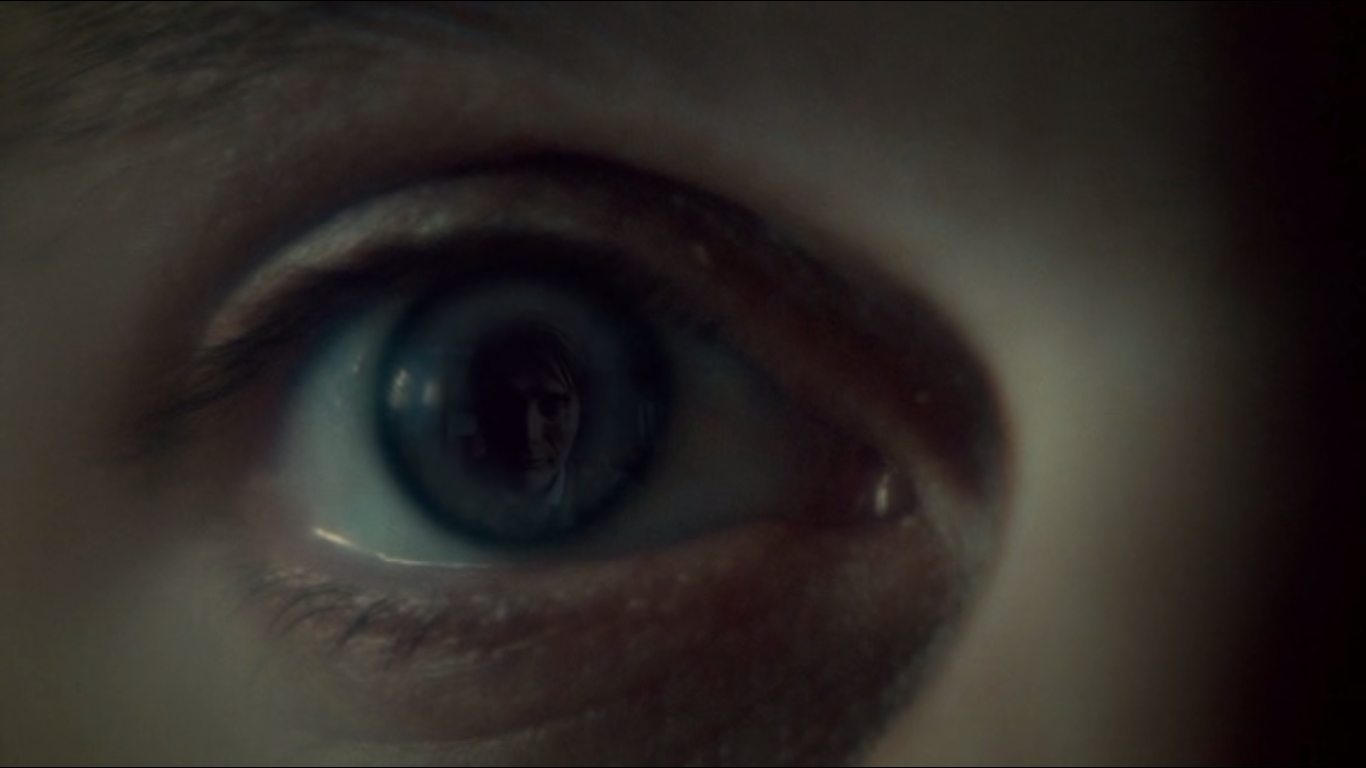 This episode managed to up the gross factor yet again.  How this show manages to do that on a weekly basis, I’m not entirely sure.  How they manage to get this massive amount of gore on an American TV network is even more impressive.  But beyond the gore, this episode has put many plot elements into position heading into the finale.  We generally know where things are headed (cringing at the future state of Jack’s neck already), but not exactly what catalyst leads us there. This episode has placed all the characters exactly where they need to be to lead to that climactic scene that opened the season, but now we just need to see what triggers it. 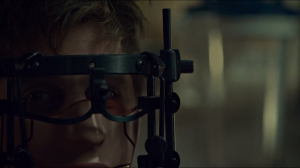 The Verger plot came to a head in this episode.  Things aren’t exactly wrapped up in a nice neat little package, but at least Margot is in a better position than she was just one episode ago.  Mason brutally violated her and insured that she could not longer have children, thus insuring that he’s the soul Verger heir.  This wasn’t enough for him, though, and he made sure that the surgeon left a physical scar on Margot as a visual reminder of what had transpired.  The episode ends with him being maimed beyond recognition, having torn his own face off piece by piece and feeding it to Will’s dogs while in a drug induced haze.  He’s not dead, so Margot can still enjoy the benefits of the Verger fortune, but he’s been inflicted with his own visual reminder of the entire incident.  His is far more brutal than hers, though, and it’s safe to say that he’ll never have a normal interaction with another person ever again.

On that note, I just want to point out how incredible Michael Pitt’s performance has been in the past few episodes.  The only previous work I’ve seen him in was Boardwalk Empire, where he plays a rather low key character named Jimmy.  His emotional range in that role is heavily tipped in one direction and we never really got to see his full acting range.  Here he plays something so drastically different that I almost don’t recognize him.   Pitt is ridiculously talented and he deserves a bit of recognition for this truly disturbing performance.

Once again we find pathological criminal covering for Hannibal, even though the knowledge that he has about him could destroy the psychiatrists life.  Hannibal keeps taking huge risks by revealing his true nature to these people, but letting them continue living afterwards.  I’m still not entirely sure why Abel Gideon didn’t reveal everything he knew a lot sooner, but I suppose, like Mason, he had his own motivations for keeping that information to himself.  All it will take is for one of these risks to be miscalculated and Hannibal’s entire operation will come crumbling down around him.  Then again, that could very well be what we’re about to see in the finale.  Will could be his miscalculation. 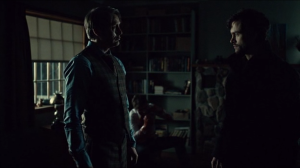 On the topic of Will and Hannibal’s unsteady relationship, I’ve actually gotten to the point where I don’t know what Will’s game is anymore.  Since Will is the protagonist, I’d assumed he’d always be playing for the good side and working on behalf of Jack, but his behavior these past couple of episodes has actually made me question that.  First he willingly ate a person, then he proceeded to lie to Jack about it and other important details of his interactions with Hannibal.  Considering what we know about Jack’s fate in the finale, I’m not sure if it’s going to be Jack’s suspicion of Will that’ll lead him to confront Hannibal, or if Will might actually prove to be working with Jack and finally reveals the vital bits of information that he’s been keeping secret.  Will might just be playing his own long, deceptive game and feels that keeping information from Jack is a net good.  Jack did suspect Will of being the copycat killer and a vegetarian of being the Chesapeake Ripper, after all, so doubting Jack isn’t exactly a bad thing.  It’s still a troubling play on Will’s behalf and makes him a massive wild card.

Will could have also killed Hannibal during this episode (he even imagined doing so), but instead he saved his life.  I’m trying to think of logical reasons why he would do this.  Does Hannibal need to be alive in order for justice to be properly served?  Surely there would be enough evidence at Hannibal’s house to peg him as the Ripper and if he’s dead it’s significantly easier to gather all that evidence.  Or is it simply the fact that this would have been straight up murder, no possible way to excuse this as self defense, and Will didn’t want to get involved in such a sticky situation?  I think the situation that he’s in is sticky enough already, so I’m not sure I buy that excuse either.  But why would he do it?  This is another incident that is having me genuinely question Will’s game here.  I can’t think of a logical reason for him to do this other than him genuinely wanting to save Hannibal.

The openness of their conversations has thrown me for a loop as well.  The entire opening sequence of the episode they are so honest with one another about everything that’s happening.  Will freely admits that he told Mason that Hannibal wants to kill him.  Hannibal likewise admits that he wants him dead, leading to the wonderful “eat the rude” quote that fandom has been anticipating since the very beginning.  They are seemingly playing a game with each other, but putting all of their cards openly on the table as they play.  The only thing that Will seems to be keeping from Hannibal is his conversations with Jack.  But he’s not telling Jack anything either.  This is another reason that I feel Will is playing his own game entirely.  He’s not being completely upfront with either side about what the other is doing. 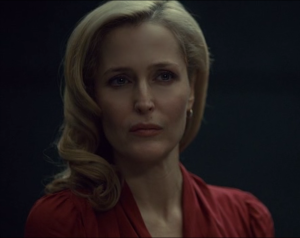 The biggest shocker of the episode was the return of Bedelia played by the lovely Gillian Anderson.  She’s an incredibly intelligent woman, but she admits that Hannibal had managed to manipulate her.  Unfortunately now that she’s returned I feel like we might be the next major character death on the docket.  Perhaps she’s the one Hannibal is cutting up when Jack finally confronts him.  If she manages to survive the season I will be truly impressed.  Whenever anyone gets to close to Hannibal’s secret they get killed, maimed, or imprisoned.  The fact that she fled before he had a chance to do anything to her was a blessing, but now she’s back and I can foresee bad things in her future.

We’re now positioned well to head into the finale.  All the characters are in place, wound up, and ready to go.  What will lead Jack to confront Hannibal?  What game is Will playing?  Will Bedelia survive?  I’m so tense I can hardly breathe.