Hannibal 3×11 Review: … And The Beast from the Sea 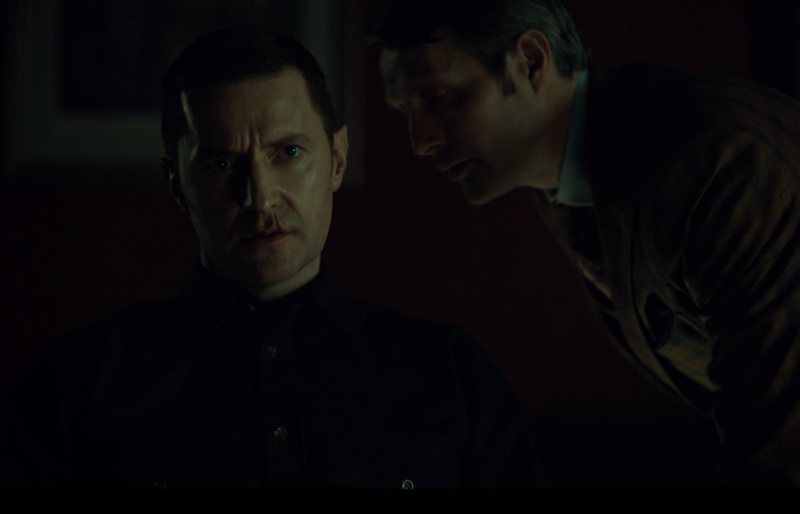 Molly is a complete badass from head to toe.  Introducing a love interest into a show is hard.  But the odds were stacked against Molly from the start here even more than a typical love interest on any other show.  She is introduced after a three-year time jump, leaving out huge portions of her backstory and any motivation for why we should be cheering for her and Will to be together.  To top that off, Will is already part of one of the biggest slash pairings around, making it easy for people to dismiss her.  Despite this, she’s become an incredible character in her own right and proved to be incredibly kick ass. 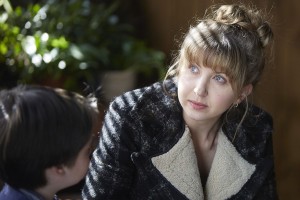 Let’s just start at the beginning of her badassery.  The only thing that tipped her off that someone might be coming for her and her son was the distant sound of footsteps on the porch.  I’m the type of person who, when they hear something strange, dives under my covers and hopes it’ll go away.  I would die in this situation.  She not only reacts quickly, but continues to keep her wits about her as she constantly deflects his attention and gets both her and her son to safety.  And then when she wakes up later in the hospital bed, she’s snarky and hilarious.  You can tell the whole ordeal has weighed on her, but her personality shines through despite the fact she was introduced after a huge time jump.  She is Molly and she is awesome.

Another point towards her badassery has less to do with her as a character, but how the creators chose to utilize her.  I thought for sure she’d be stuffed in a fridge this week, but nope.  I should trust Bryan Fuller more.  He hasn’t really disappointed me yet, and I truly feel he’s got his finger on the pulse of the fandom.  The fandom wouldn’t respect his writing if he created a love interest just to kill her and push Will’s buttons.  In fact, the fandom would probably have revolted (even Molly detractors, if such a thing exists).  So bravo.

Despite the fact that I’m fangirling hard about Molly, lots of other things happened this week.  Hannibal is continuing to play his own game, not letting the small (yet finely decorated) prison cell keep him from playing psychological games with those on the outside.  Aiming Francis at Will’s family was a classic example of his manipulation, but a small part of me also thinks it’s rooted in jealousy as well.  Oh man, you almost thought I’d get through this review without me talking about viewing the show canon through a shipper lens, didn’t you? Well sorry.  I truly think Hannibal is jealous that Will moved on with a different family and moments like this only help solidify that reading.

The end of the season is coming fast and I don’t know how things are going to shake out.  And I’m still in denial about the so called “cancellation” of the show, so I’m not even looking at this as the last few episodes of the series.  I’m very eager for the next couple of weeks and look forward to Hannibal finding new life on some other amazing network (or digital network).  We can do it, Fannibals.