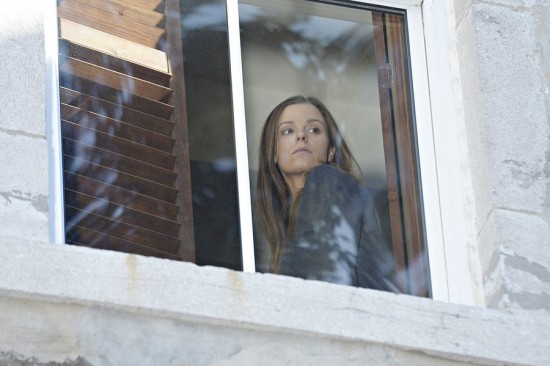 A lot happened this week in “Plan B,” and we continued down a very dark path. Well, in this case, it was mostly Peter’s dark path. Our favorite misunderstood brother took his ability to be brainwashed to the next level, and has become the most brutal character on the show. Perhaps the vector king had that angst bubbling right under the surface and was just waiting for someone — in this case, Anne — to bring it out. 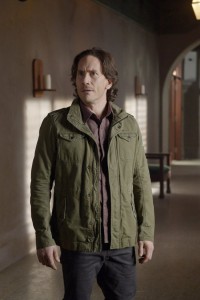 Anne has definitely become the most interesting character on the show. In the beginning, she seemed timid and let Agnes and Amy do most of Michael’s minion work, but her interactions with Peter have really cast her in a new light. She recognized that vulnerability in Peter and took swift advantage of it. It seems to be her plan to kill everyone on the island that is not part of the abbey, but Peter is the one doing the dirty work. I like evil Peter as much as the next person, but to me, it doesn’t make sense that Anne suddenly made this happen.

“Plan B” did have some really good elements, though. We finally got to see Julia and Sarah team up to take down Amy. A very reluctant Sarah went along with Julia’s plan to implant the fetus into Amy, thus making Amy immortal through the exchange of cells. Little did Amy know, they did not implant the fetus, and did not even try to make her immortal! They took a page from Michael’s book and injected color into Amy’s eyes so that it appeared she was immortal. Good job, Ladies! 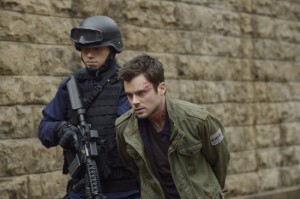 Even scarier than monkeys and mass murder was in the introduction of the so-called “Plan B,” a gas acquired by the military that can be weaponized and kills all living things within an area. Of course, after fearing that the mycotic outbreak went beyond the island, the military decided to decontaminate all of St. Germaine. Luckily, the abbey was able to close itself off and spare most of the followers and our CDC team. Amy was not so lucky. While thinking that she had just gained her immortality, she went outside to celebrate with a dance, and instead got her skin melted off. RIP, Amy.

Finally, one last storyline to wrap up: Mother. Well, Amy kept up her end of the bargain after gaining fake immortality, and revealed the hidden location of Mother to Julia. Unfortunately for Julia, she found Mother just as Plan B was being dispersed, and later discovered that the gas had killed the root. Needless to say, Julia is not pleased, and it looks like we will be seeing Ilaria’s plan of mass genocide via Narvik come to fruition — in two days.

We only have two more episodes left of season 2! I, for one, am hoping that we see Sergio again, and that Peter finally gets his comeuppance (although I don’t want Peter dead because I love Neil Napier in this role). Do you have any ideas about what is in store? Leave a comment!