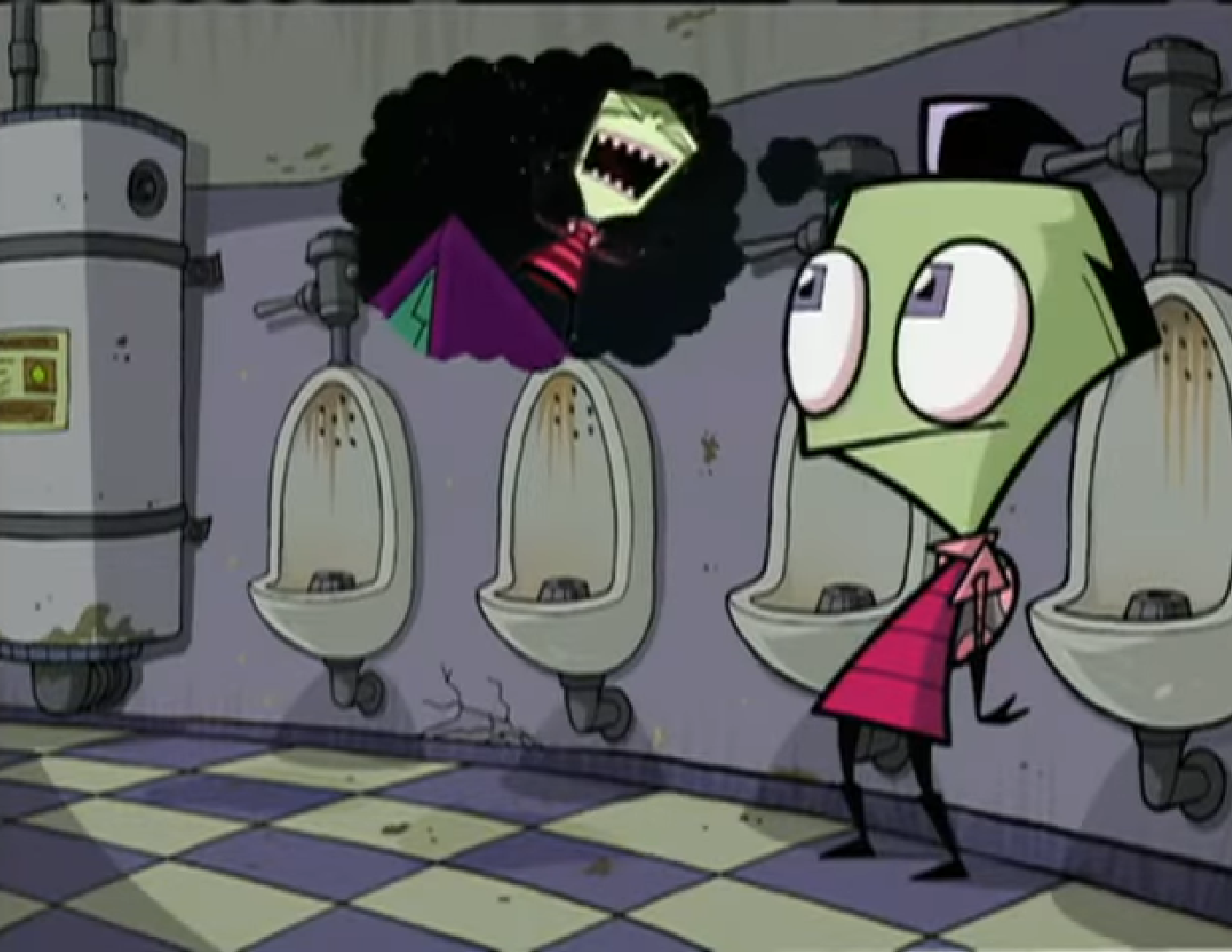 Invader Zim is coming back to Nickelodeon! More than 15 years after the show first aired, Invader Zim: Enter The Florpus! will introduce a new generation to Earth’s would-be conqueror (and his “dog” Gir, of course).

Invader Zim had a relatively short run in its first incarnation. It was cancelled in its second season. Rumors flew about the reason, but it boiled down to a ratings versus cost decision by Nickelodeon.  Fans- me included- were pretty upset by the decision. Creator Jhonen Vasquez has a gift for creating intensely weird but compelling characters. The voice cast was amazing, too: Richard Horovitz (Zim), Rikki Simmons (Zim’s robotic “dog” GIR), Kevin McDonald and Wally Wingert (Almighty Tallests Purple and Red), and Andy Berman (the series antagonist, Dib).

What really struck a chord with audiences was the gleefully dark humor. Nick had an edge in gritty humor for kids, but Invader Zim went a shade darker than even The Ren & Stimpy Show. The show didn’t talk down to kids or candy coat Zim’s goal of total domination. It just told a story about a bizarre little dude trying to prove himself as a villain, and that resonated with fans of all ages- and genders, too.

“The original audience was little boys, but what ended up happening was we had a huge audience of girls. 50% girls, which was weird at the time for a comedy adventure show. Which was awesome,” Vasquez told The Geekiary at SDCC.

“The DVDs I sign are mostly from women,” McDonald agreed.

The fan base hung around even without new content. Merchandise sales were strong enough that eventually Nickelodeon aired the abandoned episodes from Season 2. An Invader Zim comic book started in 2015 is still going strong, with Issue 33 set to be released August 8th.

Nickelodeon played with resurrecting the show back in 2010, but even though reruns had outstanding ratings it was still too expensive to bring back new episodes. That’s why it was so exciting when the made for TV movie was announced last year, and why the trailer at SDCC has gotten so much attention.

Better yet, Vasquez made it clear that this isn’t a reboot. “This is just more Zim.” The movie will have some callbacks to the comics, but it’s mostly its own thing. All new Invader Zim, like a piece of a mildly disturbing childhood dusted off for a new generation to enjoy. Awesome.

There’s no release date for Invader Zim: Enter The Florpus! yet, but since the voice work is reportedly done it hopefully won’t be too much longer. Keep an eye on Nickelodeon’s Twitter so you don’t miss the premiere.

Maybe if the ratings are high enough, Nick will bring Invader Zim back more permanently.

Watch our full SDCC interview with Vasquez, Horovitz, Simmons, McDonald, and Wingert here to tide you over until the movie comes out, and feel free to share your thoughts (or vent your feelings) below.