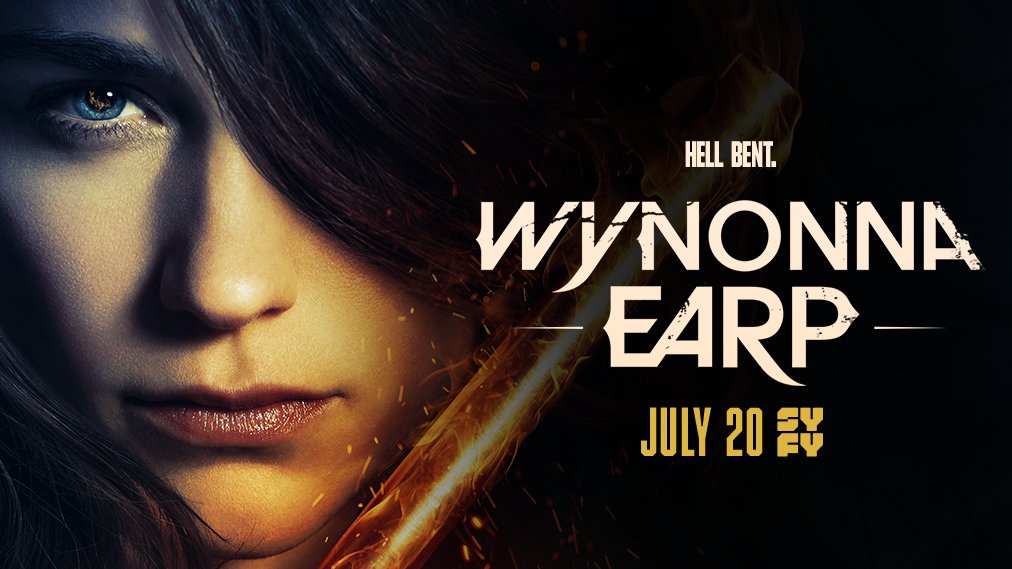 Dragons, sexy fog, potato-licking, and demons–these are all things that the Wynonna Earp fandom is very familiar with. The cast and creators descended on San Diego Comic-Con this year to talk fandom, what’s ahead for season three, and why Earpers are the best fans in the world.

Very few people are more loyal than Earpers, so it was an absolute privilege to be able to attend the panel and press room for Wynonna Earp at San Diego Comic-Con 2018. This is my third year attending the press room, and just as in past years, it was my favorite. There is just something so real, personal, and incredible about the cast and creators of this show. Be sure to check out the press room video playlist for all nine (yes, nine!) videos.

We all know that Wynonna Earp is one of the most feminist shows on TV, but according to graphic novel creator Beau Smith, season three will also be the….foodiest. According to Smith, showrunner Emily Andras has a running theme of food throughout the season, most notably from the season three trailer featuring a woman licking a potato (needless to say, potatoes have become an unofficial mascot among Earpers). But don’t worry, the things we love the most about the show (especially the ships!) will be back in full force throughout the season. There will be plenty of WayHaught, Wynonna kicking ass, and Doc trying to reconcile his feelings about losing Alice and being mortal. There’s also that little issue of Mama Earp coming back into the fold.

And, also, the most important news of all: we are getting a season four! This was my favorite tweet in all of SDCC:

For even more inside info from the Wynonna Earp press room, see our complete playlist below.

What are your predictions for the rest of season three? What is on your wish list for season four? Let us know in the comments!

Previous:GotG Cast Posts An Open Letter In Support of James Gunn! What Will Disney Do?
Next: Nickelodeon Is Singing the Doom Song Again with ‘Invader Zim: Enter the Florpus!’