Why SDCC Should Be Cancelled or Postponed 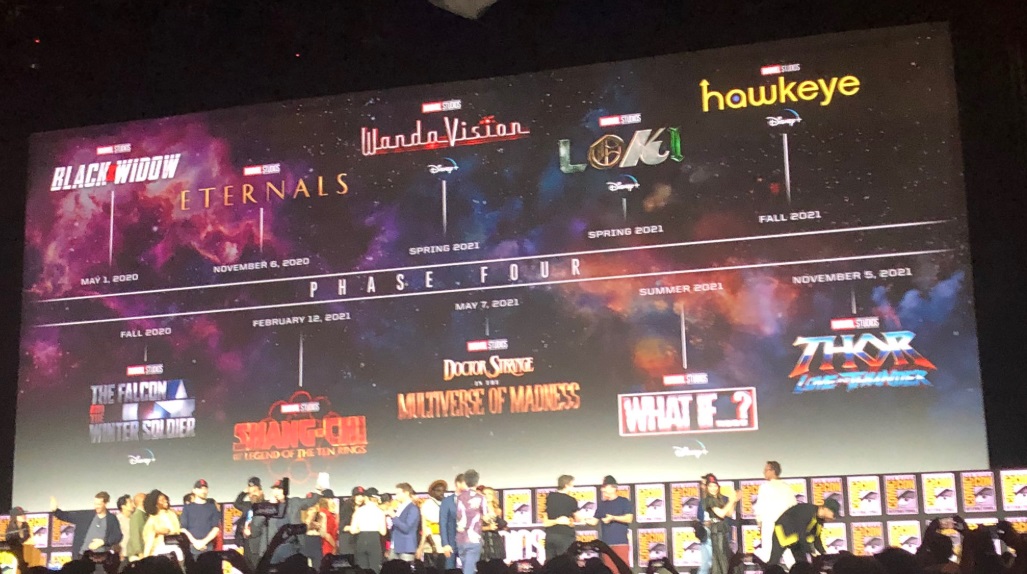 SDCC hasn’t been officially cancelled or postponed yet, but it definitely should be.  Please brace yourself for heartbreak.

When I saw a tweet from Comic-Con International this morning, I thought for sure that SDCC had finally been cancelled or postponed.  But no, it was actually a statement to the contrary, much to my surprise.

CCI is holding out on making any official announcements on the event and giving fans hope that it should go on, it seems, but it feels like false hope to me.

As we continue to monitor the situation with local authorities, we will post updates on our social channels! Until then, remember: “A hero is an ordinary individual who finds strength to persevere and endure in spite of overwhelming obstacles.” — Christopher Reeve 2/2

Frankly, it shouldn’t happen.  I understand that they may want to wait until their hand is forced to cancel it by the government as we’ve seen time and time again with other convention cancellations, but for those of us paying attention we can see the writing on the wall.  July is far too soon to cram 130,000+ people from around the world together and not expect it to have negative repercussions.

To be perfectly clear, I don’t want the event to be cancelled.  I’ve been attending the event consistently since 2011 and plan my entire year around the trip to California.  Everyone knows this con is my life and I would never wish ill will upon it, despite what it seems like right now.

But for the health and safety of attendees and the surrounding community, SDCC should be cancelled or postponed.  Here’s why…

The Virus Will Likely Still Be Somewhat Active In The Summer

I’ve been following the outbreak since it first came on the radar back in January, and I’ve been speculating that the spring convention season would be severely impacted by the virus.  I did not, however, expect the summer season to get so thrown off kilter as well.

Sadly, most models I’m looking at show this lasting into the summer, and possibly the fall depending on which source of data you use.  There are a lot of models out there, but for the purposes of this discussion let’s use the information at HealthData.org, which is actually more optimistic about this wrapping up in the early summer than other sources I’ve encountered.

Both their California and United States models show it trickling down to almost nothing by late June.

This could mean that it’ll be over by the time the convention comes around, but you have to be comfortable with two things:

I’m personally not terribly comfortable with either of these things, though your mileage may vary.  Maybe you don’t care about sparking a new outbreak or aren’t bothered by such a rapid tonal shift of flipping from a huge international traumatic event to a fun convention in just a couple weeks like a lot of us are, and that’s fine.  You do you.

The Event Attracts an International Audience

It’s important to note that the above two models are also centered around the United States, but the event has over 135,000 attendees from over 80 countries.  Some of these countries could have curves behind ours, meaning they could still be fairly active in July when our own curve has mostly dropped off.

We could, I suppose, block those countries from entering the United States, but CCI would have to step up and offer some sort of special refund rules for those attendees as the decision would likely be made past the May refund deadline.  Anything else would be unfair to these attendees.  If there was ever a special circumstance, this is it.

The Convention Center Is In Use

The San Diego Convention Center is currently being used to shelter San Diego’s homeless population during the outbreak.  I don’t know their timeline for moving them out of the convention center, but I don’t believe they would do so before the peak of cases begins to subside, as noted in the models above.

That means they’d likely be moved out in late June or early July, best case scenario.

Make note that timeline is my own speculation, so feel free to take it with a grain of salt.  I would just hope they wouldn’t let loose a vulnerable population early, but perhaps I have too much faith in my fellow man here.  Perhaps that’s absolutely something they would do.  Am I naively optimistic?  Maybe.

I have faith that the convention staff would be able to flip the convention center from a shelter to a usable convention space in a matter of weeks, but this brings us back to the point… would we want to attend a large con so soon after something so traumatic took place?

Being able to physically do something doesn’t mean it’s the right thing to do.

Other Events at the Same Time are Cancelled

The Olympics, which is scheduled for the same weekend, has pulled the plug for 2020.

Some may say that the Olympics is a lot larger, which is true – it attracts about a half a million visitors each year in addition to thousands of athletes.  It also draws in over 200 countries whereas SDCC drew in just 80 last year as noted above.  I’m definitely not going dispute the size comparison.

However, the potential for spread is still comparable, even with the numbers differences.  Simply put, there are thousands of people from all over the world coming together in one small tight spot where everyone is all up in each others business.  If one of these events feels like July is too soon to move forward, the other should probably make note.

Media Releases Have Been Pushed Back

A lot of television shows and films have pushed back filming or release dates in response to the outbreak.  I can hear the old guard SDCC fans celebrating this as a ‘return’ to the ‘good old days’ where it was ‘about comics.’ But that’s not who I’m talking to right now.  I’m talking to fans that go to this event for a lot of reasons and having a huge portion of their media franchises and studios pull out of the event.

Personally, I’ll still go even if none of my favorite stuff is there.  I’ve become more of a fan of the event itself than any one franchise that may or may not go anyway.  But the potential for a very bare con moving forward if it doesn’t get cancelled or postponed is incredibly high, and I empathize with those who feel like the event might not be worth attending if hardly anything is there.

As stated, I don’t want this to be cancelled.  My entire year every year for the past nine years has focused entirely on planning for this event.  I’m a bit fanatical about it, you know? And if it does get cancelled, I’ll definitely cry.

Please, with an extreme amount of love and respect for the event, I’m begging the powers-that-be to cancel or postpone the con.