James Remar Talks ‘Dexter’, ‘The Legend of Korra’ and More At MegaCon 2016 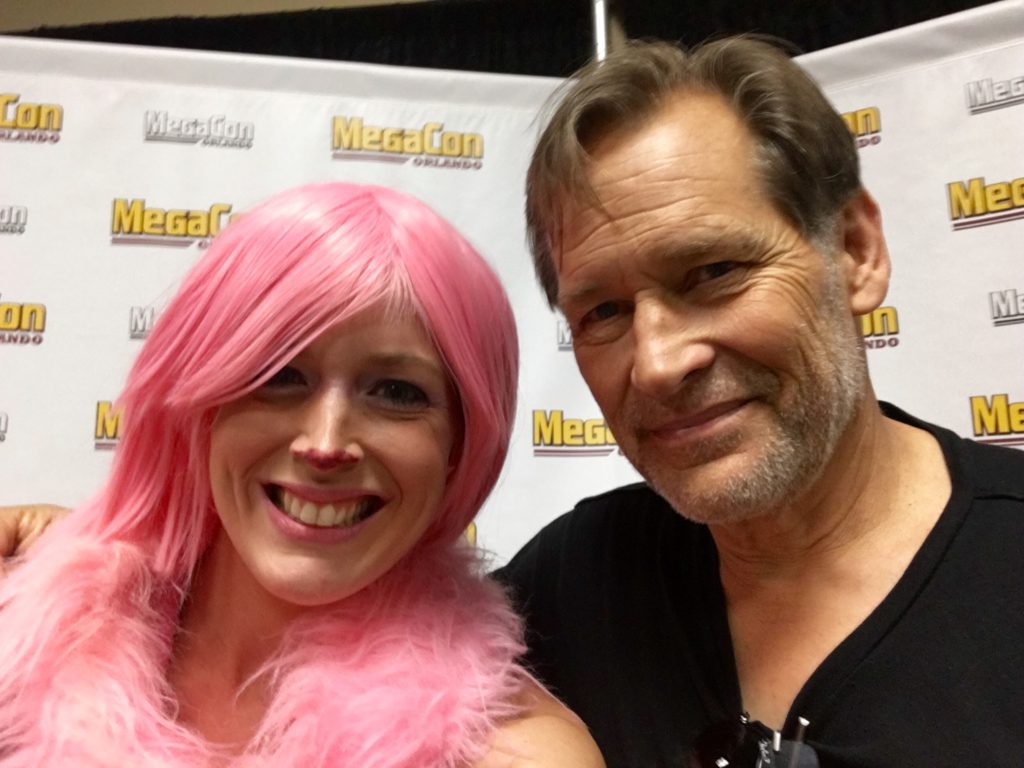 James Remar was at MegaCon 2016 where he talked about his career, Korra’s coming out, Dexter, and more. Check out the highlights from his panel.

Our very own Tara Lynne was the moderator at the panel. She, along with the attending crowd, were able to ask James Remar some very interesting questions. On his experience filming Papa Hemingway in Cuba James said, “It was unique because no movies have been shot there from the West in over 50 years […] We were the first US-based film to shoot there. It felt like we were on the forefront of a new developing thing because shortly right after that it was — we opened up relations with them again […] It’s an amazing place.”

James’ character in Dexter (Harry) being a survival instinct image in Dexter’s head led to a question regarding James having anybody like that in his life. “I have a number of mentors that, in different areas, have helped me synthesize my own code. I’ve had a dear friend; one of them was guy by the name Hubert Shelby Jr., who was a very well-known author. He was very important to me. Very close friend. He wrote the book Last Exit to Brooklyn and Requiem for a Dream, both of which were made into pretty intense movies. He was guy who showed me how one could carry themselves with dignity and respect and still have a very dark and pessimistic view of the world but always tempered with love and hope.”

He also mentioned another friend of his, a captain in the New York Fire Department who was killed on 9/11. “He was my closest friend and he gave his life doing what he loved and I can’t imagine he would’ve wanted it any other way. If he had been on vacation or out of town the day that alarm came in he couldn’t have lived with himself. So, that kind of dedication is something I don’t really have but I do aspire to, and I’m proud to have known them.”

Asked why he didn’t do more episodes of Dexter, he explained that it was contractual. “I signed up for 9 out of 12 episodes and they never bumped it. That was contractual. It had nothing to do with creativity. I think I did three seasons where I did 10 episodes. But they were kind of locked into that mentality and just didn’t seem to understand that it was something they had to expand.”

He also said that the reason being the cancellation of the series was uncertain. “That’s pure speculation. Mike [Michael C. Hall] had a deal for as much time as he had done and he carried that thing for 8 or 9 years, and I think he just had enough. He needed to move on and do other stuff. He really did.” 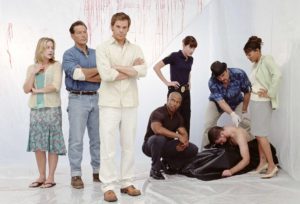 On his experience working in Sex and the City, he remembered it to be challenging acting alongside his co-star Kim Cattrall. “It challenged me to be on my toes and be at my best. I got an idea of what maybe it was like to be a woman on an all-male set. I was the guy being in an all-female set. That being said, she’s [Kim] a tough lady and she has her own idea about how she should play her part and I respect that. […] Sometimes it made for some tension but fortunately that tension translated into good screen chemistry. Sometimes you see people with the sparks really flying on-screen and off-screen it ain’t so much.”

Coming back to Dexter, the topic of Dexter and Debra’s romance came up. “I didn’t care for any of that. I’m not a big fan of incest even though it’s between brother and sister that aren’t really brother and sister. To me it always felt like they were grasping at straws.”

James also talked about the reason he has been in so many movies. “I think it’s a reflection of the kind of movies I like to watch. If I’m watching a movie and while I’m watching I can imagine myself in it, those would be the kind of movies that come my way. Having said that, there are a lot of movies with a quiet and dramatic nature that I’ve not done as many as I would like to. Probably because they’re so difficult to get made.”

Talking about his voice-acting credits, he also talked about the fictional characters he would like to voice. “I’d make a good Batman. I’m not feeling too drawn to voicing Superman. However, I would like to do Prince Namor from Fantastic Four. I’d be a good Submariner.”

He also had kind words to say about the late Paul Walker. “He was a rising star. An energetic guy. Sometimes I think he got a little out of hand, but when we overcame our differences he was a very sweet young man, and I’m very, very sorry that he [died] like that. That’s a real tragedy.”

On working in The Warriors, James remembered the good old times. “Being a young actor in New York City and filming at night, it felt like the center of the universe. I was 24 years old. It was my first big part. We were not only running around in costumes and doing these things and being creative and getting to play scenes that were really important to us […] As young New York actors, and that’s something that’s completely gone now, the whole scene we had going back then is gone. I think it’s to the detriment of the actors that we don’t have that kind of, because we were all theatre actors, and that’s just not there anymore. It was a bunch of theater actors standing in front of the camera for the first time playing it as if we were doing it on stage. That’s why it seems so alive, so vital, so present.”

He also talked about the differences and similarities between his character Harry from Dexter and Cephalo from The Shannara Chronicles. “I think both of them lived by their own standards within the societies that they are in. I enjoyed both of those guys. If I’m not enjoying it I’m probably not doing it. Harry was a great challenge. It was an exciting and intellectual challenge for me. Harry represents the conscience of fathers who send sons to war. So long as you’re on the side of right it is okay to kill a bunch of people […] The character in Shannara, Cephalo, it is kind of like he’s the leader of a biker gang. They have rules. I may be a bastard but at least I keep my word. If he said he was going to do something he did it. I like characters that have standards and stick to them, especially stick to them in the script.

While he hadn’t seen the finale of The Legend of Korra, after being told how the series ended with Korra coming out as bisexual, James only had praise for the show and approved of his fictional daughter.

“It was like working on a high-quality film. The Legend of Korra was more in the style of the Japanese anime. It had a little higher level of perfection and more attention paid to detail. With it having a female central character was interesting and for me it gave me a sense of continuity and nostalgia because my children grew up watching The Last Airbender. So, doing that as an adult made me nostalgic and was fun.”

What are your thoughts about James Remar’s panel from MegaCon 2016? Let us know!