John Cho Will Soon Be on Our TV Screens Once More 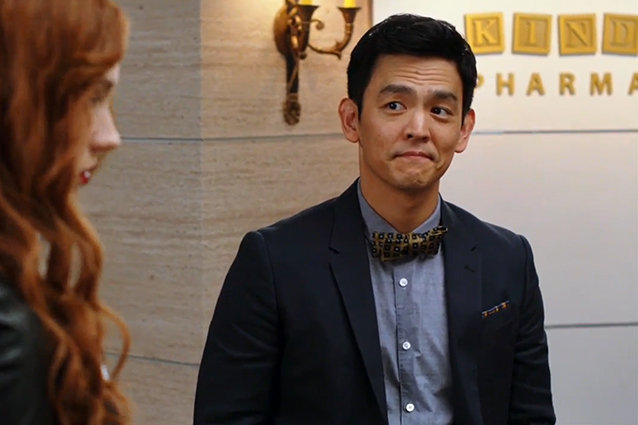 It’s been far too long since John Cho has graced our television screens, but worry not, everyone. He has another show in the works, and this time he’s playing a con man.

Selfie, the half-hour sitcom based on My Fair Lady (or rather, Pygmalion), may not have been a massive hit, but it accomplished two things. First, it brought John Cho into our homes on a weekly basis and that can never be a bad thing. Two, it featured an Asian character in a romantic role – a starring role – where he was more than just the lovable sidekick or the wise, mystical recurring character.

Hopefully, we’ll get both of those back with the new hour-long drama Connoisseur, which is currently being produced by USA. John will play Clay Park, a con man who sells fake wine. According to Variety, Clay is “a brilliant con artist who dupes the wealthiest, most powerful people in the country into paying millions for fake wine, but his hustle forces him into a deadly bargain with an organized crime syndicate, puts him in the cross-hairs of the FBI, and unearths the details of a tragedy that fractured his family years ago in Korea.”

By the way, he is also listed as one of the show’s executive producers.

I’m a big fan of USA’s original programming, and this show sounds like a cross between White Collar and Suits (maybe even Graceland) and has a very intriguing premise. John certainly has the acting chops to pull off all sorts of roles, and if you doubt his versatility all you need to do is take a look at his filmography. While it is being billed as a drama, I anticipate that it will still have plenty of lighter moments that take advantage of John’s excellent comedic timing.

Connoisseur has the potential to be amazing – USA can really put out some quality shows – while also featuring an Asian character in a starring role, something that it still severely lacking in television. Plus, shows on cable don’t need to have the huge ratings that network television relies on so heavily, and USA definitely stands behind its programming. Fingers crossed that this means we will have multiple seasons of John Cho being a con man (in formal wear, please).

Are you guys excited to see John Cho in a new show?