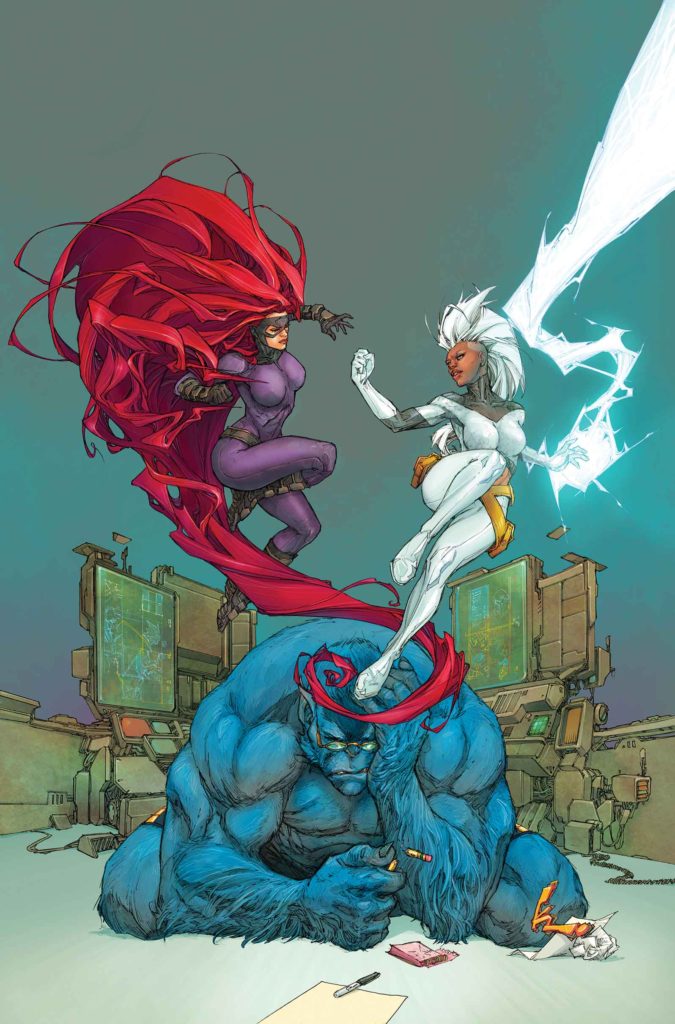 Marvel Comics solicitations for November 2016 will conclude the Death of X miniseries and begin the Inhumans vs. X-Men war!

There are a lot of exciting X-Men titles to look forward to in November. While I can’t wait to read them all, there is also a sense of dread concerning what will happen to the mutants.

Here’s the official description for IVX #0:

“This issue sets the stage for the upcoming Inhumans vs. X-Men mega-event! Learn who the major players will be, plus the seeds of the incredible plan that will unfold in IVX #1. Beast and Iso travel the world to learn a desperate truth, the X-Men assemble their ranks and the Inhumans prepare for the war to come. It all begins with one choice — see it here.”

I’m looking forward to reading this 40-page issue. The cover looks amazing, and it has been a while since I’ve seen Storm have a good fight. I want her to unleash all of her fury to save the mutant race!

The Kingdoms Fall arc will reach its conclusion in Extraordinary X-Men Issue 16. Where will the X-Men go from here?

The final two issues for the Death of X miniseries will also be released in November. Fans will finally get to know what Cyclops did and see the first battle in the Inhumans and X-Men war.

X-Men ’92 will be facing Apocalypse in Issue 9. I just hope the upcoming arc is better than Apocalypse Wars.

In non-X-Men related comic book news, the New Avengers will be concluding its run with Issue 18. While we’ll get to see most of the young superheroes continue to work as a team in the U.S. Avengers, I’m not sure where Wiccan and Hulkling will end up.

Riri Williams will also be getting her solo-debut with Invincible Iron Man #1. For those of you who might not know, Riri will be going by the hero name Ironheart.

Which Marvel comic books are you looking forward to reading in November? Let us know!