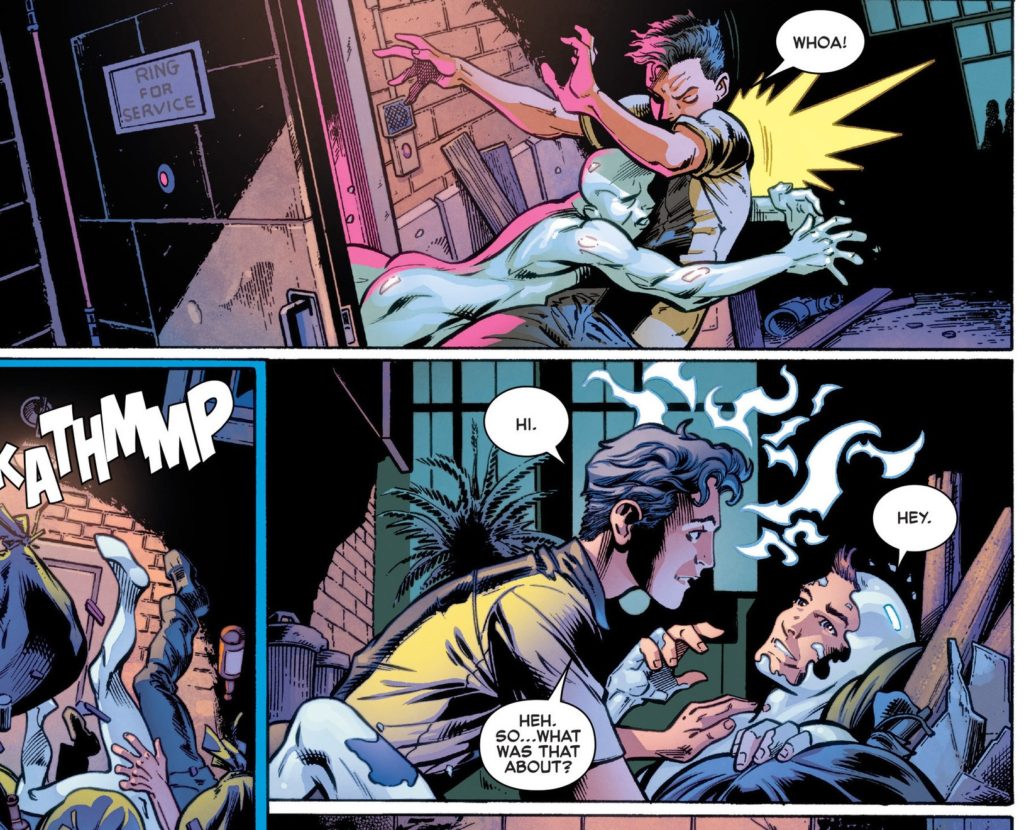 A young Iceman met a new guy in All-New X-Men #13 and it seems his encounter’s a setup for something Shakespearean.

All-New X-Men Issue 13 was all about Bobby going to a gay bar in Miami. His two friends and teammates, Oya and Kid Apocalypse, served as his wingmen. Iceman came out as gay about a year ago. It was a controversial move. But at least the writers are doing something with it. While a young Iceman is trying to hook up with guys and being comfortable with his sexuality, the older version doesn’t have that luxury.

The whole issue is quite a fun read. It stays true to Bobby’s character as someone who is awkward and speaks too much. Though his interactions in the bar don’t go well (he accidentally freezes a guy who romantically touches his hand), Bobby does end up literally bumping into a young man outside the bar.

The new character’s name is Romeo and he is an Inhuman. Yes, I know. Marvel isn’t even trying to be subtle about the whole thing. With the Inhumans vs. X-Men event coming up there is a good chance this budding relationship is bound to be doomed. A writer at iO9 went into further detail about the Romeo and Juliet-inspired plot in this week’s issue of All-New X-Men.

Whether their relationship works out or not, it is good to see Marvel continuing to be queer-inclusive. Fingers crossed the present-time version of Iceman also finds someone to be romantically involved with. The grownups are having a tough time trying to save the world and the mutant race. They all deserve a break, and grownup Bobby deserves a nice little date.

Have you read All-New X-Men Issue 13 yet? What are your thoughts about the Bobby/Romeo pairing? Will it work? Let us know!