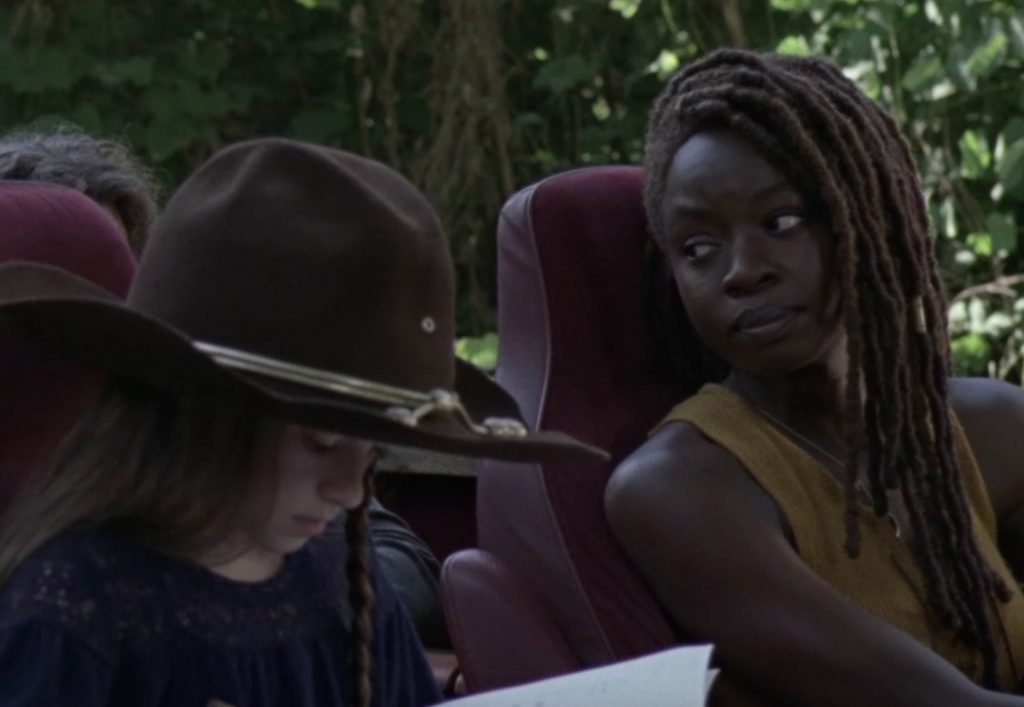 The Bitching Dead Issue #22 focuses on episodes 6, 7, and 8 of The Walking Dead season 10 titled “Bonds,” “Open Your Eyes,” and “The World Before” respectively. And surprise, surprise! The writing is so poor that nothing really happened in a total of three episodes (including the mid-season finale)!

I’m going to begin The Bitching Dead Issue 22 recap by getting some of the newsy stuff out of the way. Apparently, the main series will end will season 12 because the rumor is AMC wants to focus more on the spin-offs. I mean, I’ll believe it when I see it. At this point, I wouldn’t be surprised if TWD continues for a very long time because it’s still AMC’s highest-rated show.

Talking about ratings, TWD has finally begun to drop closer to the 1.0 range in the coveted 18-49 demo. It’s still one of the highest-rated shows on Cable TV, but at least the numbers are falling.

As for the upcoming spin-off, it’s going to be called The Walking Dead: World Beyond for some reason. Who’s ready for a YA zombie-apocalypse show? Who even asked for one?

Anyway, here’s the entire The Bitching Dead Issue 22 webcast! We had a surprise guest drop by (from Haunt Scene)!

The Bitching Dead Issue 22 highlights include:

Before I bring this recap to an end, if anyone is interested in reading a fun M/M paranormal mystery, my new book His Unwanted Mate will release on December 2, 2019. Pre-orders will open on November 29, 2019.

Are you still watching The Walking Dead Season 10? What did you think of our opinions in The Bitching Dead Issue 22? Let us know.