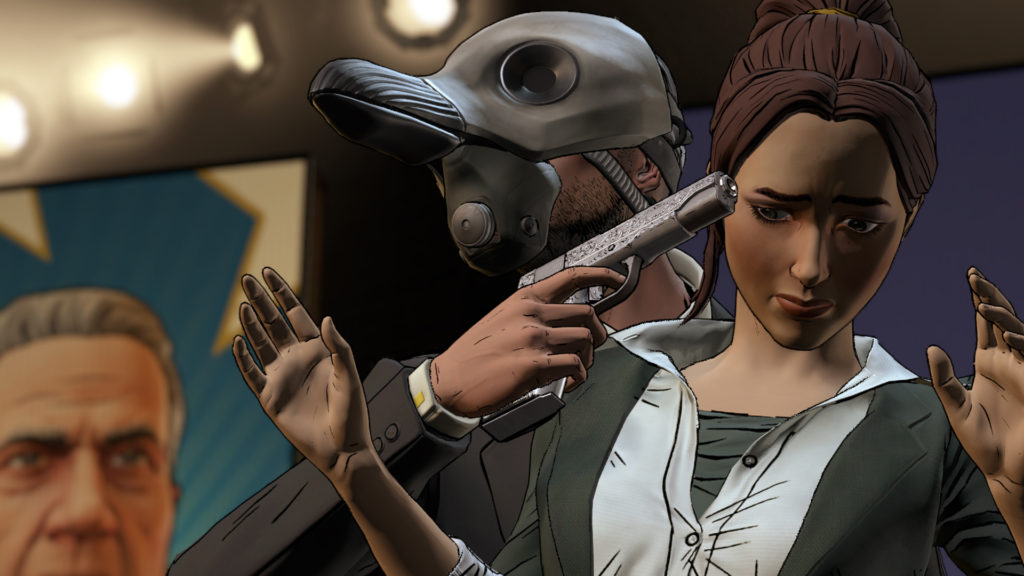 The trailer for Batman – The Telltale Series Episode 2: ‘Children of Arkham’ has been released. Get ready to play as the troubled Caped Crusader when the episode releases on the 20th of September 2016!

We recently announced the release date for Episode 2: ‘Children of Arkham’ along with new screenshots. Now, feast your eyes on the exciting new trailer that Telltale Games has released. Judging by the trailer ‘Children of Arkham’ looks even better than ‘Realm of Shadows‘. Give me all the Batman/Catwoman content. All of it!

One of the most interesting things from the trailer is that we finally get to see Oswald wear a penguin mask. I’m also curious to see what kind of story the series will tell related to Thomas Wayne’s murder.

“With Gotham City’s first family mired in corruption, and an old friend now a dangerous adversary, the life of the Dark Knight is turned upside down. What was Thomas Wayne entangled in, and why was he killed? Determined to learn the truth about his father, Bruce sets out to question those involved in Gotham’s criminal past. But which mask will he wear – The billionaire, or the bat? Huge decisions will forever change the Batman and the lives of those around him, as he meets the Children of Arkham.”

‘Children of Arkham’ will be available on Steam, PS4, PS3, Xbox One, and Xbox 360 on the September 20, 2016. It will be released later on for Android and iOS. Fans can currently purchase a ‘Season Pass’ physical disc of Batman – The Telltale Series. The disc retails for $29.99 US. It includes Realm of Shadows. Consecutive episodes will be made available via download as they are released.

Have you played Batman – The Telltale Series yet? Are you excited for ‘Children of Arkham’? Let us know!