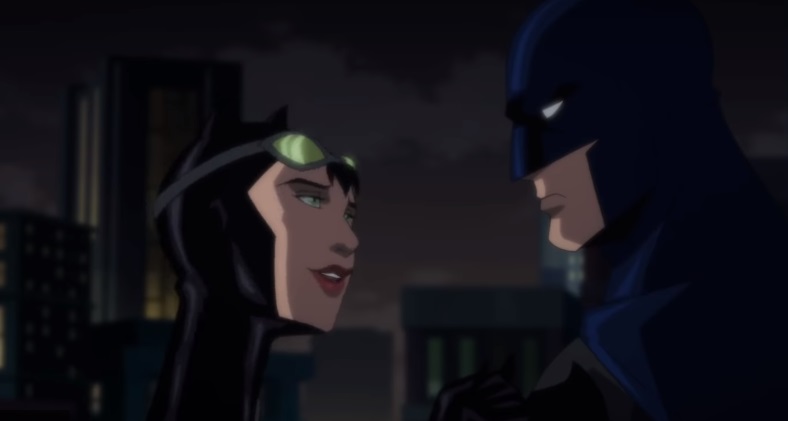 Batman: Hush is one of the most popular Batman stories. Now fans can enjoy it in animated form when Batman: Hush is released this year. I can’t wait to see the romantic tension between Bruce Wayne and Catwoman!

Jeph Loeb, Jim Lee, Scott Williams, and Alex Sinclair’s Batman: Hush was released back in December 2002 and ran for 12 issues.

It concluded in September 2003 and addressed the romantic potential between Bruce and Selina. News about the animated Batman: Hush adaptation was shared during San Diego Comic-Con 2018 and I’ve been waiting to see it ever since.

A trailer for the upcoming film has been shared!

You can see in the trailer that Batman is going to have to deal with a lot. The mysterious Hush is manipulating the Batfamily as well as Bruce’s foes from the shadows. Of course, Hush has a connection to Batman. However, I won’t be spoiling it for those who aren’t familiar with the comic book story.

You should consider reading the 12-issue comic book series while you wait for the animated adaptation to be released sometime this summer. It is highly enjoyable.

I love how the comic book series handles the romance between Selina and Bruce. Obviously, it doesn’t start great for those two.

However, the relationship they share has continued to grow over the decades. Batman and Catwoman are one of my favorite OTPs and I can’t help but be glad when they share the screen or a comic book panel.

I would have liked the 12-issue series to be made into two films, but I’m willing to wait and see how Ernie Altbacker’s screenplay is able to condense everything.

What are your opinions about Batman: Hush? Let us know.