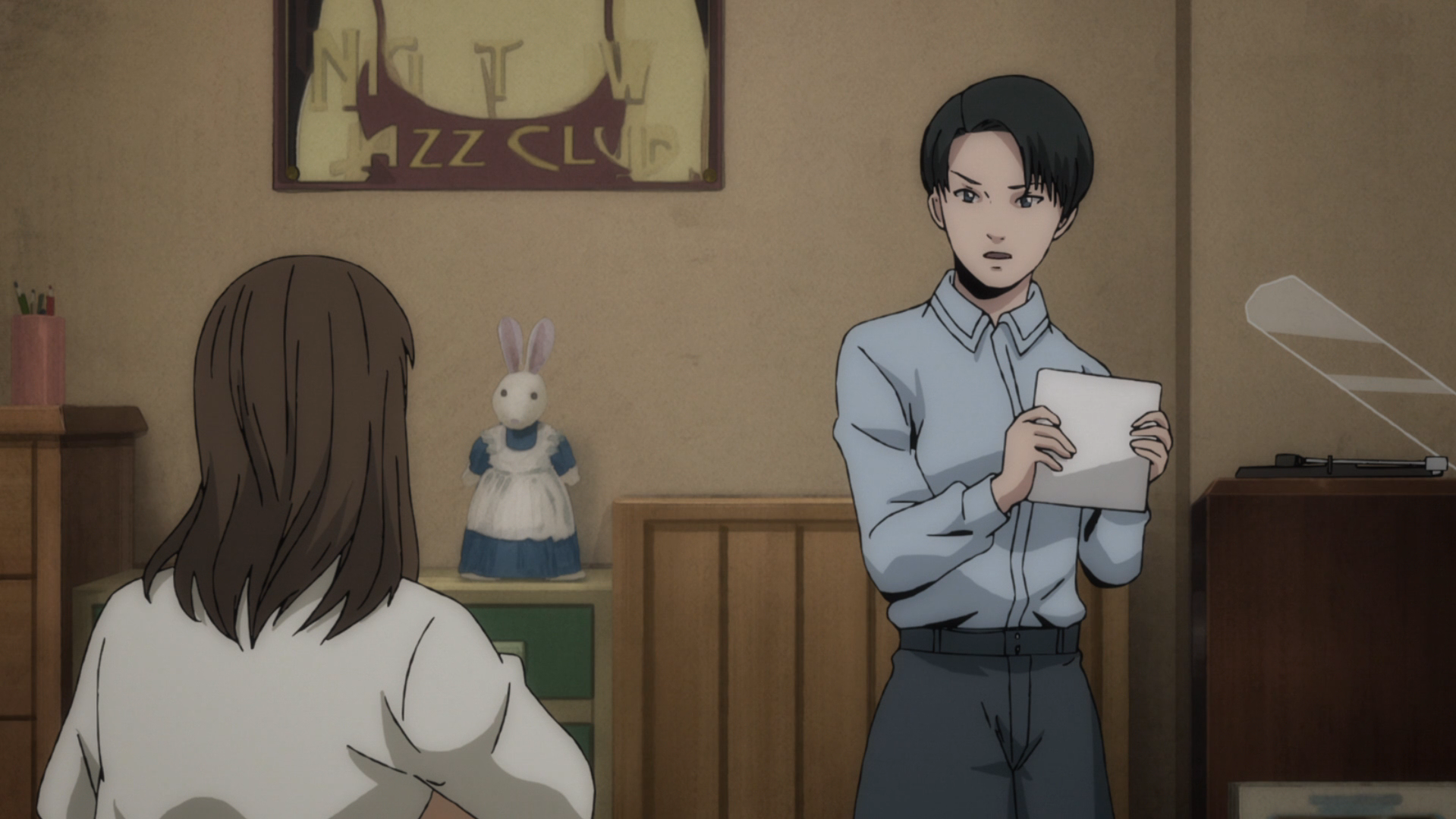 An eerie record and a strange town with no privacy. Ito’s constant quest to question and explore human nature continue in Junji Ito Collection.

Sound once again plays a key part in this episode, finally bringing to life the haunting record of “Used Record”. The record has no name, no artist, nothing but a blank cover. It seems to drive those who hear the record to madness with how haunting and gorgeous the melody.

This is the first one that diverges from the manga. There are scenes of Paula Bell singing while the record plays over the speakers in a small café. In the original, these scenes are overlaid with an exposition explaining the origins of the record. Leaving them to play and then going to the explanation is extremely powerful. It adds another haunting level to the music.

“Used Record” is one episode that fans were excited to see animated due to wanting to finally hear this haunting tune. However, it is possible that finally putting a sound to it removes some of the eeriness that the reader places on it. Being unheard allows the reader to hear whatever they want, creating a drive that parallels the characters in the story to actually hear the melody.

Regardless, “Used Record” is a short but powerful animation that is a fan favorite. 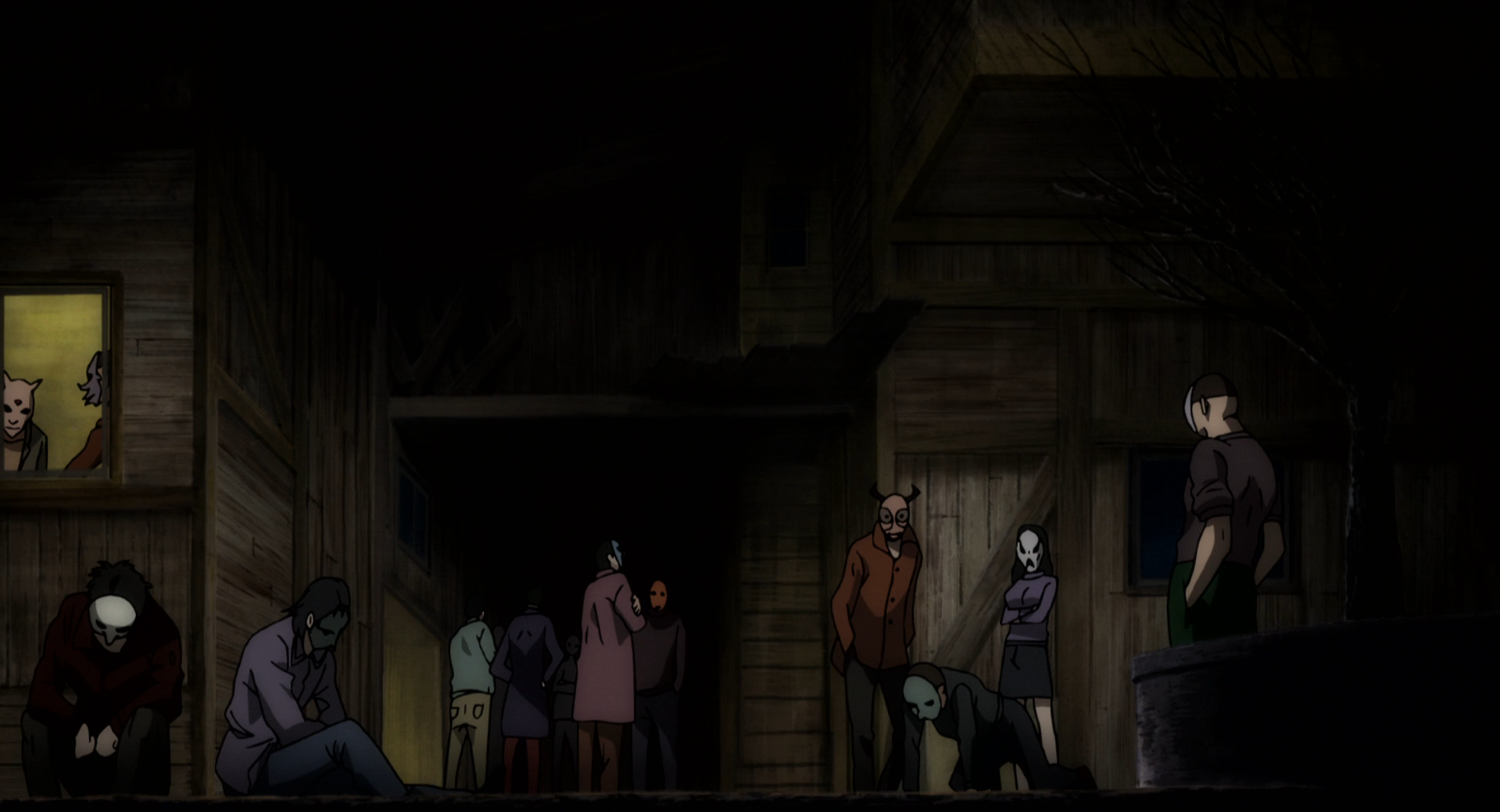 “Town of No Roads” is a longer, but significantly weaker story. It focuses in the beginning of Aristotle’s theory of sleep, which believes that dreams are affected by outside stimuli. If you hear someone talking to you while you sleep, you will have them appear in your dreams. This is briefly explained in the beginning of the story. However, it quickly moves past this idea and into something different. It is unclear whether the whole story is a dream or real.

Saiko, the protagonist, accuses her family of poking peepholes and spying on her. This is confirmed by not only her catching them doing such, but them appearing with injuries that appear to confirm that they are watching her. She decides to go to see her aunt in a nearby town. The journey to her aunt is blocked off by houses she must pass through, invading people’s privacy.

The story goes from being about dreams and the difference between dreams and reality, to a commentary on how publicly people lead their lives in today’s society. The two parts are connected by a extremely weak thread that only reappears at the end of the story.

If the dream parts were left out, “Town of No Roads” would be a much more comprehensive story. Instead, it seems like two completely separate ideas that were shoehorned together. Followed by such a fan favorite, and taking up two-thirds of the time, it leads to a weaker episode.

Not every episode is going to be perfect, and even the best creators create stories that are not as good as their others. Episode seven just happens to compare one of the stronger Ito stories to one of the weaker ones.