Legion at SDCC: An #FXSDCC Experience 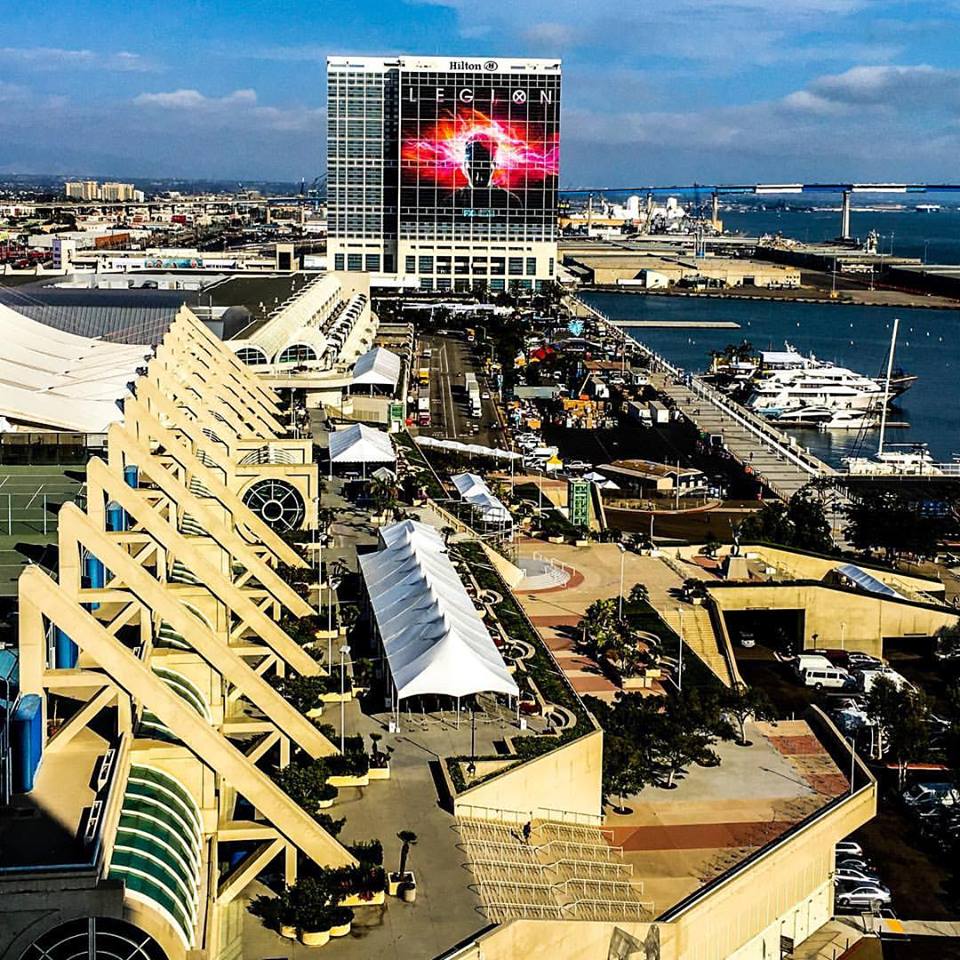 Every year at San Diego Comic-Con I usually tend to focus on one or two fandoms to put most of my energy into.  For many years it was mostly Hannibal, but this year I went all out for Legion at SDCC.

There was a large presence for Legion at SDCC 2017, including the main panel, an offsite “mixed reality” experience, a giant hotel wrap on the Hilton Bayfront, and DVD preorders available at the Fox booth.  My convention started with me getting front row center seats for the panel, which offered some wonderful insight into the actors and creators of the show. 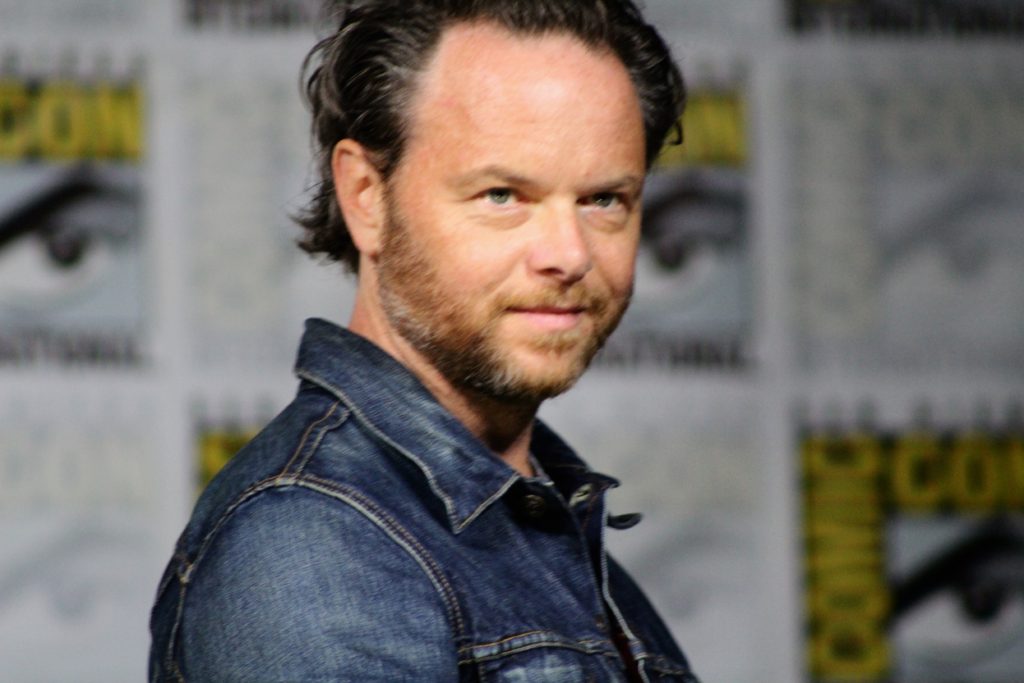 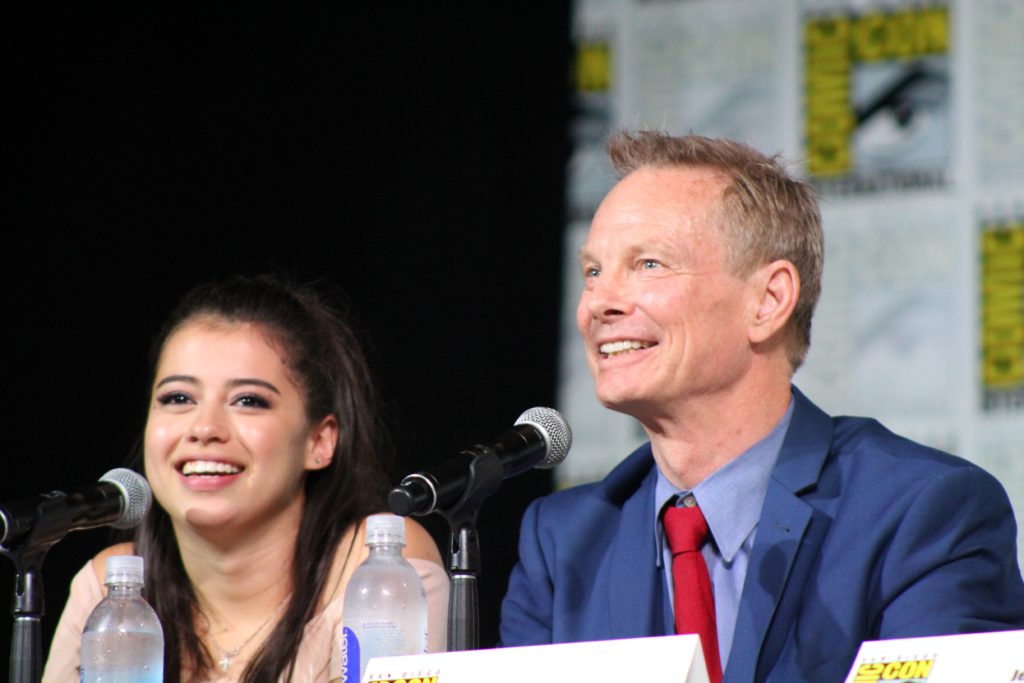 Amber Midthunder and Bill Irwin as Kerry/Cary Loudermilk on Legion 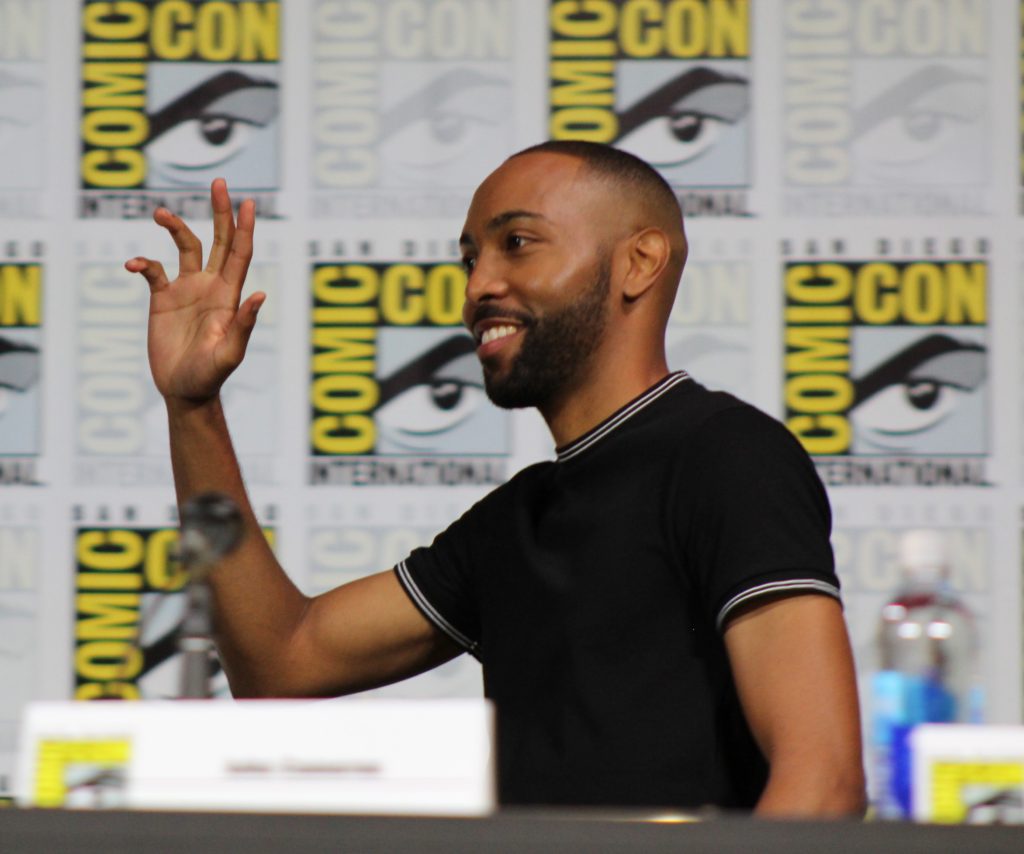 Jeremie Harris as Ptonomy on Legion 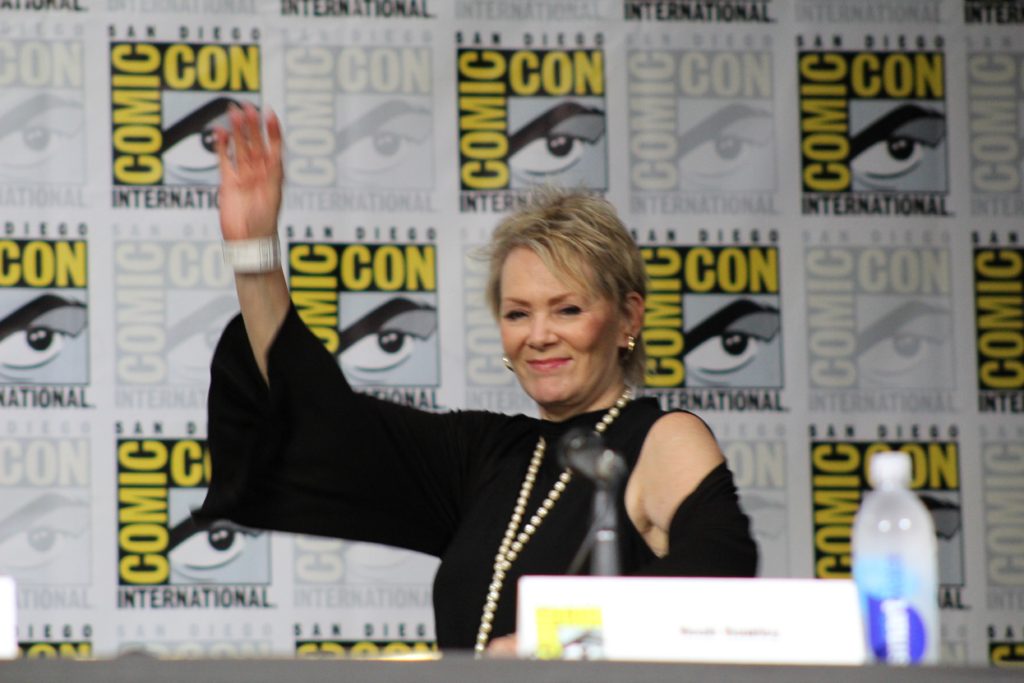 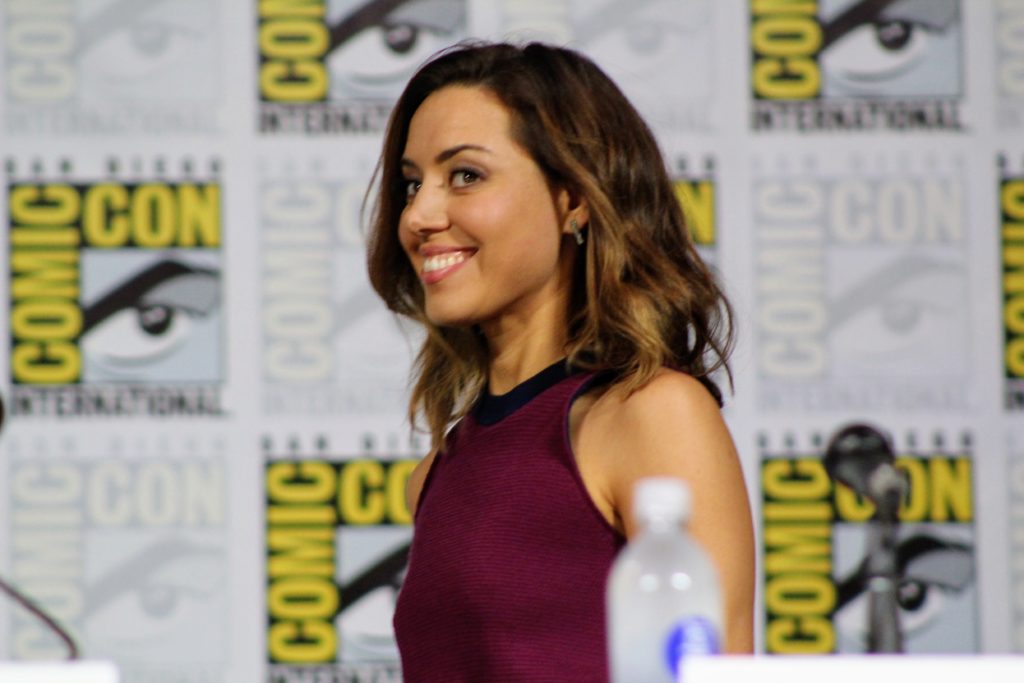 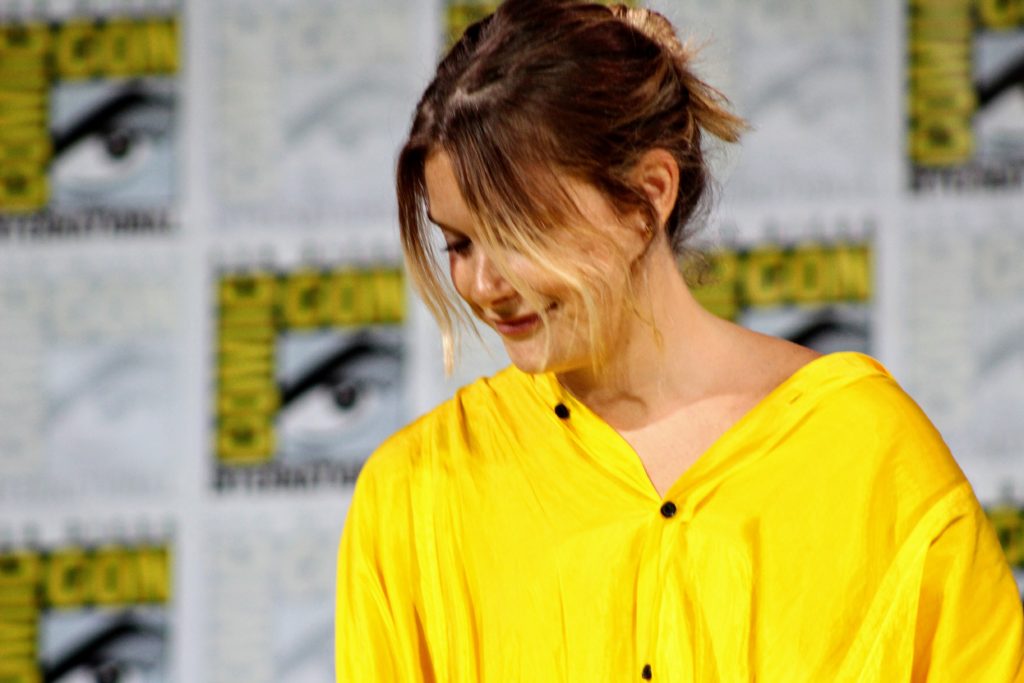 Rachel Keller as Syd on Legion 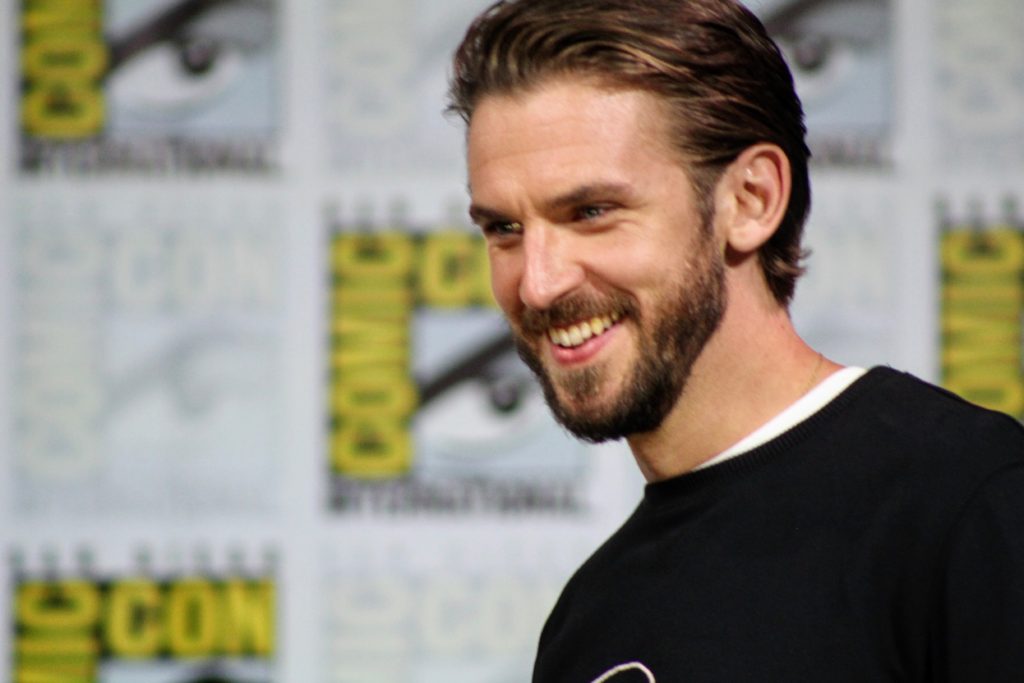 Dan Stevens as David on Legion

One of the best parts of the panel was seeing the interesting chemistry between Amber and Bill, who play the body sharing mutants Cary and Kerry.  Despite the age, gender, and race differences between the actors, they click in a unique way.  I couldn’t have picked a better duo to take on the parts. 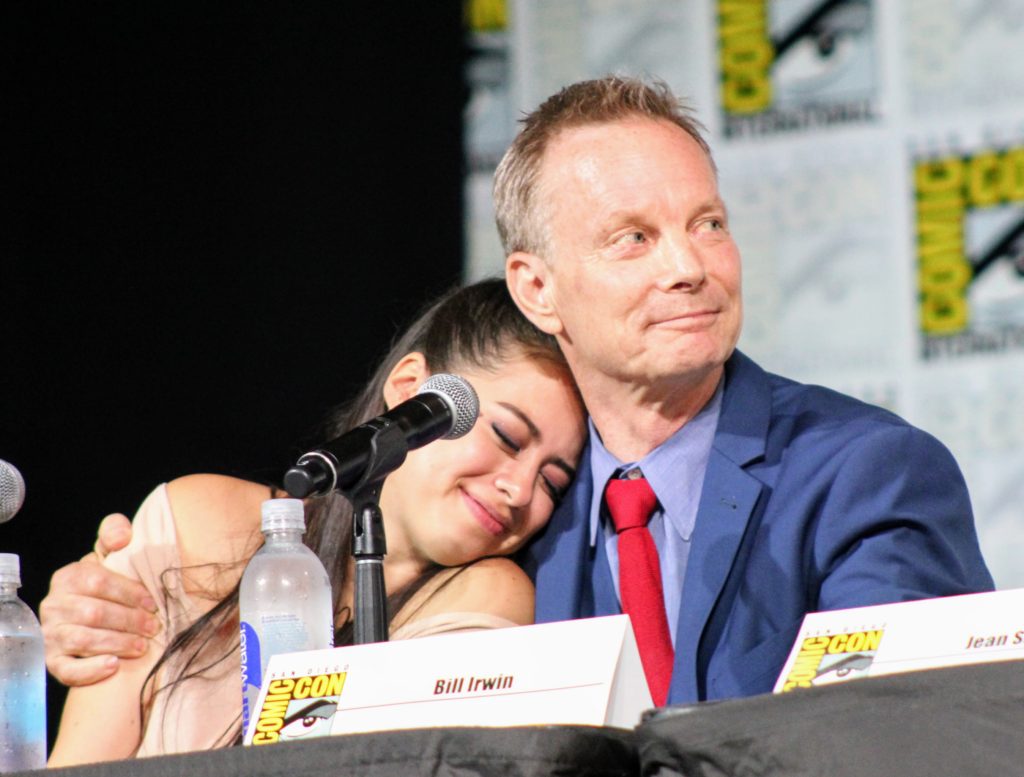 The panel began with the Bolero sequence from the show, which is the scene I’ve watched maybe 30 times or more on its own because it’s so well put together.  Although I’ve seen it so often, it was a treat to watch it on a big screen, with huge speakers, and the cast and creators just a few feet away.  With no major insights into the show, since they don’t have new footage to show, it was still worth it to be there and hear them talk about the show I’ve fallen so in love with.

Experiencing Legion at SDCC didn’t stop with the panel, however.  On Saturday I went to the Legion off site event.  It started with someone conducting a “test” and then attaching David’s hospital tag on my wrist.  At this moment, I was David Haller.  The actors inside referred to me as such and I experienced things that he experienced.  I knew things were about to get incredibly surreal, but I still wasn’t prepared for what was to come. 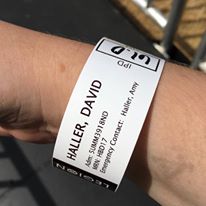 Ushered inside what looked like a hospital hallway, I found myself surrounded by handfuls of very busy looking actors.  I was escorted by a very unnervingly calm woman who kept asking me what I remembered and assuring me that we were inside a memory.  They attached a VR headset to me and told me it was “designed by Cary” to show me what was real and what was not.  I performed a couple of tests in the hallway with them to get used to it, and they finally moved me into a small office where the really intense part of the experience began.

A doctor entered the office with me and began to perform tests with me, too.  With the help of the VR headset I could move objects with my mind, teleport things, and read the mind of the doctor.  As I was reading the doctor’s mind I heard Syd’s voice speaking to me.  She told me she’d taken over the doctor in my memory and that I wasn’t safe.  I needed to get out.  Syd told me that I needed to stand really slowly and she’d help me escape.

At this point I really felt I was in this moment.  I felt in danger.  The actor had convinced me that he was Syd and I needed to get out.  My heart was racing.  It was amazing and major props to this guy for totally embodying the character at that moment.

Once I was on my feet he turned me around and the woman who had initially escorted me into the room had transformed into the Scariest Boy In The World.  The doctor/Syd told me I had to stop him with my mind.  I held my hand out and truly tried to freeze him in place.  What? I’m not David? Telekinesis isn’t real?  In that moment I didn’t care.  The Scariest Boy In The World was coming at me and I needed to stop him.  And… it worked.

When he was frozen in place the doctor/Syd gave me some last minute words of encouragement. Syd gently “shoved” me through the wall and out of the experience.

Then I got to take a selfie. 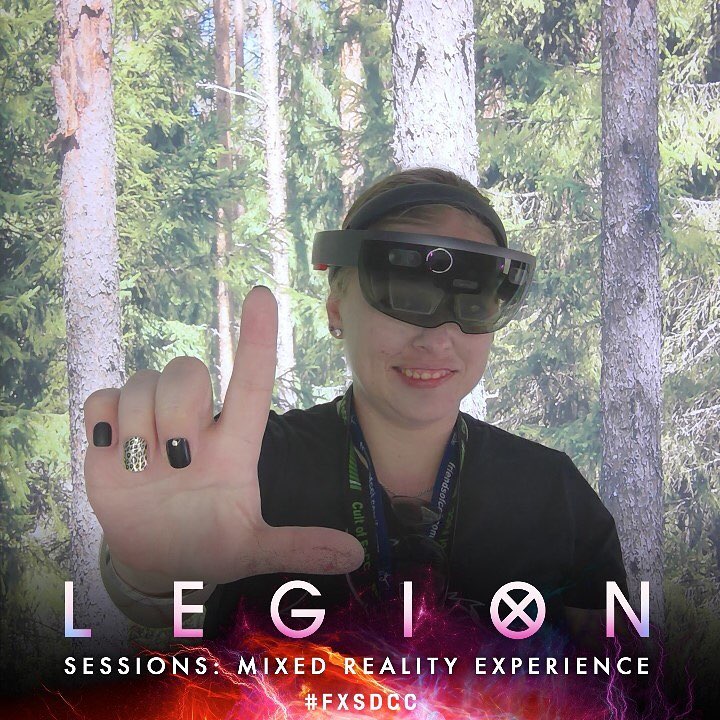 I’ve been coming to San Diego Comic-Con since 2011 and have done at least a dozen off sites in that time.  This one was by far the most intense and memorable.  Standby people were waiting over five hours to do this and I can honestly say it’d be worth that wait.  I had a ticket and only waited an hour, but I would have waited much much longer.  They knocked it out of the park.

On Sunday I explored the San Diego Comic-Con exhibit hall floor.  The show’s presence there was much smaller, but I still managed to scope it out.  The Fox booth was playing a small trailer for season one and selling the first season on DVD and Blu Ray.  It doesn’t officially get released until December, but it’s nice to get my pre-order in and support my favorite show.  With any luck, next year will also feature plenty of Legion at SDCC, perhaps a season three in the works, and more mind blowing offsite experiences.

Three cheers to Legion at SDCC.  See you next year?  If not, I may have to rely on Ptonomy to replay this year over and over again. 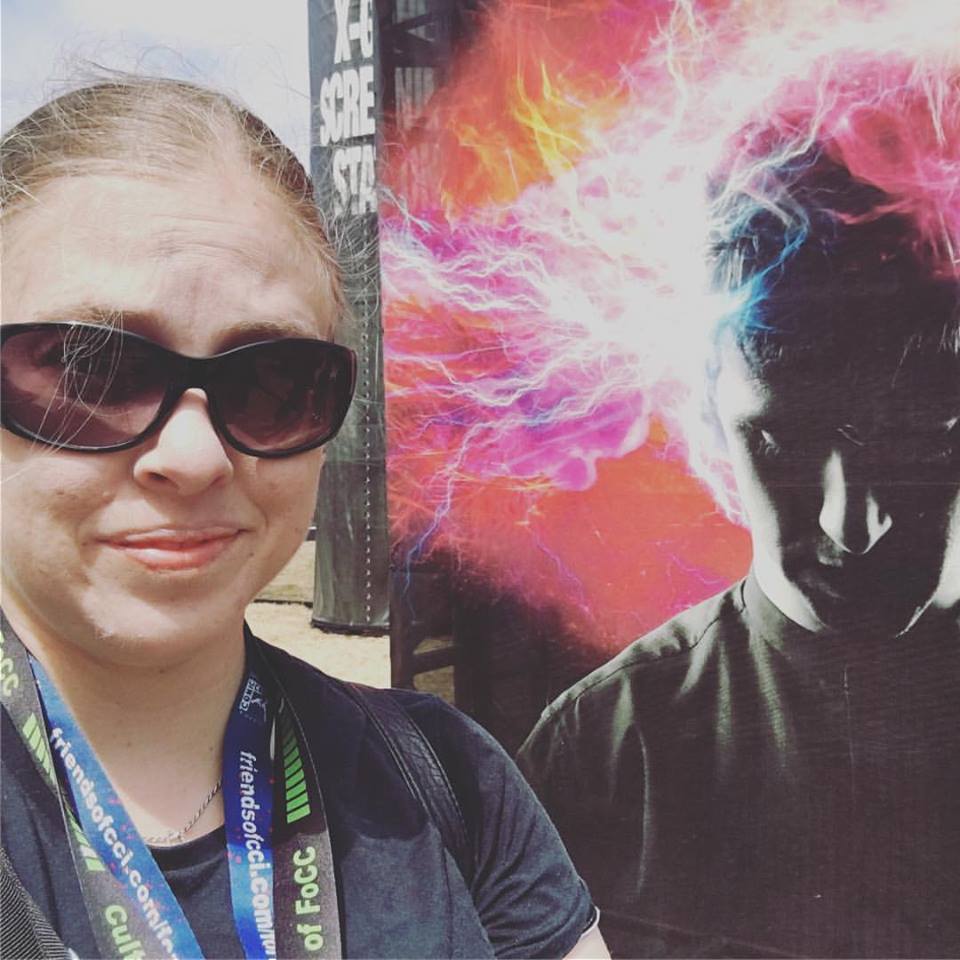