Halloween is a time to revel in the macabre, the weird, and the terrifying. These animated stories prove that you can pull all of that off without crossing into a PG-13 rating. 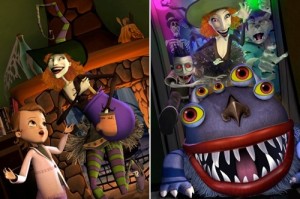 These two specials are based off Jill Thompson’s book/comic characters. Hannah, a girl terrified of monsters, is introduced to her Scary Godmother in a spin on the classic Cinderella story. It’s a fun tale filled with ghouls, vampires, and witches… just the friendlier kind! 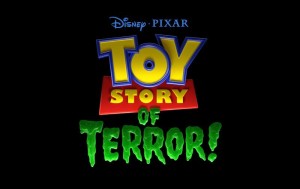 Pixar hit the bulls eye again. It has everything you’ve come to expect from Pixar: comedy, a bit of drama, and horror. There are plenty of Easter eggs throughout the special for any Pixar aficionados, and it’s nice to see Jesse as the hero in this tale. If you’re a Toy Story and/or Pixar fan, go watch it! 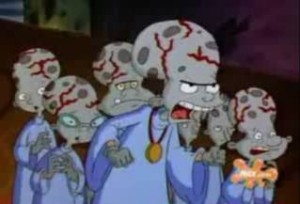 Hey Arnold‘s Halloween episode was based off Orson Welles’s reading of The War of the Worlds in 1938 and the panic that ensued afterwards. Here, Arnold and Gerald take the place of Orson Welles and cause plenty of misfortune for Helga and her gang, who are dressed as aliens. It’s an amusing re-invention of an event that caused such a fright on the American population. 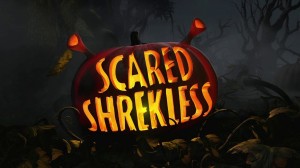 Based off the Shrek film series, Scared Shrekless places the characters in Lord Farquaad’s castle having a competition on telling the scariest story. All the tales are based off well-known horror movies, like The Exorcist and Psycho. Just with a kid friendly spin. 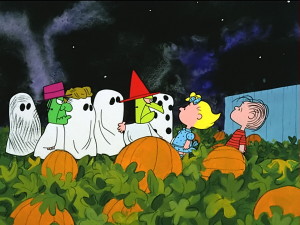 No list is complete without mentioning this classic. Charles Schultz, Charlie Brown, Snoopy, Linus, Lucy… that’s all there is to say.

Of course there are tons more Halloween specials based on children’s shows and series. Here are a few honorable mentions:

If you think we’ve missed one, leave your favorite kid-friendly Halloween specials in the comments below!

Next week: a list of non-creepy Halloween-themed comic books.