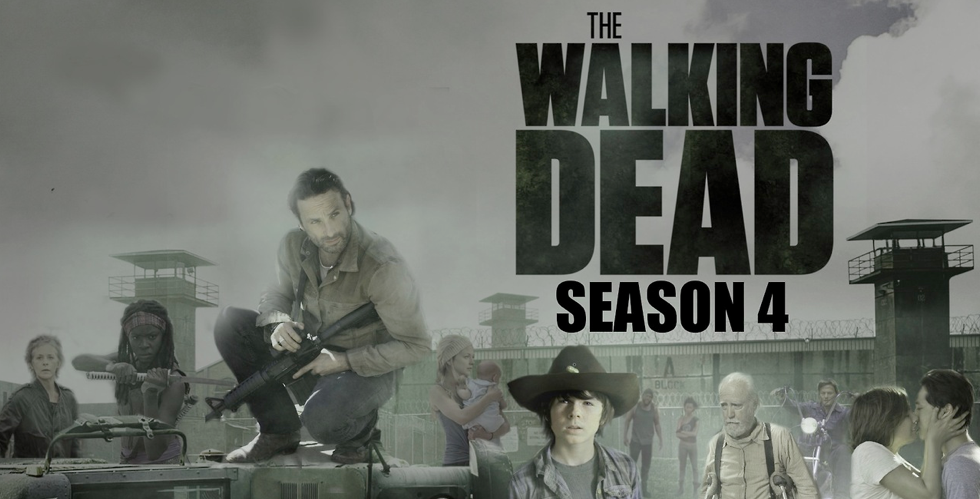 On last week’s season premiere of The Walking Dead, it rained zombies and we learned about Rick’s three questions. But we begin this week with 0 days without an accident, and our survivors don’t get much further than that before one of the cell blocks is attacked. And at the same time, Maggie and Carl are having a bit of a fight to get Michonne safely back inside the prison fences. 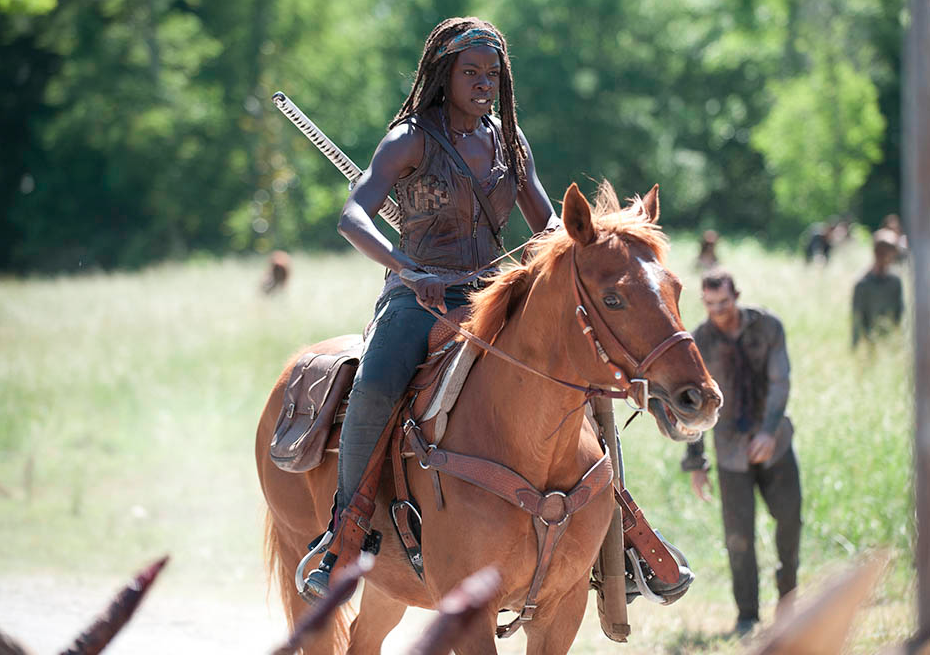 One of the issues with seasons two and three of The Walking Dead is that they had a lot of episodes that felt like no more than posturing – whereas in season four they clearly have a great start with a good combination of showing us the progression of the prison ‘society’ along with providing action scenes (that actually involve zombies). The question is, can they keep it up? The Woodbury citizens moving into the prison provided the show with a plethora of redshirts, but at this point they’re being mowed down at one hell of a pace – we are provided glimpses into these characters, specifically with Tyreese’s girlfriend Karen and Lizzie and Mika’s father, but in the end the story is still about Rick and Carl, Daryl and Carol, Glenn and Maggie, Michonne and Beth and Judith, et cetera. 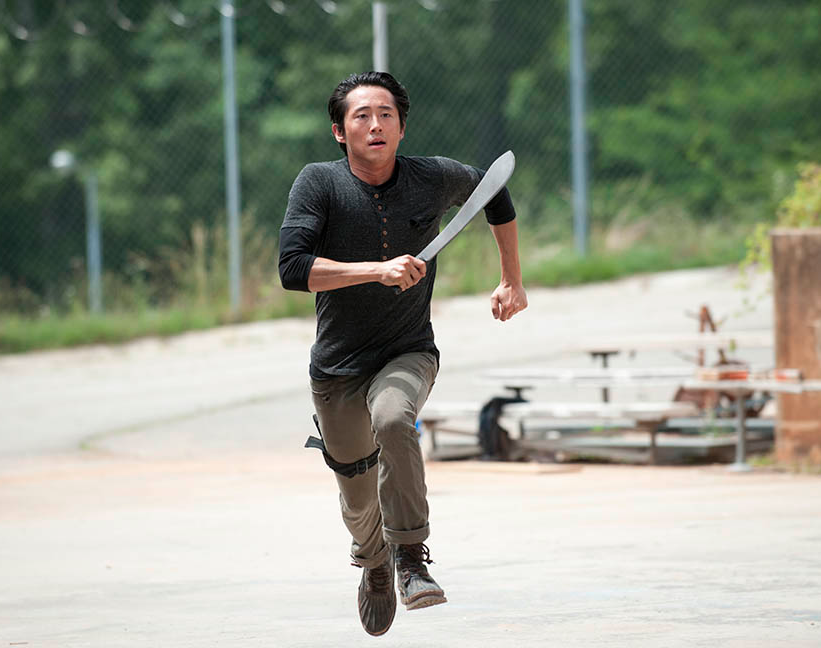 The season premiere was certainly heavier on Rick, Daryl, Glenn, Maggie, and Beth’s storylines. So this time around, while we still get a lot of Rick, it was especially interesting to gain some new insight into Carol and Michonne. Carol has certainly come into her own throughout the course of the show – her arc has been nothing less than well-crafted. And while Michonne was introduced as a generically strong character, her scene with Judith in tonight’s episode gave viewers a glimpse at a softer, sadder side of her persona – something that I for one am intrigued by and interested in seeing more of.

Though Michonne’s reaction to holding Judith was left as something of an enigma, we did learn a lot more in episode two in regards to what is happening in and around the prison – zombie-wise, that is. Personally, I’m not sure how I feel about the introduction of this flu/possible ‘super virus.’ While it could introduce some interesting conundrums in terms of how to treat the sick when you are fairly certain they are going to die (and of course immediately become zombies), it seems like the type of plot line that should be short-lived but may end up being dragged out. 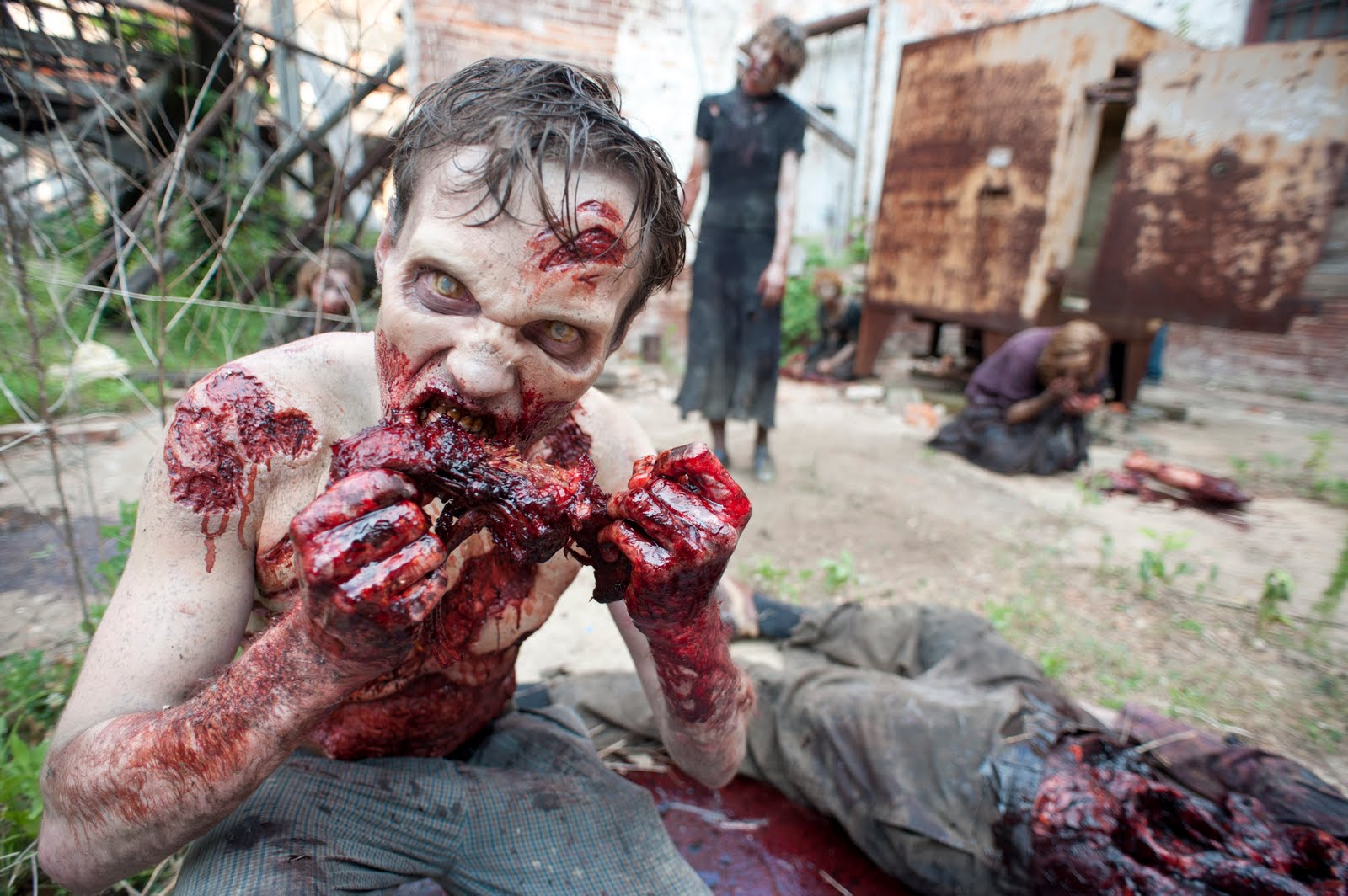 One thing is for certain – though the survivors have spent months working to become self-sustained, their lifestyle is clearly going to be short-lived. Rick makes the decision to sacrifice their piglets in order to draw the walkers away from the prison fence, because he knows that the disease that killed Patrick was likely what also killed the hog. But in doing so, he is throwing away one of their major efforts at said self-sustained lifestyle. And so they’ve taken two steps back to their one step forward.

Additionally, at the episode’s conclusion Tyreese brings flowers to Karen’s cell, only to find a trail of blood that leads to two badly burned bodies outside – one of which is (was) Karen herself. Between this and the discovery that someone has been feeding/luring the walkers to the fences, as usual we’re left with quite a few questions about what will happen next on The Walking Dead.