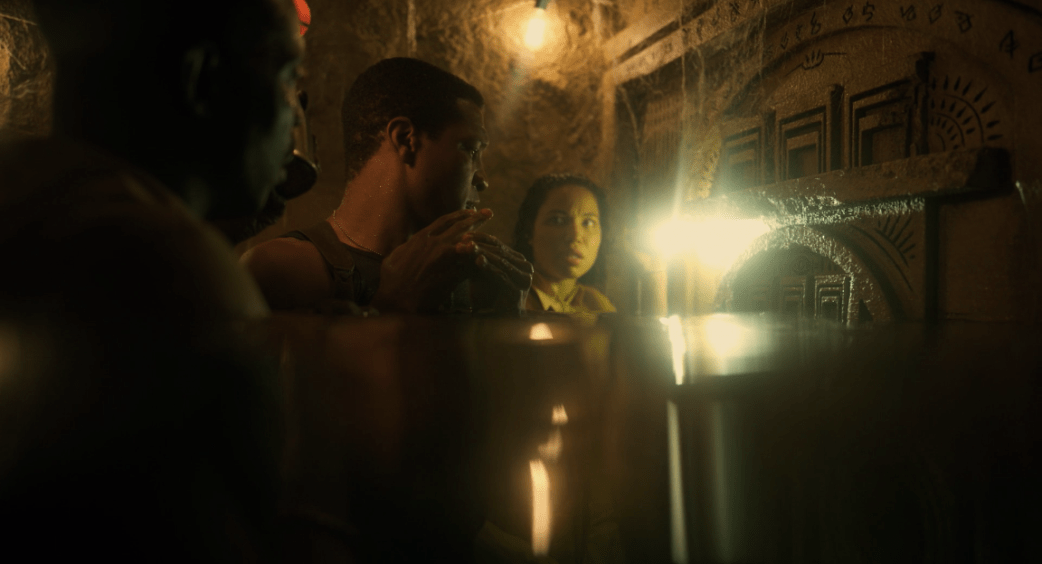 ‘A History of Violence’ was a shocking episode of Lovecraft Country that I’m struggling to discuss with the nuance it deserves.

One of this show’s biggest strengths is its ability to center a marginalized group in the narrative, showing Black people as the protagonists of an exciting horror genre story while not shying away from educating the audience on the discrimination this group has faced (and continues to face).  So when a different marginalized group began to speak out about what they viewed as a careless plot decision in ‘A History of Violence’, I decided to take note of the conversation happening on social media, which has led to a delay on my weekly review as I wanted to fully understand the conversation before wading in.

It’s important to note that I’m not part of a marginalized gender and the debate isn’t one I can speak on with any personal authority, but I certainly understand why people are reacting the way they did.  The discussion of unfortunate tropes for marginalized communities is something I’ve done numerous convention panels on over the years, particularly for LGBTQ+ related topics.  So it’s not entirely unfamiliar territory for me.

The plot of ‘A History of Violence’ focuses on tracking down some artifacts, which tie into the overarching plot involving the Sons of Adam and the mysteries of the Braithwhite lineage.  One of the artifacts is clutched in the hands of an old mummy, who then wakes up once approached and transforms back into their youthful appearance.  The character has both breasts and a penis, and when asked ‘what’ they are, they respond that they are ‘man, woman, two-spirit.’

Breaking my hiatus because I really want to put a trigger warning for the latest episode of #LovecraftCountry to my trans and enby fam. At the end of the episode, a two-spirit character is introduced in stereotypical “what are you” fashion.

The character is introduced in the nude, which usually wouldn’t be too terribly off considering this is HBO, but Lovecraft Country hasn’t been too graphic on this front so far.  The nudity they’ve had so far has been fairly tasteful and reserved.  The focus on genitals felt like this was meant to shock the audience with genitals that didn’t match the typical binary.  This obviously would not sit well with viewers who may not fit either a gender or sex binary themselves, as the constant focus on genitals can be exhausting.  In fact, this is a trope known as the “Trans Nude Shot,” because it happens so frequently.

It’s important to note that not all Two-Spirit people consider themselves trans, but for the purpose of discussing unfortunate tropes, I may dip into terminology from other marginalized genders.  ‘Two-Spirit‘ is a term used by North American indigenous people that fall under a third gender category.

Two-Spirit (also two spirit or, occasionally, twospirited) is a modern, pan-Indian, umbrella term used by some Indigenous North Americans to describe Native people in their communities who fulfill a traditional third-gender (or other gender-variant) ceremonial and social role in their cultures.

It’s also interesting to note here that it doesn’t necessarily mean Intersex, which this character seems to be, based on the nudity shown.  But again, a lot of marginalized genders have similar tropes and its worth discussing them as they apply in this situation.  A lot of tropes tend to cross over with closely related groups.  Gender and sex minorities get pigeonholed into these tropes as a group a lot of the time, especially when they are lesser known identities such as Two-Spirit.

Another unfortunate trope when it comes to marginalized genders is the Other Worldly and Sexually Ambiguous Trope.  Fictional narratives often portrays trans, intersex, or non-binary characters as otherworldly beings to avoid having to address marginalized genders in the human context.  In this case, the character is currently not human, though it’s possible at one point they were.  But then they turn into a Siren and most certainly aren’t human anymore and it dips into trope territory.

This is a tricky one, because I don’t necessarily hate this trope entirely.  The non-binary representation in Good Omens, for example, is pretty empowering for a lot of people in the community.  I would never want the trope to disappear entirely because its done a lot of good for people, but at the same time, just like the gratuitous nude shot, it can be exhausting to have so much of it.  Sometimes people just want to see themselves portrayed as people, and that gets increasingly difficult to find the more a popular trope takes off. 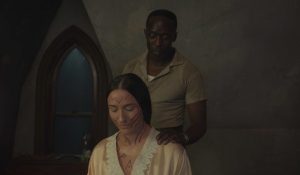 These tropes could have been addressed and done better in the future, but the show chose to brutally kill the character in an incredibly graphic way.  And here comes the problem that has caused trigger warnings to fly around the Internet in an attempt to protect viewers who could be triggered by violence against marginalized genders.  The character’s throat is brutally slashed and, in typical HBO fashion, it’s a gruesome scene that doesn’t hold back with the graphic details.

So where does this leave us in regards to enjoying the show?  Again, as someone who isn’t part of a marginalized gender, I won’t claim to be an authority on the topic, nor will I encourage any specific action.  But one thing I’ve noticed is that the people applying a trigger warning aren’t calling for a widespread cancellation of the show based on this.  I feel I can safely deduce that using this as a discussion point is an appropriate response to the issue, and not wholesale cancellation.

This show has done a lot of good and one misstep doesn’t seem to be getting the show entirely thrown out the door even by the most critical of audiences.  It’s worth discussing, however, which is exactly what’s happening now all across the Internet.

I continue to enjoy the show, even if this week’s episode had issues.  Leti Lewis is an incredible character and continues to keep me engaged with every scene that she’s in.  I’m also excited to see Diana and Hippolyta getting more screen time and a larger piece of the plot.  I hope we get more of all of these characters, because they’re largely what’s keeping me hooked on the show.  I look forward to next week!