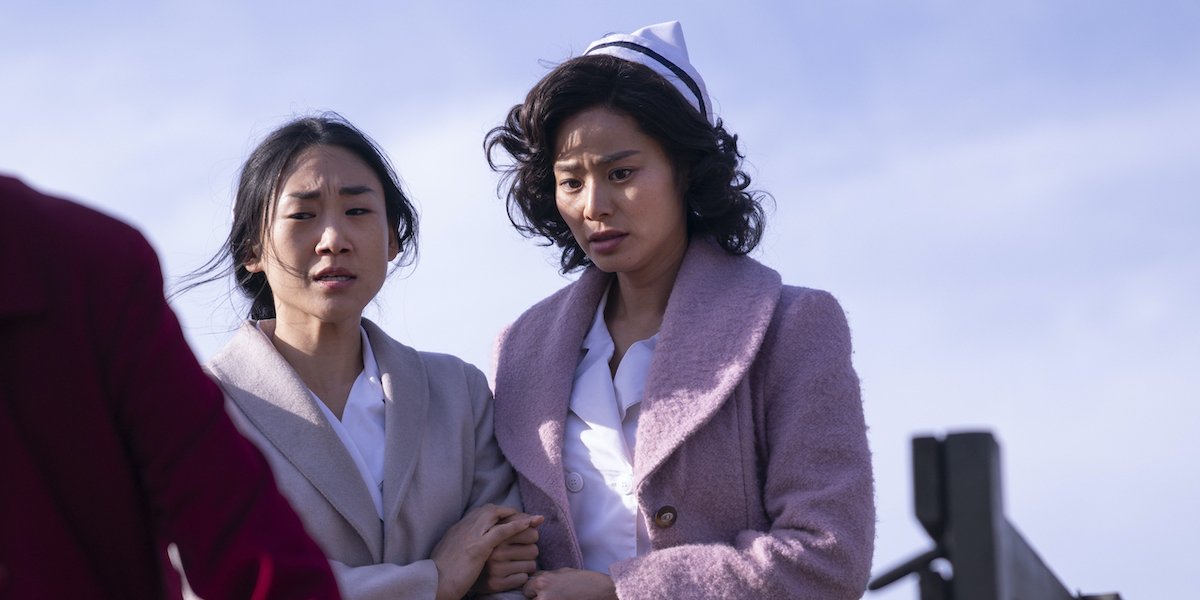 ‘Meet Me in Daegu’ took us away from Jim Crow-era Chicago and placed us in Korea during the Korean War.

The setting change in ‘Meet Me in Daegu’ was incredibly interesting, and also offered a different view of the Korean War than we are usually exposed to in our own media. The most popular show most Americans would be exposed to a Korean War setting is M*A*S*H, which, while it definitely didn’t shy away from the horrors of war at all, was still primarily focused on the American medical unit in the field. ‘Meet Me in Daegu’ shows the raw perspective of a Korean nurse caught not only in the middle of a war, but a culture clash between South Korea and America.

In this episode of Lovecraft Country, we are introduced to Ji-Ah, the aforementioned nurse, who is the mysterious person that Tic keeps calling in South Korea in the prior episodes. Ji-Ah loves American movies – particularly Judy Garland films – and has a somewhat troubled dating life. These two character traits somewhat overlap as some would-be suitors are turned off by the idea of a person so deeply invested in American films. One potential suitor tells her as much, insinuating that the American film industry is basically an affront to their own culture.

She’s also a Kumiho – a mythical creature who seduces men and consumes their souls. If she consumes 100 souls, she will turn back into the human that she was before her mother bargained her life with a shaman. Her troubled dating life just makes this goal a tad bit harder. When she goes to a speed dating event, she’s turned down by every single one of her potential matches, even when she finds a fellow Judy Garland fan among them.

After eventually taking 99 souls and getting so very close to her goal, she meets Atticus. Their first meeting isn’t great, however. Atticus is a soldier in a unit that is assigned to find a communist spy in her hospital. They line the nurses up and begin executing them one by one until one of them confesses. The one that confesses just happens to be Ji-Ah’s best friend, who is then beaten and taken away to be executed herself.

Similar atrocities during the Korean War were very much a reality. In fact, we’ve committed war crimes in many wars. But, again, our history books are very selective about what they teach us. They don’t teach us about Sundown Towns or Redlining…. or our war crimes. It feels unfair that this show has to take on so much responsibility for our failed education system, but it does so masterfully so I’m grateful for it. This type of education shouldn’t have to rest on the shoulders of a genre show, but here we are.

Seeing Tic take part in such atrocities gives us a rather complicated feeling about him as a character. Often the excuse given for participants in these types of events is that they were ‘just soldiers’ who were ‘following orders.’ Indeed, that’s the excuse Tic gives when Ji-Ah eventually confronts him about it.

This is the first time where I actually somewhat sympathize with the soldier giving that excuse, and it’s hard to rationalize why. Perhaps knowing the difficult position he’s in as a Black man drafted to fight a war for a country that discriminates against him makes it easier to sympathize. Or perhaps it’s just because he’s the protagonists and we already know who he is as a person outside of war. Maybe it’s a combination of both. I’m going to have to sit with this for a while to understand my feelings here. 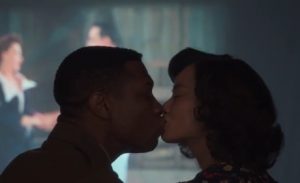 Despite the fact that Tic killed her best friend and participated in a horrible war atrocity, Ji-Ah finds herself falling in love with him. She sympathizes with him for having done terrible things in his life, because she’s killed 99 men herself. Somehow these two people saddled with horrible baggage from the past find joy and love with each other. It’s dark, but also strangely sweet.

Ji-Ah decides that she’d rather be with Tic than consume another soul and turn back into a human. Ji-Ah doesn’t seem to remember life before she became a Kumiho, so one has to wonder if she were to turn back into a human, if she’d lose her memories of this period of her life like she did when she was initially transformed. That could mean potentially losing her love for Tic, or losing who she’s become over the years since she was transformed.

Despite all the troubles she has in her life, Ji-Ah seems to want to retain what she has now. She would give up being human to keep Tic. Whatever messed up life she has at this point, she finds joy with Tic and decides to avoid taking the 100th soul. She might not be human, and she might have killed a lot of people, but she’s not entirely monstrous. Again, it’s dark, but I find it oddly endearing.

The romance comes to an abrupt end, however, when her Kumiho powers activate when they’re having sex. Instead of taking his soul, however, she sees his future. He will die when he returns home, which explains several tidbits from their phone calls that we’ve heard in the episodes prior. It also explains why Tic just can’t find words to communicate with her. Of course, he’s now very familiar with supernatural beings, but the whole incident would still be a shock for him and it’d be a struggle to discuss it. He obviously still has feelings for her, though.

This now positions me in an awkward position in regards to Tic’s love life. Thus far, I’ve generally enjoyed Tic and Leti being together. But now that I’ve seen Tic and Ji-Ah, and how they found humanity in one another despite being surrounded by death and trauma, I’m kind of rooting for that too. I honestly don’t know that I’d be able to decide which one is the ‘best,’ and kind of suspect the only way for it to be resolved is through a character death. Hopefully, I’m wrong.

This was a powerful and unique episode, and I look forward to how Ji-Ah will work into the ongoing arc in Chicago. They wouldn’t give a character such a well-focused and thorough episode if she was going to be confined to just phone calls, so I suspect she may show up in America at some point.

On the one hand, I adore her want to see more of her. On the other hand, I really dislike love-triangle arcs and hope the story doesn’t get too derailed by that potential plot point. Let these awesome women continue being awesome outside romance plots, please.  Leti and Ji-Ah are both amazing and deserve to shine. 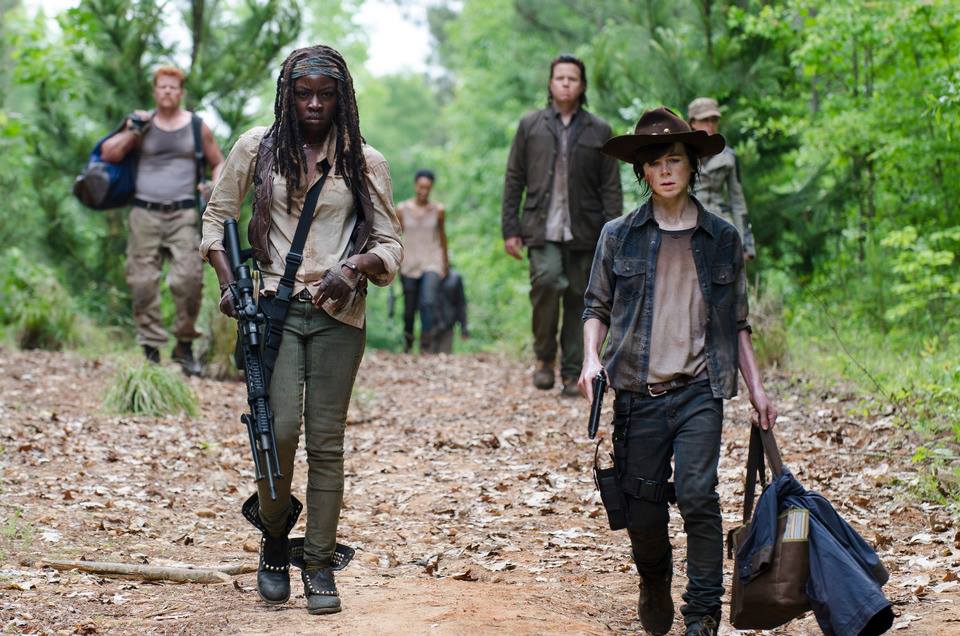 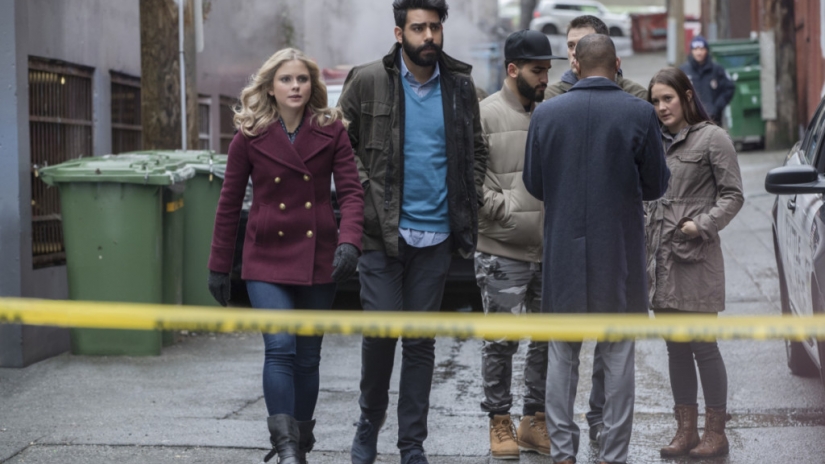