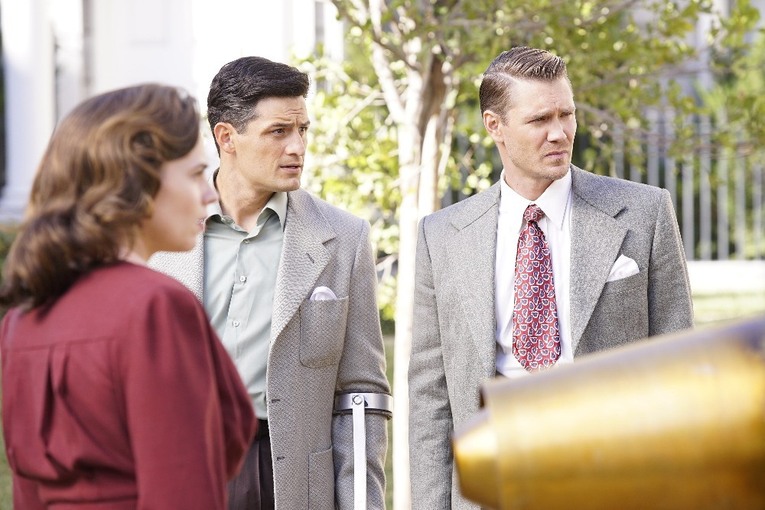 Am I going to gush about how much I enjoy this show and how much I want to see more of it? Probably. I can’t help it though, Agent Carter is just such a lovely show and “Hollywood Ending” was an almost perfect ending to an awesome perfect season.

This episode does what is says on the tin. It gives us a hollywood ending by tying pretty much every storyline from Season 2 up in a nice little bow that almost feels like goodbye. Then it hits us with an amazing cliffhanger that is more intriguing than anything this series has ever done before. So much for saying goodbye, it’s fairly clear that Agent Carter isn’t going down without a fight. 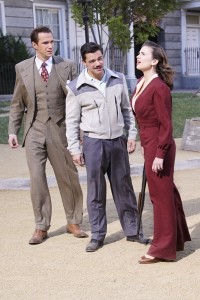 Every scene between Peggy and Jarvis is so so brilliant that it almost makes me resent the other characters. Especially Samberly, he was a definite mistake that should be left in the dust should the series continue. Seriously, he was an annoying cliche that brought the whole dynamic down but maybe I’m just bitter because they keep sidelining Rose for the action.

Howard Stark was back – which just made Samberly look worse in comparison – and he was as always a genuine delight. I love the way this show paints him as a good guy while not ignoring his thirst for power. Peggy knows Howard is out for himself when it comes down to it and this show doesn’t let anyone forget it.

Whitney Frost is without a doubt the best thing about this season. Personally I thought she was defeated a little easily, she just walks onto the Stark Pictures backlot and stands right in front of their gamma-cannon. But they only have eight episodes so I’m willing to forgive a little wand waving, especially after they took the time to really flesh Whitney out.

This season was all about giving Peggy a team, and this episode highlighted that theme exceptionally well. Every member of Team Peggy got their chance to shine in the final battle, the award for biggest hero going to Sousa so he could get the girl of course. Problem with this whole team up thing is that it REALLY highlights how few women there are in this show.

Sousa is a sore spot for me because I don’t ship it. I will totally and easily admit that I am biased against him. He’s a fine character and he’s a decent guy, I just really didn’t like the way they played the romance this season. It was all very bland right down to the ‘slap, slap, kiss’ moment at the end of the episode.

If you are into Peggy and Sousa then I am incredibly hyped for you right now. And I know everyone’s happy that Peggy finally has a bunch of people on her team. But if you ask anyone why they like this show I very much doubt they will say anything about the ensemble cast or the romances. They’ll talk about Peggy being amazing, and her relationship with Jarvis, and the fabulous female villains.

Finally Thompson because he finally became interesting at the end of this episode. I got a little board with his wishy-washing flip-flops from good to evil mainly because I don’t really care what happens to him. I do now though. Well okay he might be dead I’m not super fussed about it, although Chad Michael Murray is super hit, but I am very interested in the implications of his death.

(Let’s be real though if this show comes back he’s probably not going to be dead because that would make me too happy, he is definitely going to live to annoy me for another season at least.)