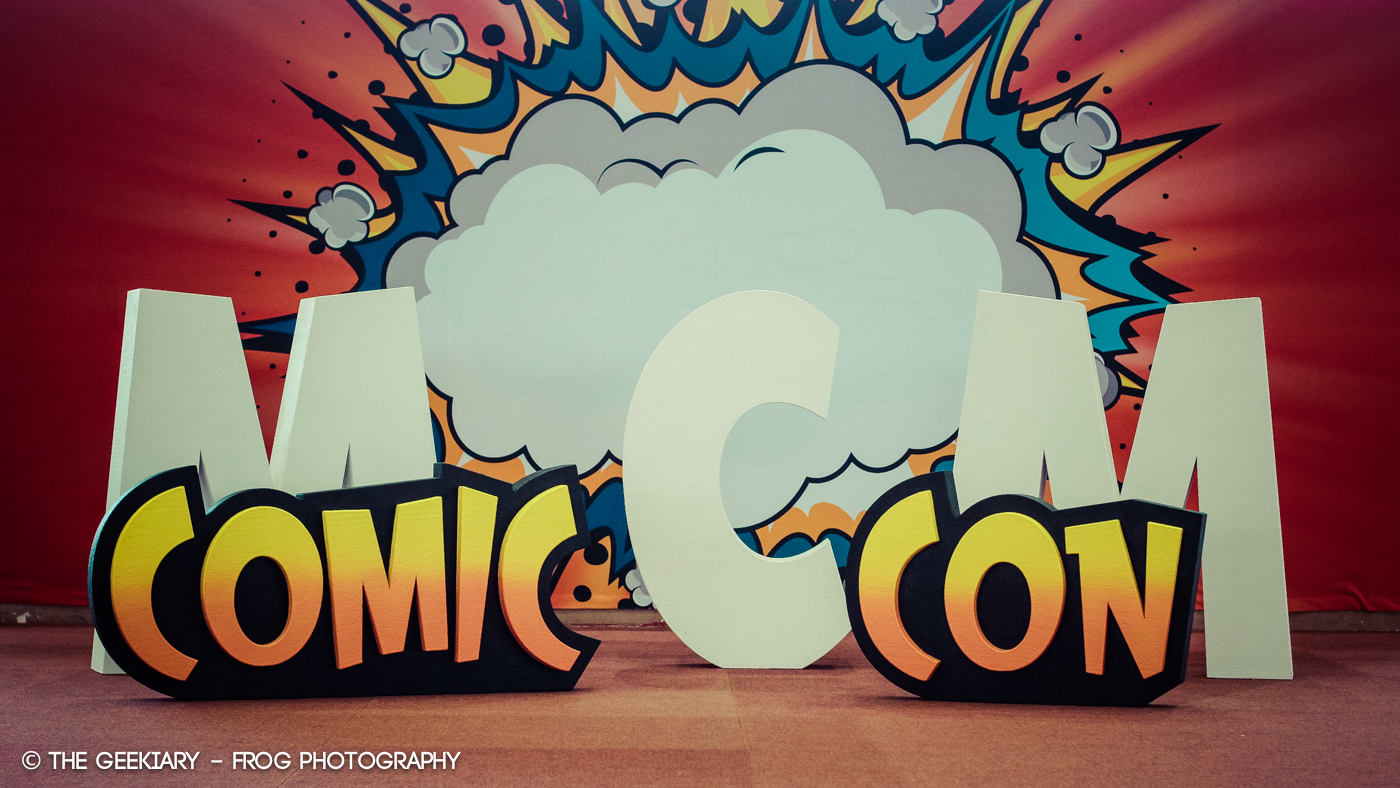 Early June, on a sunny weekend, I attended the MCM Hannover Comic Con in Germany. Attendees met guests from Game of Thrones to Arrow to Dark Matter. 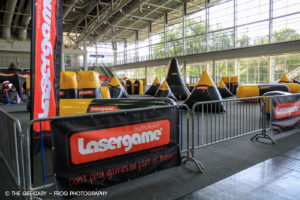 MCM Hannover was run by MCM Comic Con, and it was my first time attending one of their events. While they are quite a well-known name in the UK, especially the MCM London, they remain relatively unknown in the rest of Europe. They are currently expanding their reach in Belgium, Sweden, Denmark and Germany with several conventions already planned in 2016. I would say that for a first try and with little promotion, MCM Hannover did very well.

The venue, Deutsche Messe, was a big hall with several stages and a theater room right next to it for the bigger panels. The main hall was very bright and let in a lot of natural light which was great for cosplay photographers (and so that we could enjoy the sunny weather while being stuck inside). Both days were not too crowded and aside from the Game of Thrones and The Big Bang Theory‘s Melissa Rauch panels, I easily got a front row seat in the main hall despite arriving only 5 minutes before. The main hall had some really surprising set-ups that I had never seen before. The best was the laser tag zone. Many people played, including the guests. I also enjoyed the pinball area. The machines had been customized to represent the universes of iconic movies or TV shows: Game of Thrones, X-Men, Iron Man, The Big Lebowski…

You can see below a 360° picture of the main hall, just drag and move your mouse around: 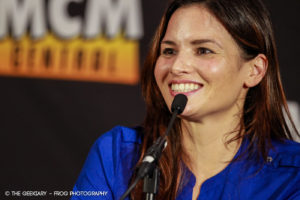 I have to be honest, I am not a huge Game of Thrones fans so I did not really remember who Ian Beattie, Ian McElhinney and Josef Altin played in the show, but their banter and funny stories were enough for me to have a good time. The guest of honor at MCM Hannover was Melissa Rauch, aka The Big Bang Theory’s Bernadette. She was in high demand but took time to talk with everyone during the autograph signing. Her panel was really interesting. You can watch it here. As press, I got the chance to interview the cast of Dark Matter as well as Nick Blood and Luke Mitchell from Agents of SHIELD. The Dark Matter panels were interesting and often questioned what it was like to play a character whose personality and past is unknown. My highlight of the AoS panels was Nick Blood admiring himself as Squirrel Girl on a giant screen. Luke Mitchell tweeted the moment later that weekend. Sadly, because of the interviews I missed most Katrina Law’s panel but the 10 minutes I have seen were great. Law was my favorite guest of MCM Hannover. She was funny, super friendly with everyone, didn’t hesitate to talk and joke with the fans at the end of the day, proposed fun poses for photoshoots, and hand-delivered everyone’s photos right after. 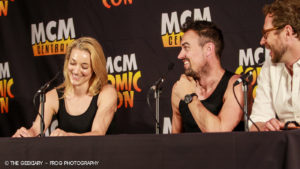 While Law was my favorite guest, the panel I enjoyed the most was the Lost Girl one. Zoie Palmer, Paul Amos and Kris Holden-Ried were there and it’s easy to see how good friends those three are.  Most of the panel revolved around sex, so I am not going to give too many details, but it’s safe to say I crying tears of laughter for a good 30 minutes.

Comic Cons are not yet a widespread phenomenon in Germany so MCM Hannover saw a lot of people new to these kind of events. I have seen some people online and during the event complaining about the prices of autographs and photoshoots with the guests, but a lot of these comments were coming from first-timers. In comparison to US con prices, they were very reasonable. 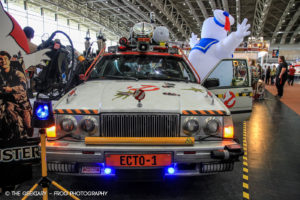 I was quite impressed by the effort that attendees put into dressing up in costumes. Aside from the usual Marvel/DC costumes, there were a lot of Manga, Star Wars, Star Trek, video games, etc., cosplayers. My favorites were the Ghostbusters cosplayers. They are the Ghostbusters Club of Niedersachsen (the region whose main city is Hannover). They came with the Ecto-1 and a big Stay Puft Marshmallow Man. I loved how friendly and sociable everyone was. Cosplayers, just hanging out, posing for photos, and checking out each other’s costumes. It was lovely, fun, and family friendly environment.

Overall I had a great at MCM Hannover. The guests were interesting and friendly, I met cool and interesting people and I managed to take lots of pictures. Lastly, I have to say thank you to the Press Ladies who did an amazing job handling all our demands. I will definitely be back next year!

Previous:‘Marvel: Ultimate Alliance’ Series Has Been Rated for Next-Gen Consoles