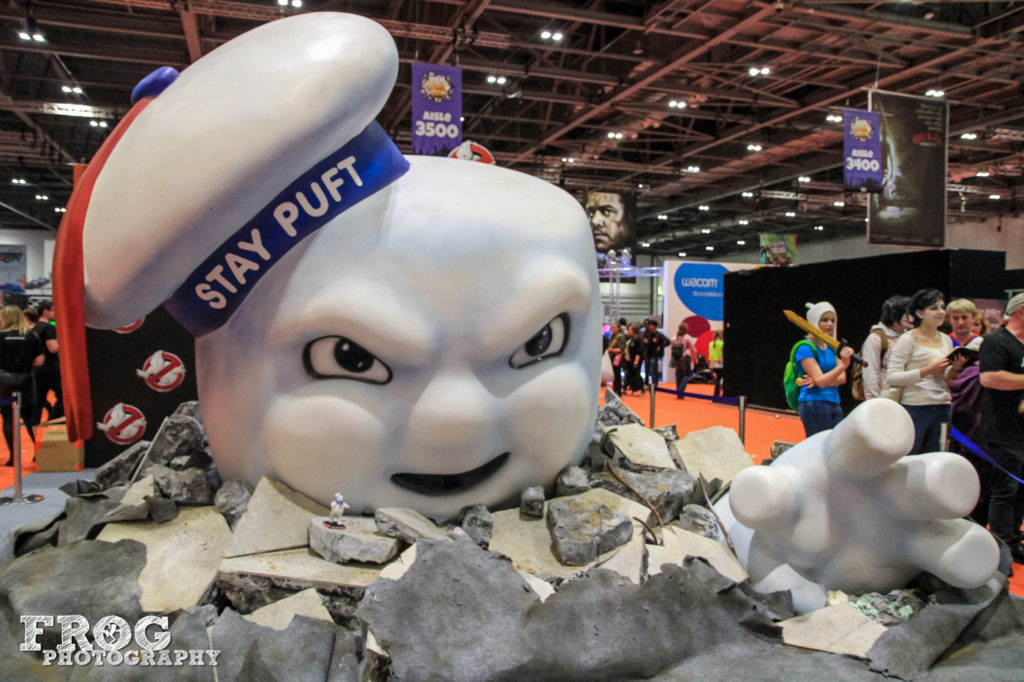 Two weeks ago, I attended MCM London Comic Con at the Excel Centre. With more than 131,00 visitors, MCM London is the third largest comic con in the world and the largest in Europe.

It was the 2nd edition of MCM London in 2016. The 1st edition was in May, but I skipped it in favor of going to MCM Hannover, closer to home. On the two days I was there, the halls were filled with fans of TV, anime, manga, sci-fi, video games, comics, YouTube, and cosplay. 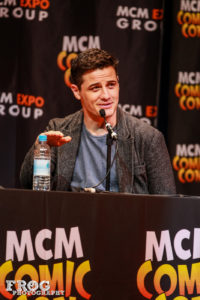 The Excel Centre was split into two halls: one dedicated to PopAsia, eSports and VidFest UK, and the other one for more “mainstream” pop culture stands. The venue also had four panel rooms in use during the three days. I have to say, even on Saturday, I never felt oppressed by the crowd. The halls were wide enough for all the visitors to roam around easily except in the corridor in between the two halls where all the food stands were located.

I spent a good part of my Saturday in the press room so I missed some panels and cosplay events, but I did get to sit and talk with great guests. You can find the round table interviews videos here: Nolan North & Troy Baker , Enver Gjokaj, Violett Beane & Michael Rowe ; and Jamie Bamber. 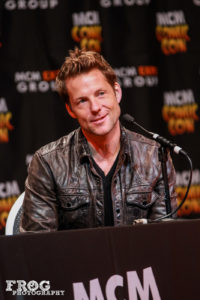 On Sunday, I wandered the halls. There was a huge display for the release of the new Ghosbusters DVD, so I took the opportunity to get my picture taken with the Stay Puft Marshmallow Man. I also played an Adventure Time card game at the Cartoon Network stand; I am proud to announce that I won despite having never seen the show! I tried to get to into the Fantastic Beasts and Where to Find Them VR experience, but the line was always over an hour so I gave up.

A part of the halls was dedicated to VidFest UK where fans had the opportunity to meet their favorite YouTubers. I have to admit I was not familiar with any of them, but some lines were quite long. RWBY and Nolan North were by far the most popular guests this weekend. Their signing lines filled very quickly during the day, which was good because it let me easily access the panels I wanted to see. Violett Beane, who plays Jessie Quick in The Flash, played coy about her character being in the musical episode, but there are good chances of it happening, as the producers have asked her if she could sing. Enver Gjokaj recounted the hilarious story of Dominic Cooper’s most unphotogenic picture. And despite Battlestar Galactica being off the air for several years, Jamie Bamber is still blown away by the support and passion of the fans at every convention he goes. 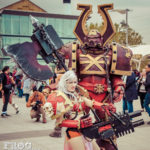 As usual the cosplay was amazing. As expected, I saw a lot of Harley Quinn, both the comics and movie versions, and Deadpools. I am still in awe of the costumes people come up with and the dedication and effort they put in their work. One of my friends was cosplaying as Supergirl and several little girls ran up to her to get a picture. It doesn’t get better than that!

I had a great time at MCM London. And they have already announced that Summer Glau will be present when MCM London Comic Con returns in May next year. Squeeeee!