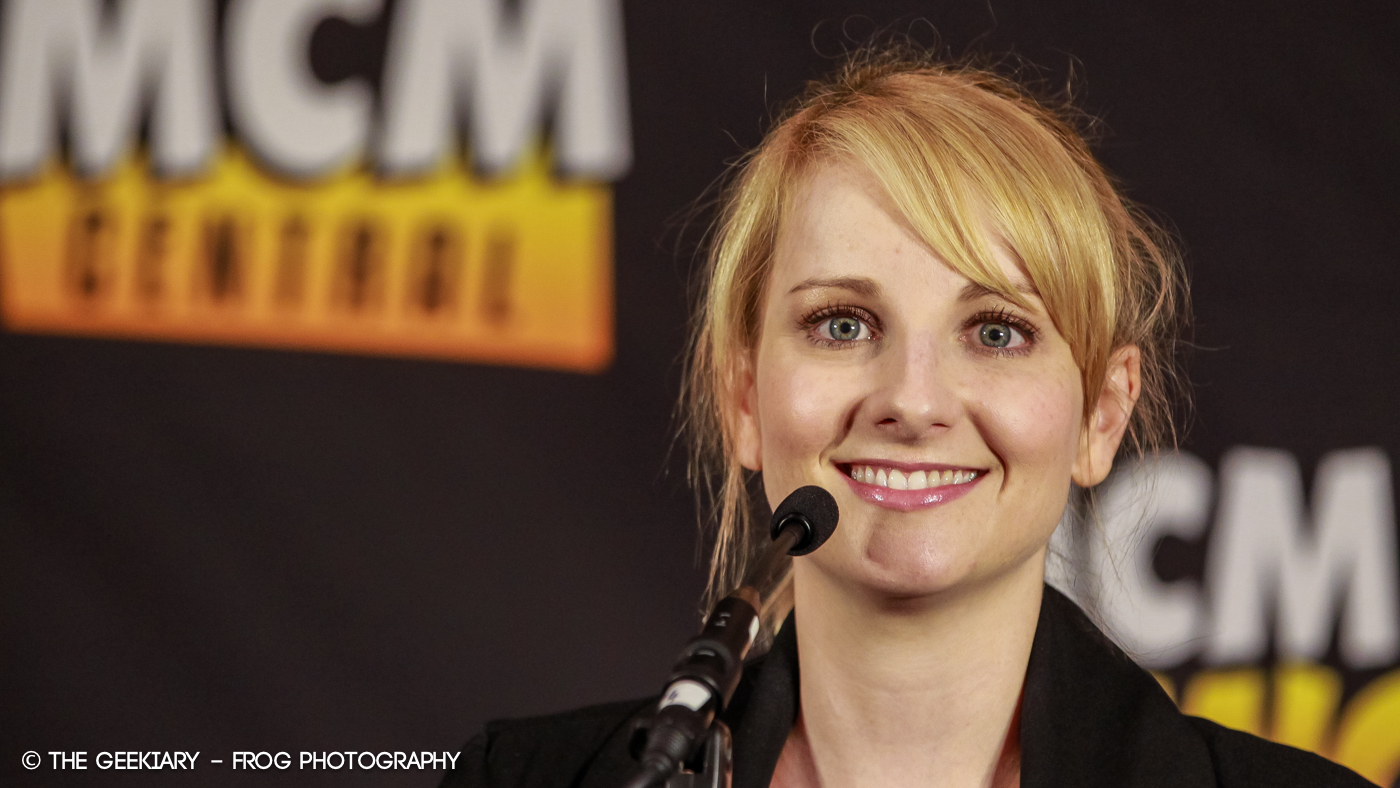 Before I start, let me answer the question you’re all asking yourselves: no, Bernadette’s voice is not her real voice! She, however, told us where the inspiration for it came from.

During her panel, she talked about The Big Bang Theory being like a big family and how if she had to be another character she would be Raj because of her maternal personality. She also introduced her new movie The Bronze, written with her husband. She recommended everyone to go see it in August when it comes out in Germany despite the R rating. According to her, it’s worth seeing just for her character’s sex scene with Sebastian Stan. I am pretty certain no one is going to argue with her logic.

Watch more of Melissa Rauch talking about viruses, The Big Bang Theory flashmob, etc… during her MCM Hannover panel below.