MegaCon 2014: Enjoyable Despite its Growing Pains 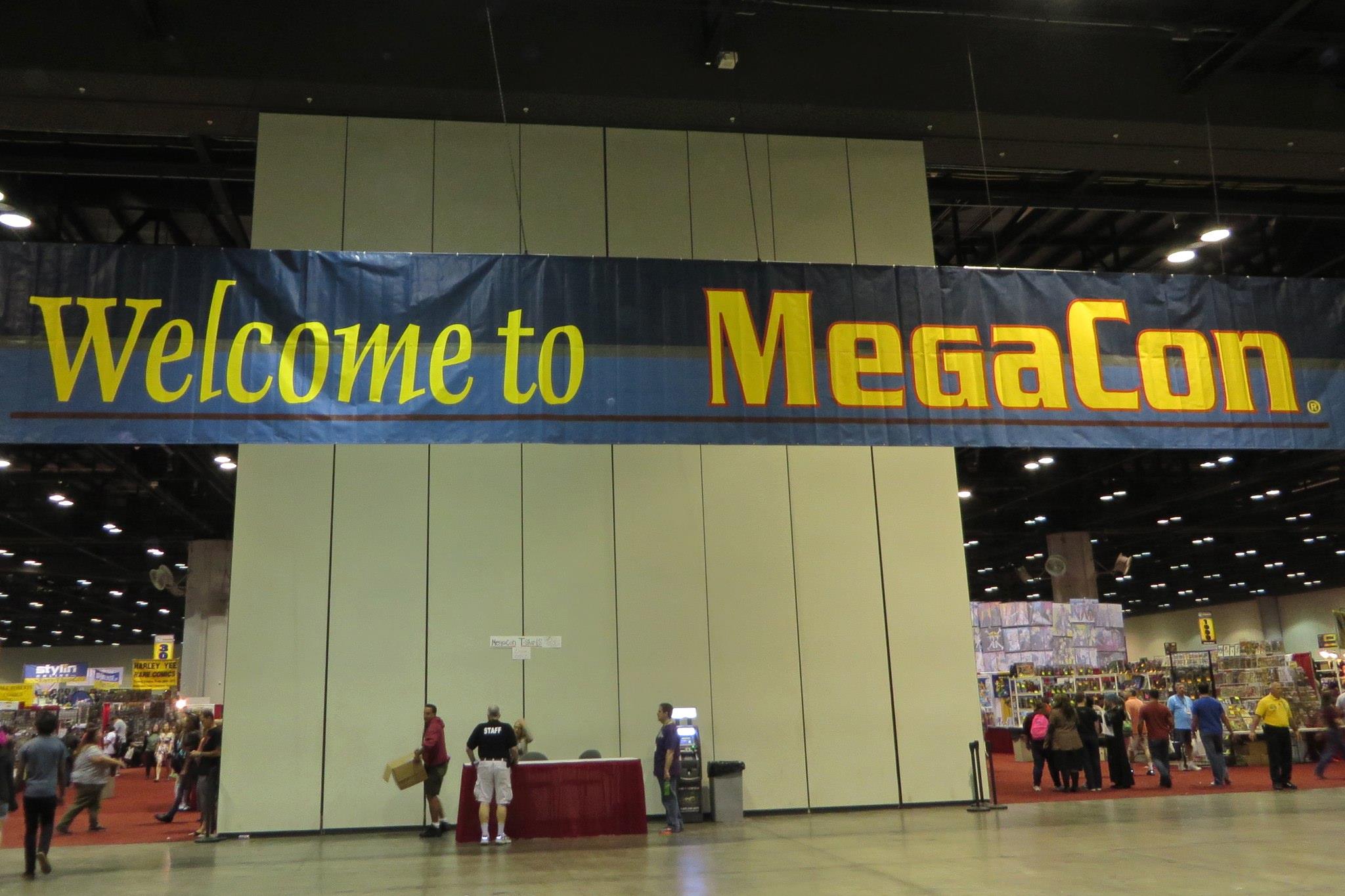 This year was my second time attending MegaCon in Orlando, Florida, but the convention itself has been around since 1993. Originally a comic book convention, eventually it expanded to be multigenre – and its attendance grows every year. In 2013 they claimed that around 65,000 people showed up; rumors are that this year they broke that record. 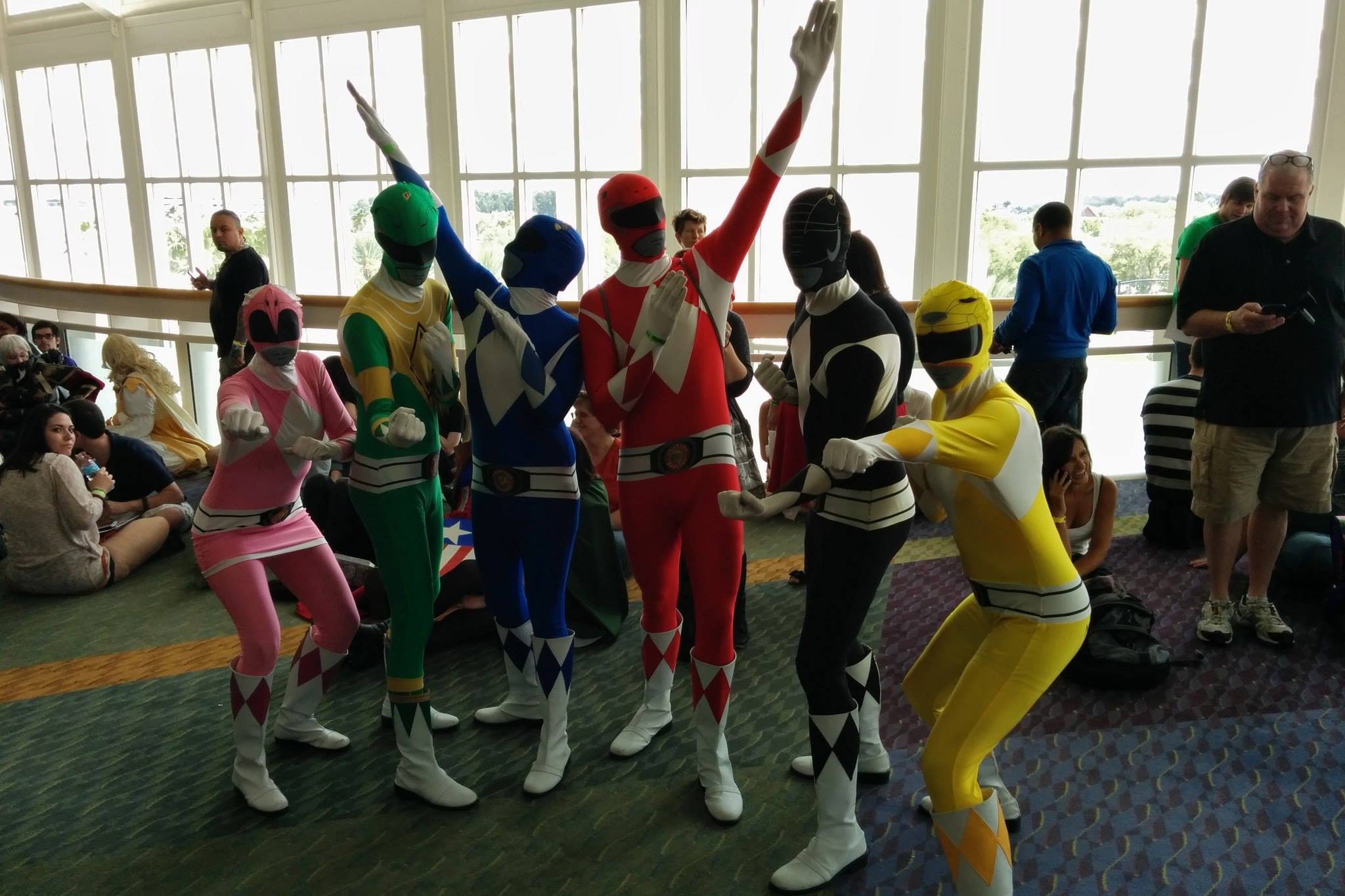 Unfortunately, my experience this year left me wondering if this convention has grown too big for its britches.

Let me begin by saying that as a lover of the increasingly overcrowded Dragon Con, I didn’t feel that the issues with MegaCon were simply due to the fact that there were too many people. Yes, there were times – especially on Saturday – when the lack of personal space and the amount of time it took to walk from one room to another was more than a little bit frustrating. Thankfully, most of these issues, along with others that I’ll describe below, have easy fixes.

But first I want to mention the things that I do enjoy about MegaCon. I’ve attended a lot of conventions, and so far this one is probably second only to Dragon Con in terms of the quality and quantity of cosplayers. This year there was plenty of Homestuck and Attack on Titan to be seen, but it was also great to find an awesome group of Power Rangers, tons of amazing Star Wars, and plenty of great mashup costumes as well. Not to mention a lot of Disney cosplay…I mean, it is Orlando, after all. 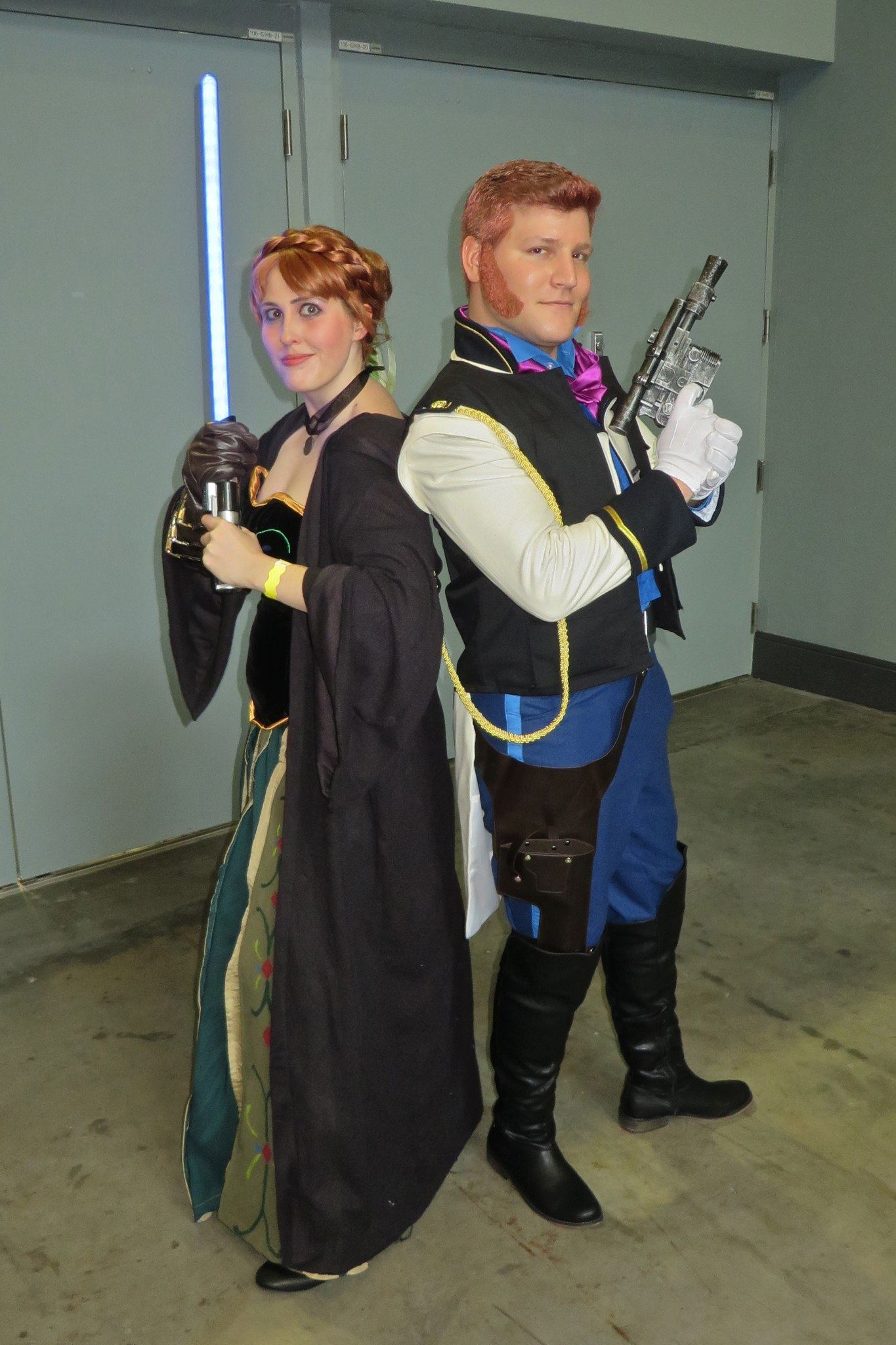 Additionally, I’ve attended some really interesting panels at MegaCon the past two years. A couple of writing panels, along with everything from cosplay how-to’s to Kickstarter 101s. Sadly, though, my biggest gripe with MegaCon 2014 comes in the form of a panel – the Walking Dead panel, to be specific. Held on Saturday afternoon, this experience turned out to be one big mess that involved many people (including myself) waiting in line for an hour and a half or more, after being told we would absolutely get in to the panel, 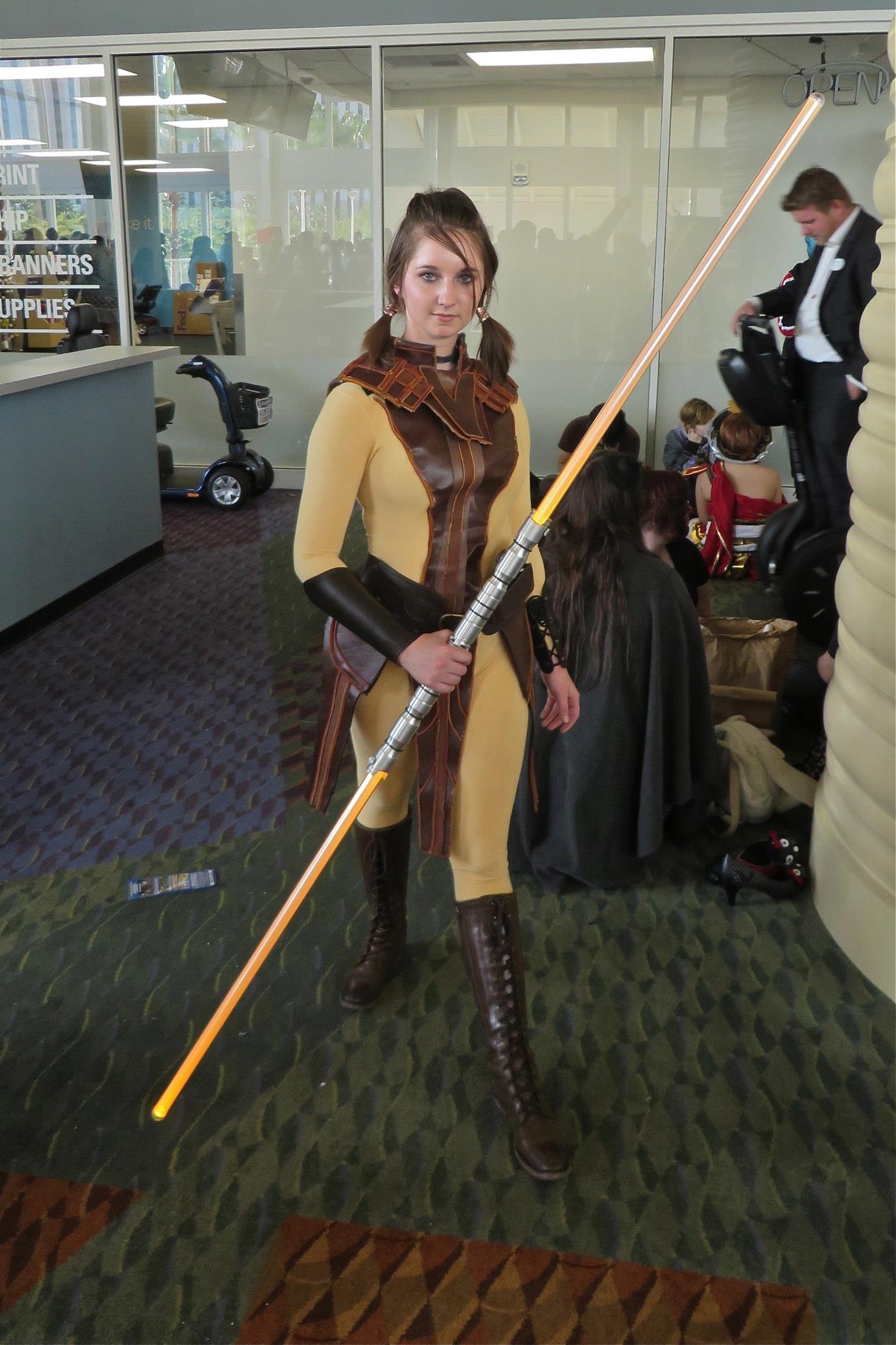 and then missing out on it because of bad organization.

On that note, I’ll return to my comment about easy fixes, because thankfully MegaCon did learn some things from the Walking Dead debacle. On Sunday morning, when the line for the Wil Wheaton panel started getting a bit lengthy, they handed out tickets to those who were in the ‘official’ line, and checked those tickets at the door to ensure that the people who had been waiting in the proper place got in.

Though being in the North Concourse at the Orange County Convention Center did mean more space in the dealer room, having experienced this convention in the West Concourse last year that is, in my opinion, a much better area.  There were bigger panel rooms, for one – and even the ‘small’ panels that I attended this year could have used that space. As for the dealer room being smaller, well, it’s also on the main level of the West Concourse. Part of the crowd control issues this year definitely stemmed from the fact that there was only one set of stairs/escalators for people to use to enter the main MegaCon hall. Thankfully I’ve heard that the convention will be back in the West Concourse next year, and I’m definitely looking forward to that!

However, if MegaCon continues to grow at its current pace, the main thing they’re going to need is more convention staff and/or volunteers…and better trained staff/volunteers, at that. Without going into too much detail, the lack of knowledgeable people working for the convention was clearly part of the problem with the Walking Dead panel; additionally, 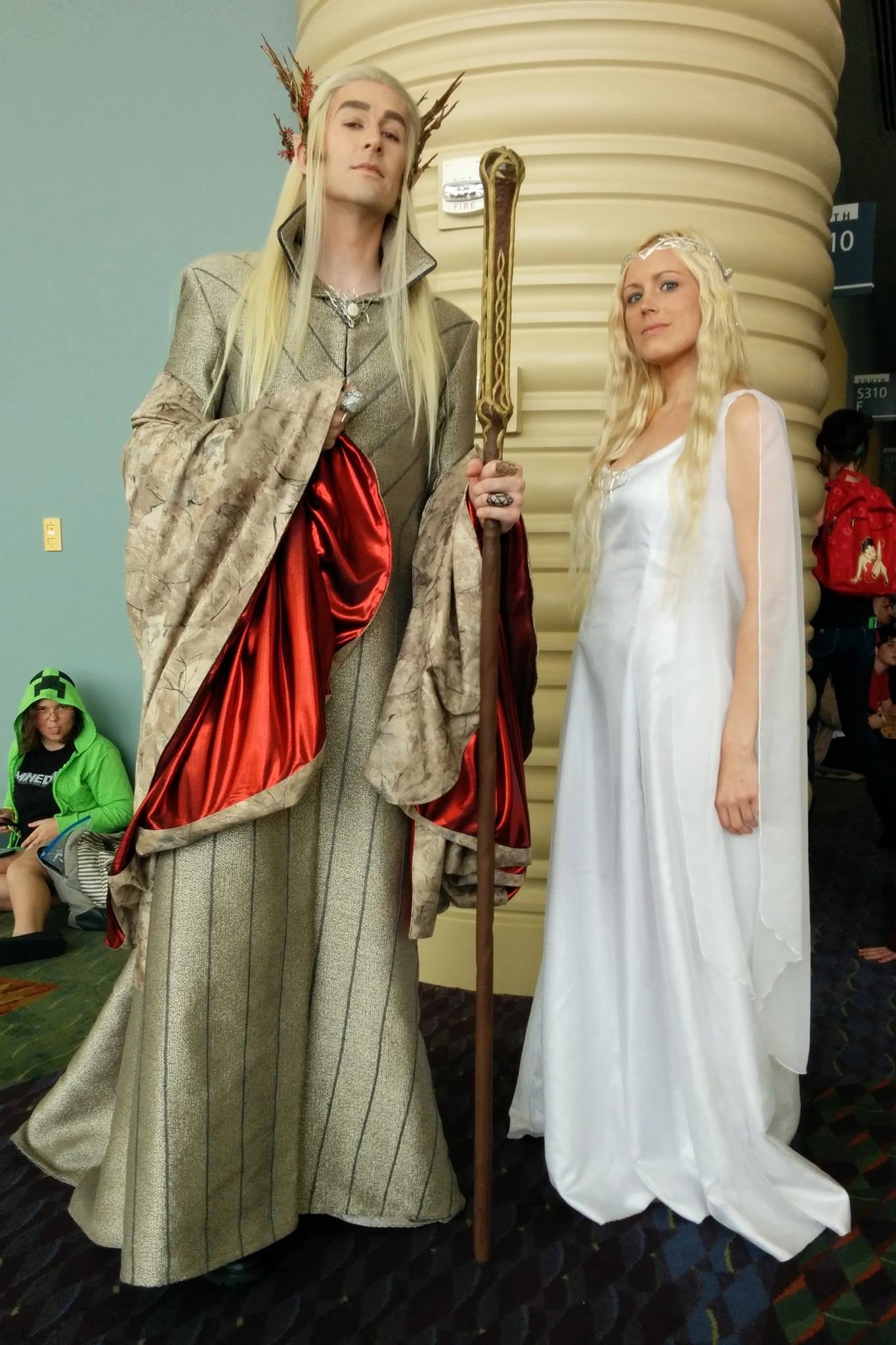 there was an obvious lack of crowd control on Friday morning when the full weekend badge holders descended to pick up their tickets. In fact, the only staff or volunteers that I even encountered all weekend were the ones checking badges at entrances and standing at exits, pointing attendees in the direction of the (seemingly far too few) entrances.

I’m hopeful that MegaCon’s quick response to the panel line issue is exactly what it looks like – proof that they are on the ball and will therefore quickly come up with solutions for the aforementioned issues. The Orange County Convention Center really is one of the nicest of its kind; there are many large hotels within walking distance, restaurants galore, and Orlando’s weather is often at its best in March – not to mention the many other draws that the city has, including Walt Disney World and Universal (especially with Wizarding World of Harry Potter!).

Despite the convention’s growing pains, I for one am crossing my fingers and looking forward to next year.

Previous:Naruto x 671Review: Naruto and the Sage of the Six Paths
Next: Lucy (2014) Trailer Review