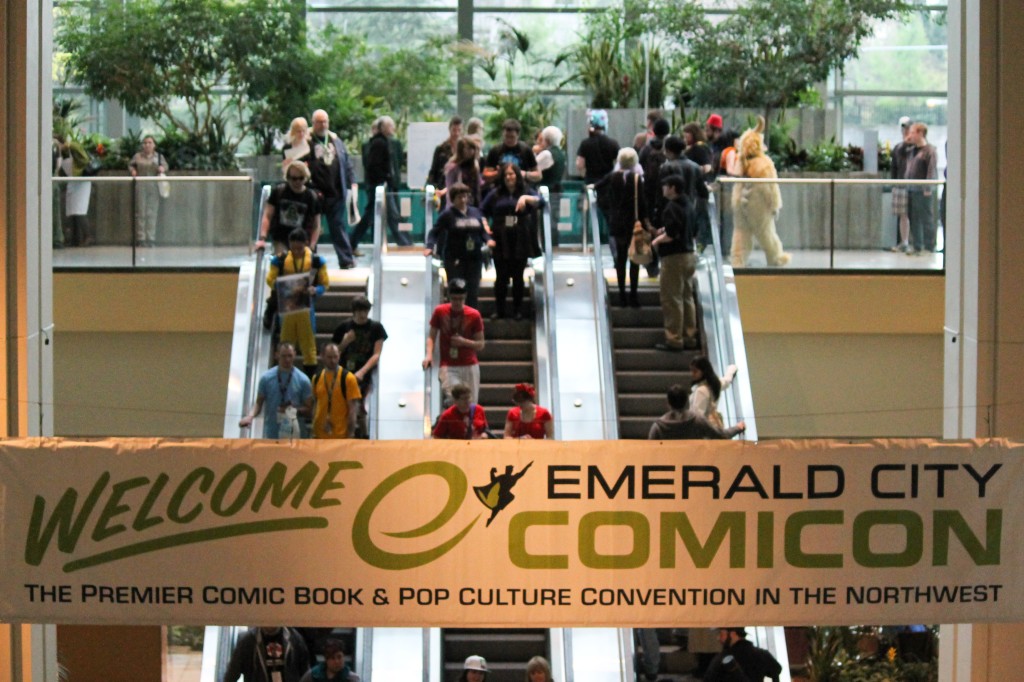 Here downtown, it’s back for the eleventh year. This time, the grand event sold out over a month before. The news is not surprising, considering the arrivals. Throughout three large rooms and multiple panels, were many prominent comic companies including DC, Image, Boom!, and Dark Horse and a mix of the fresh and legendary creative talent. Among them were Scott Snyder (Batman, American Vampire), Jeff Lemire (Sweet Tooth, Animal Man), Mike Allred (Madman, Fantastic Four), Frank Cho (Liberty Meadows), and Don Rosa (Uncle Scrooge). The celebrity guest list had some rare treats for the Northwest including Karen Gillan (Doctor Who), Karl Urban (Dredd, Almost Human), Alan Tudyk (Firefly), Stephen Amell (Arrow), and many more.

Here I was, for my third year in a row. I shopped, made new friends, and gathered some signings and sketches from some of my favorite creative talent in the comics industry. Like any convention, I could not do or see everything, yet I gained my fair share in the partaking of this gargantuan geekfest.

I wasn’t alone. I think for every person among the tens of thousands present there was some unique experience to be gained. Each can be captured for great memory, and often best by photograph.  I have a handful of such pictures below, of my favorite moments personally observed.

Let’s start with some organized chaos. Part of the fun of these comic cons is how we all have these different intersecting paths and crazy goals. Then we throw in surprises and distractions. The longest line in this particular room was for any fan wanting a close picture next to a replica of the TARDIS (Doctor Who). 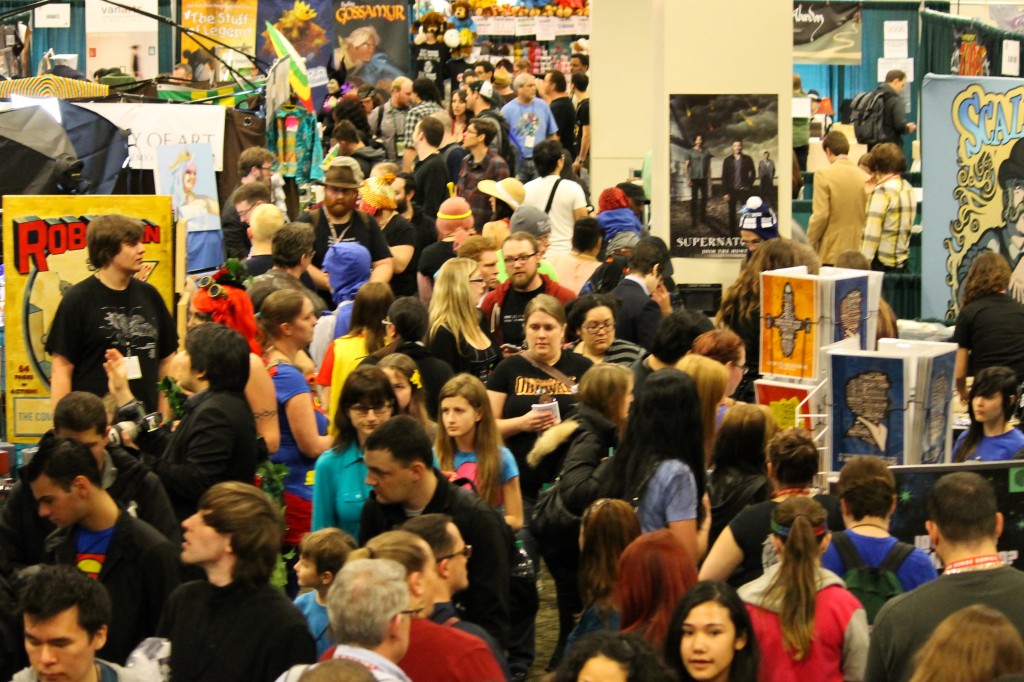 The lines were lengthy, but moving smoothly thanks to the legion of motivated volunteers, or “minions” as they were dubbed, recognizable by their bright yellow-green shirts. ECCC lines were often quite colorful, and sometimes defining of its fandom. 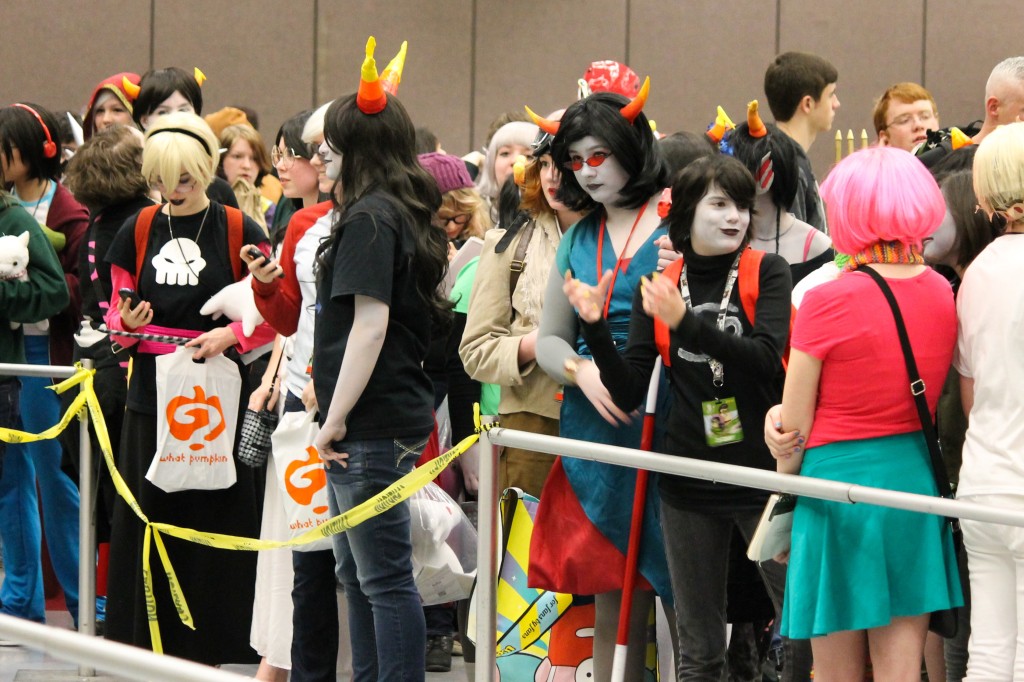 The exhibit floors (3 main rooms) did not disappoint, especially for comic lovers. Many trade paperbacks and graphic novels were slashed 50 percent or more off cover. Old back issues were aplenty, with some higher in demand. Earliest mint Walking Dead comic printings still command triple or more digits. In anticipation of the next X-Men movie, the original “Days of Future Past” comics (Uncanny X-Men #141, #142) were often featured, raised in price $75-$300 (not CGC graded depending on condition). 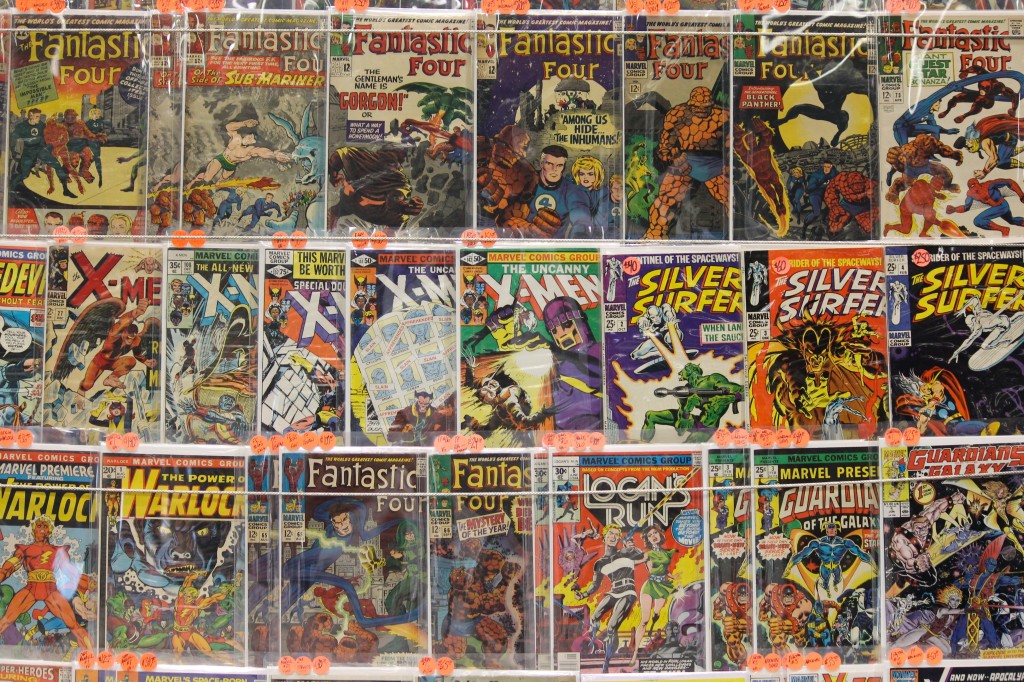 Cosplay among attendees was plentiful. Mars Attacks, as the Martian Emperor photobombs a Marvel vs. Capcom cosplay showdown (Akuma vs. Magneto) 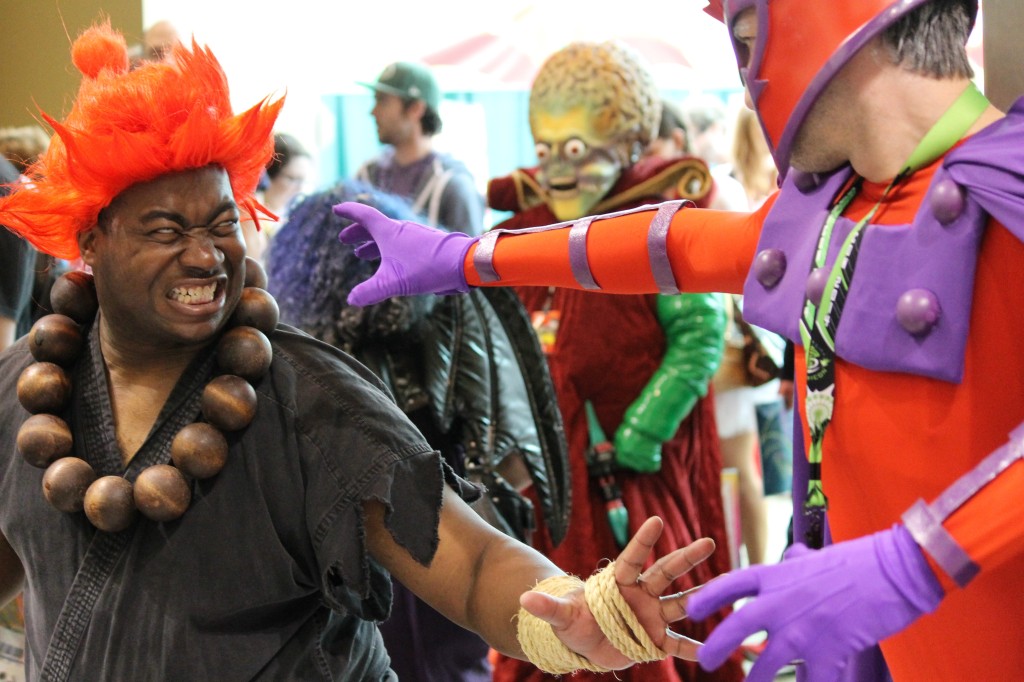 Sadly, no official Marvel Comics booth at the ECCC. Yet, fans back up the Marvel love, especially in anticipation of the new Captain America: Winter Soldier movie. Among us, were many Caps and fellow Avengers, with the occasional Loki in full cosplay mode. 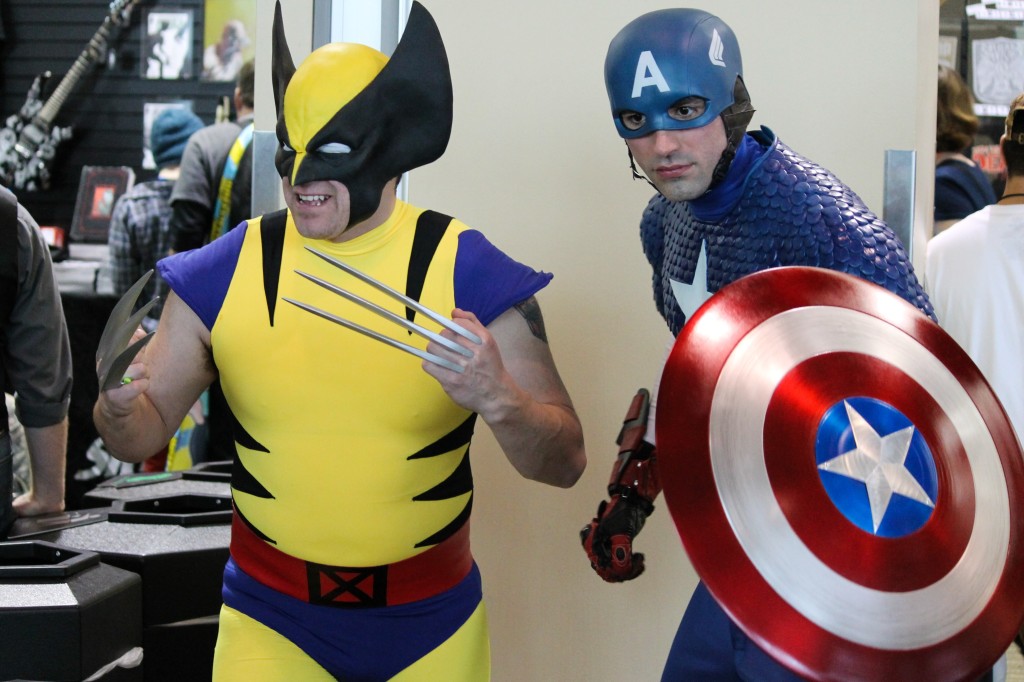 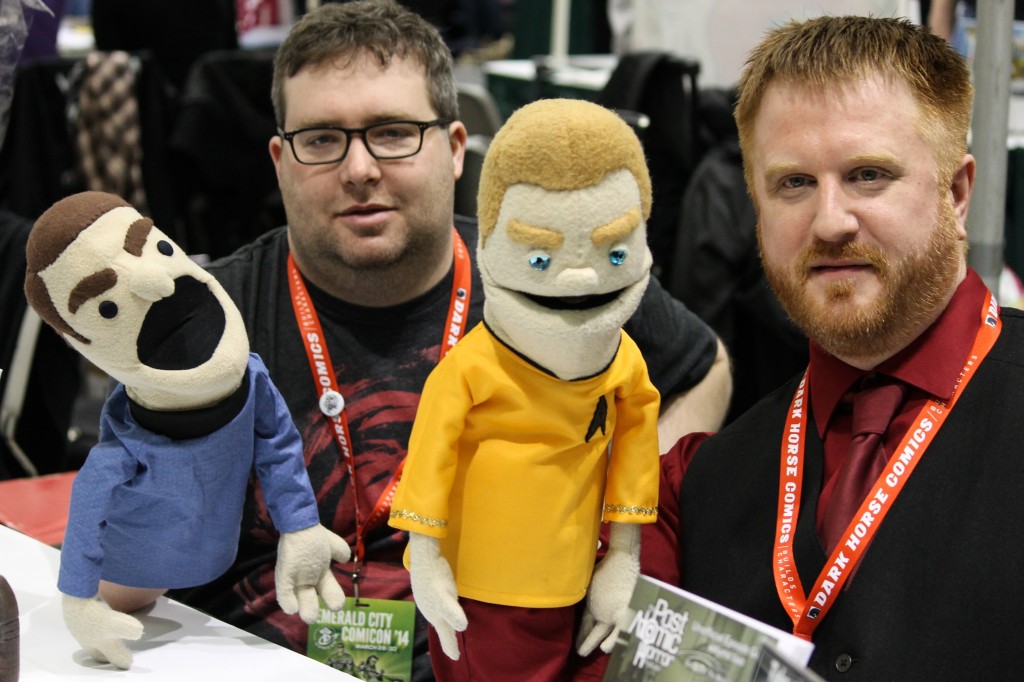 “In brightest day, in blackest night, no evil will escape my sight”..unless it’s pizza time for Marie Doll, pro-cosplayer and special guest of the ECCC. 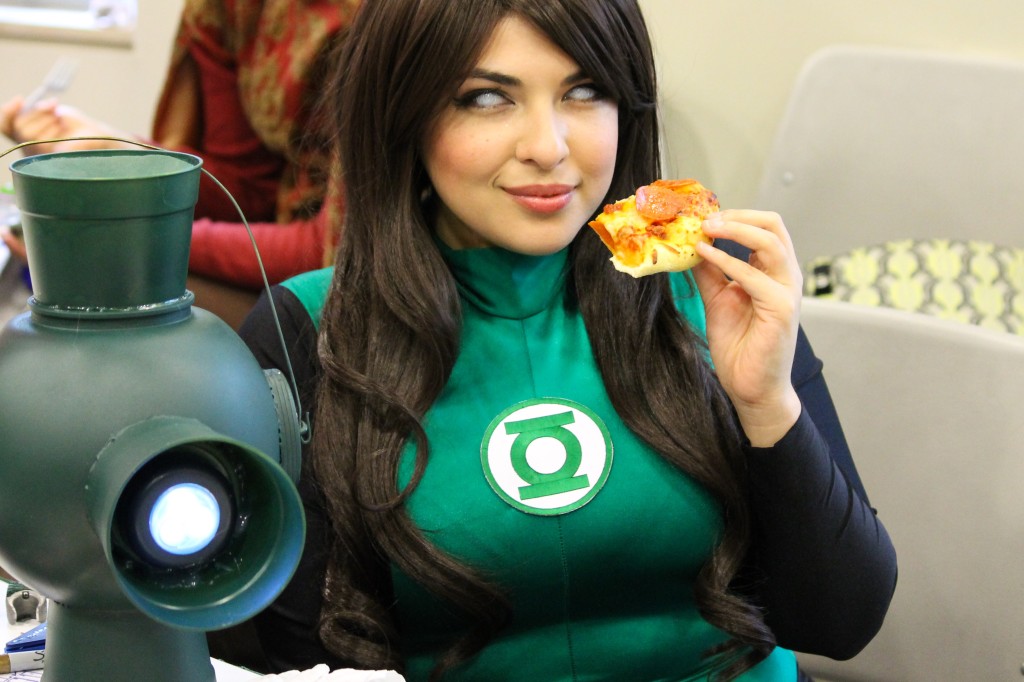 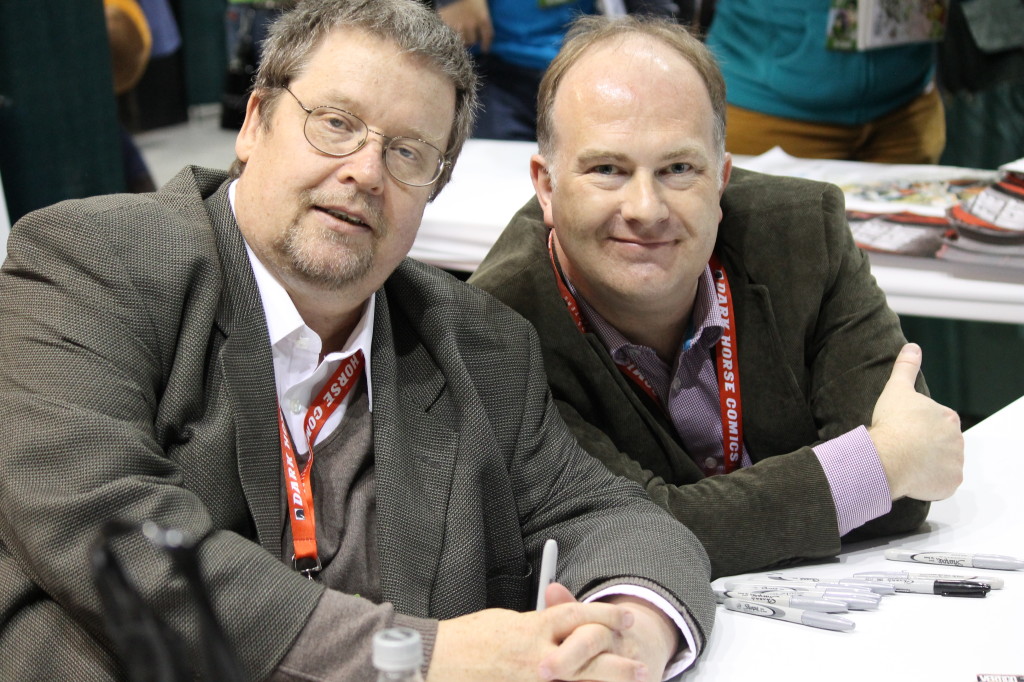 The strangest vintage sale item found in one Exhibit Hall, $10. I considered it, but passed up for an opened Arkham Horror board game, just $20. Urkel antics might be too radical for the board game nights. 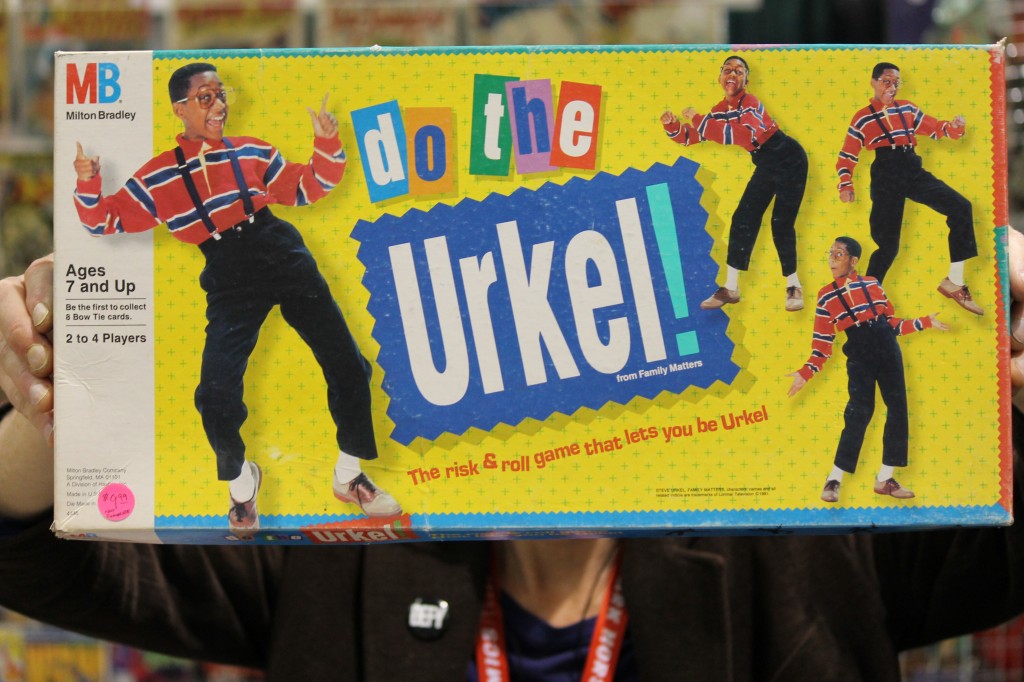 It’s never quite a Comic Con without at least one booth selling goofy T-shirts. 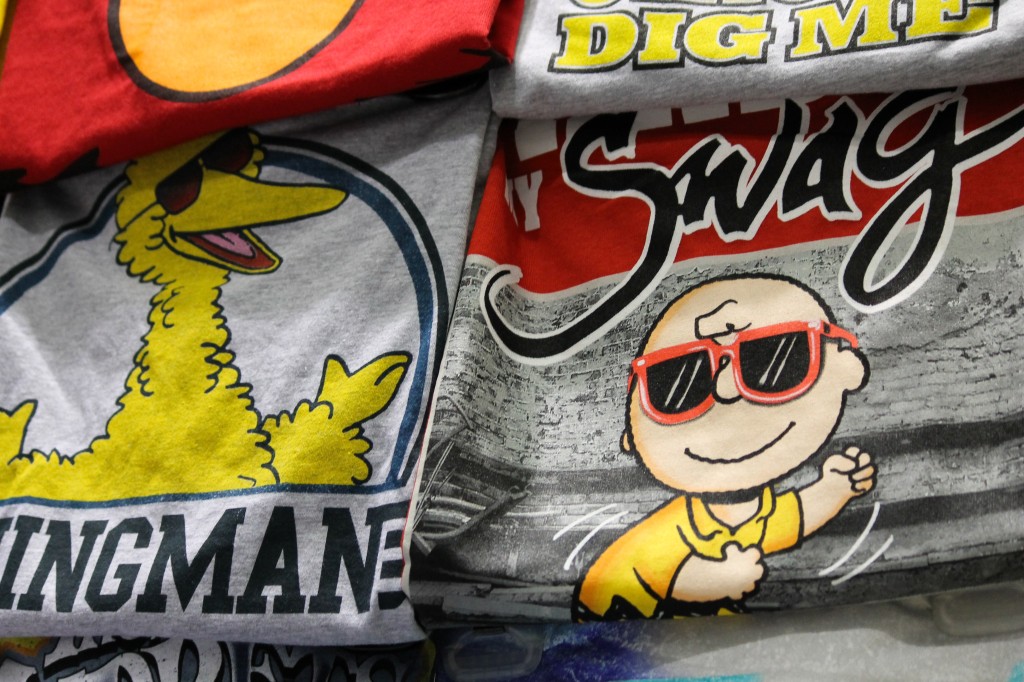 An awesome sketch by comics artist Yanick Pacquette (Swamp Thing) . It was done for a the fan before me in line, after I suggested Poison Ivy for him. For me, Pacquette sketched a sweet portrait of Swamp Thing. 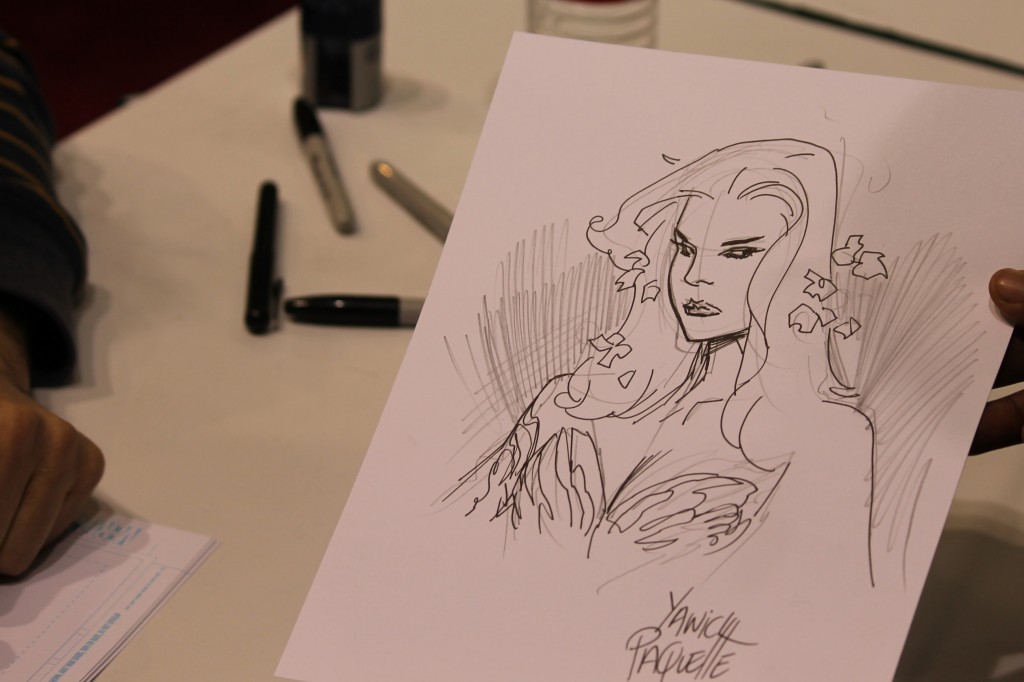 Lil Gotham artist, Dustin Nguyen, sketches out his unique comic style of Batman for a fan. 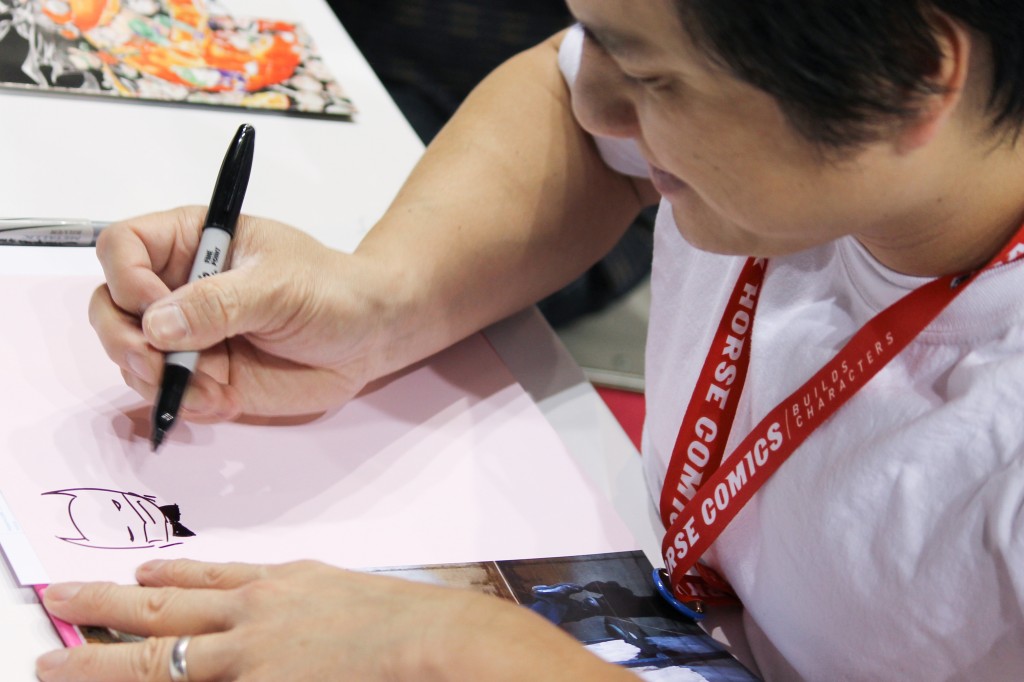 The Walking Dead panel featuring stars Chad Coleman and Emily Kinney.  My ears were covered for much of this time, being behind on this latest season. 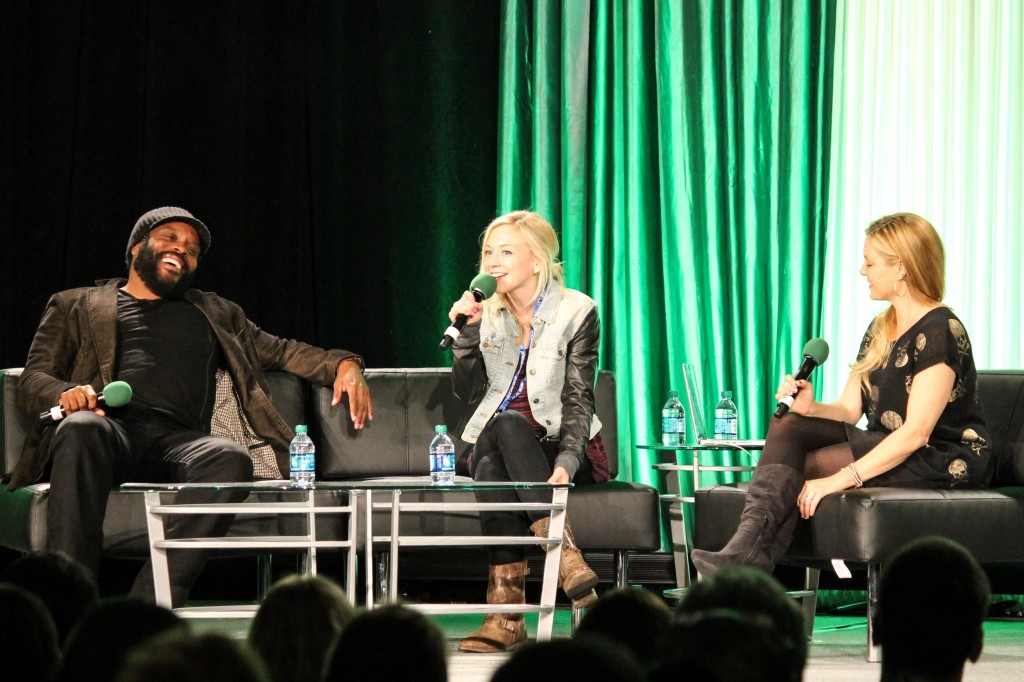 “Space is disease and danger, wrapped in darkness and silence!” says Karl Urban doing his McCoy from Star Trek at his own panel. He talked much on his passion for the latest Judge Dredd movie (and hope for a sequel), pranks on the set of Star Trek, Almost Human, and goofing up his bed scene as Julius Caesar on Xena: Warrior Princess. He also said tequila a lot.  Not sure if some in-joke, or I just don’t know Karl Urban enough.. 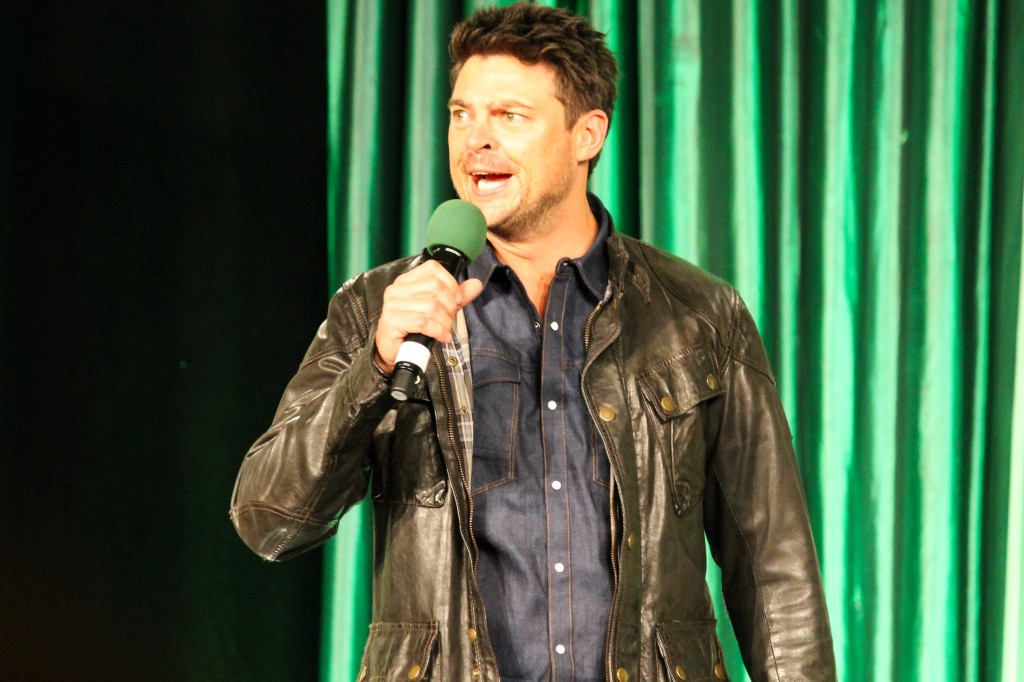 John de Lancie (“Q” from Star Trek, The Next Generation), finding new, younger fandom since his voice work as Discord on My Little Pony. He was grilled by two fans on stage, revealing his favorite Pony. First he proclaimed “Discord” as his favorite Pony in a playfully sinister manner. But asked again by the other, he went with “Fluttershy.” 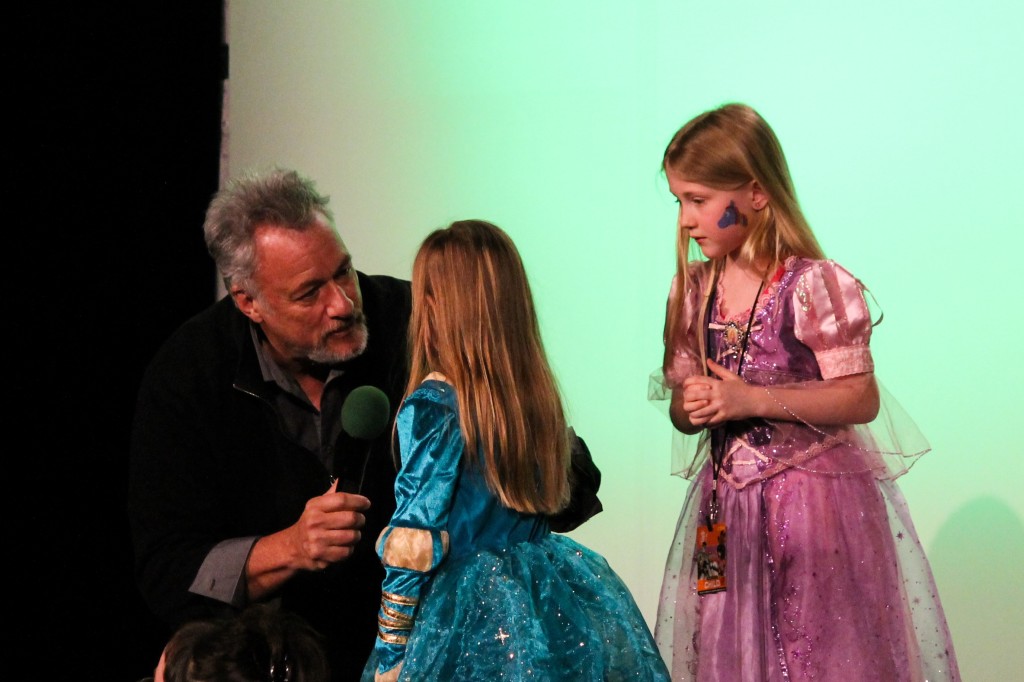 Here, opposing reps from the Mushroom Kingdom tried to settle their differences. This ECCC was a wonderful place for families who share in their geekdom. 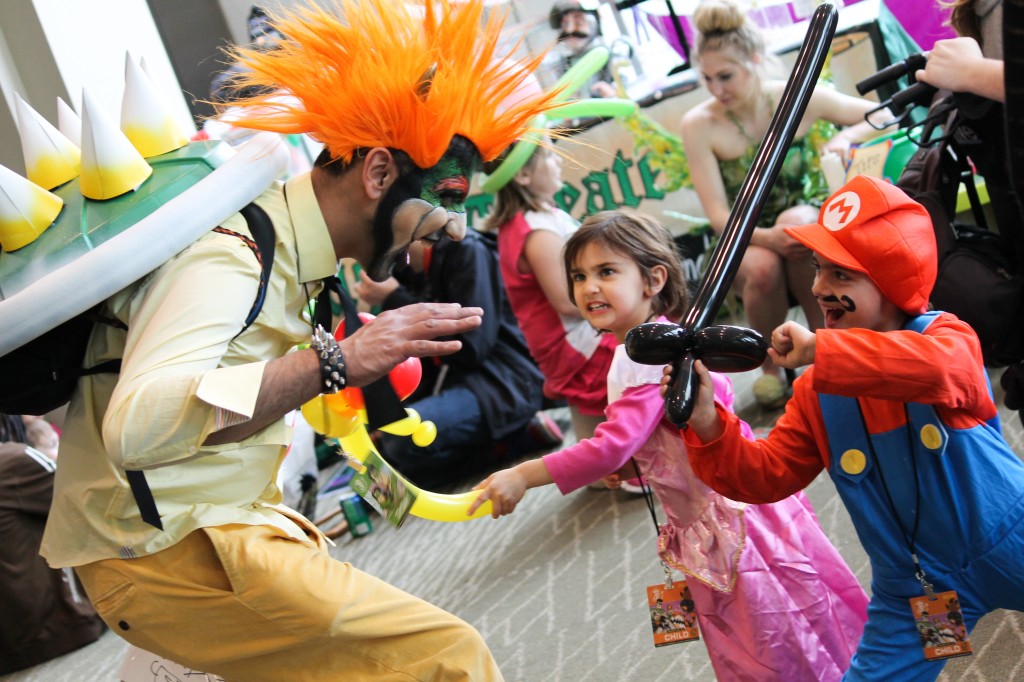 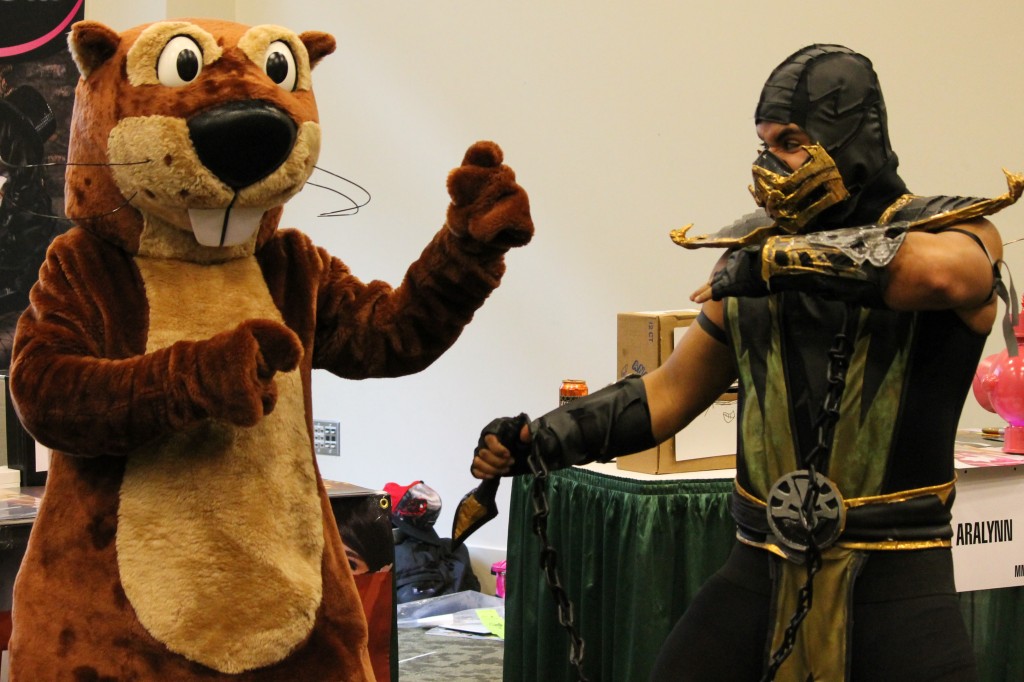 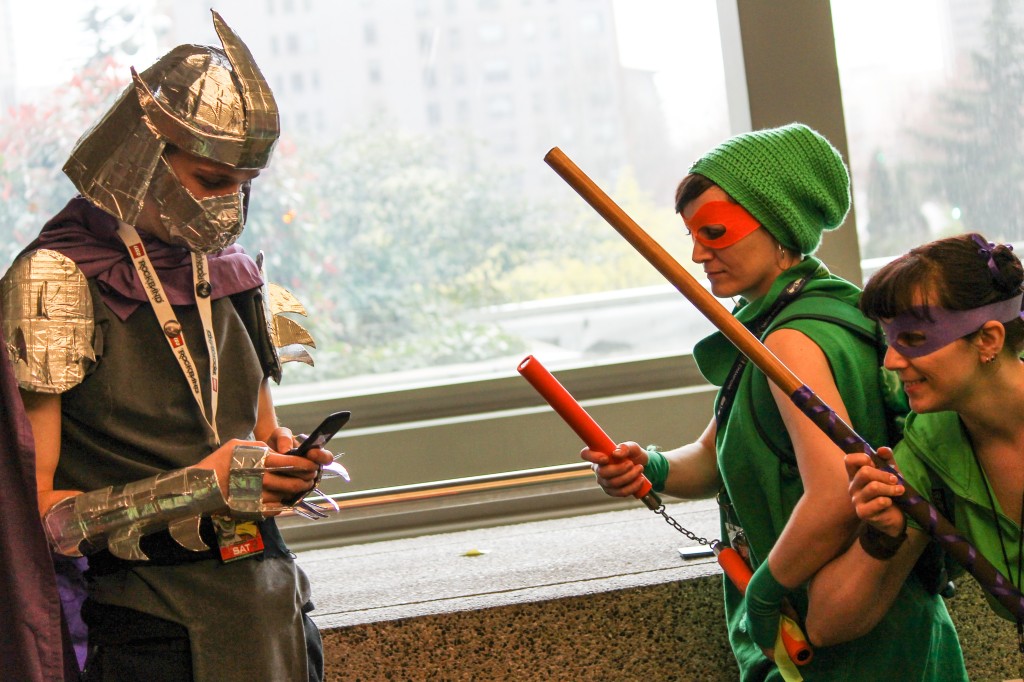 Whatever, Luthor. But first, let me take a selfie.. 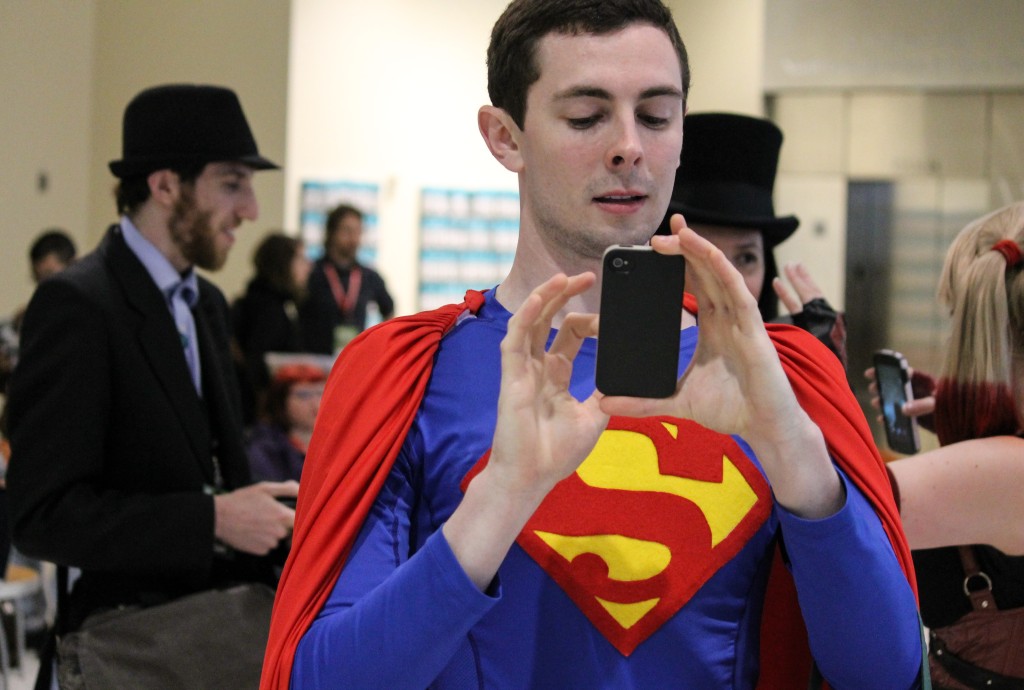 No shortage of sonic screwdrivers at the ECCC.  Doctor Who fandom is strong in Seattle.. 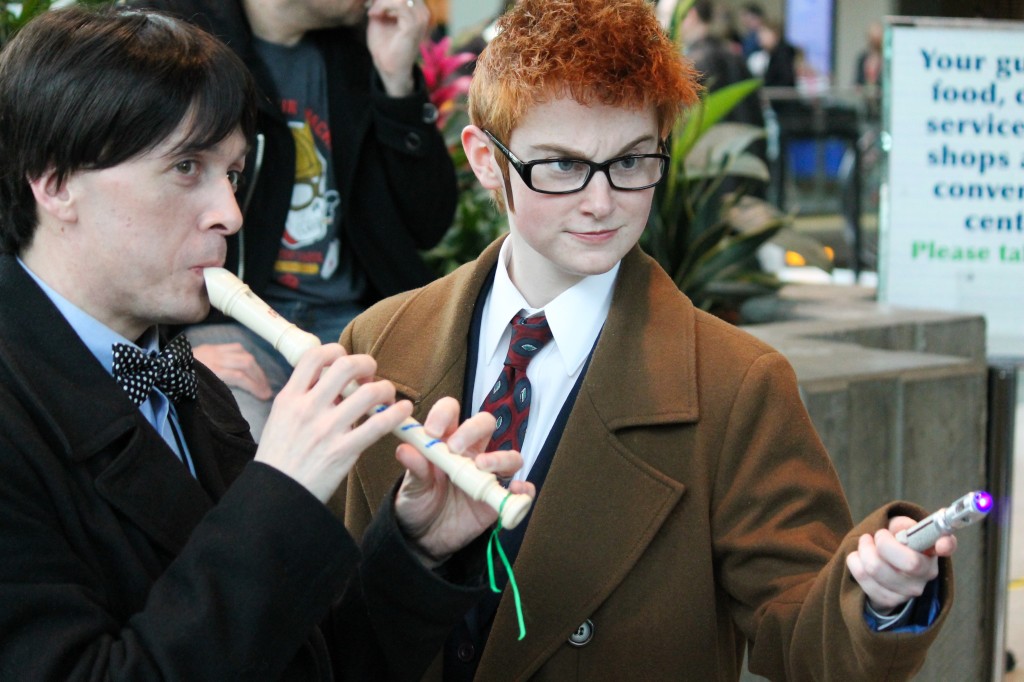 At times, some play is put into the cosplay. 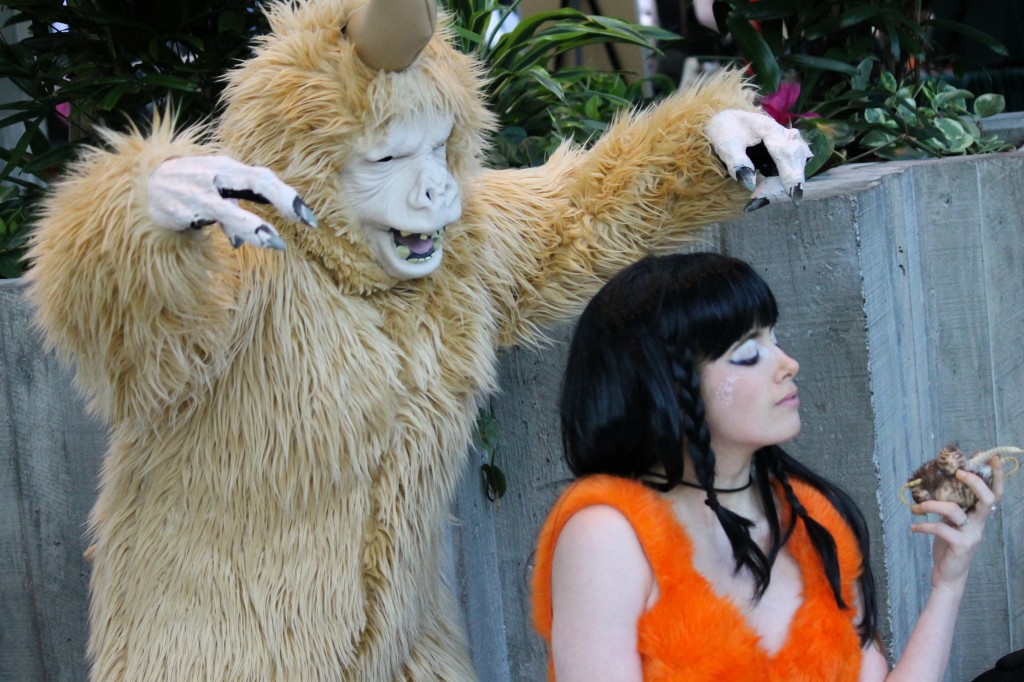 Meanwhile, at the Masquerade “Party” The Aliens Xenomorph on the right gained the highest cheers, and the Best in Show award. 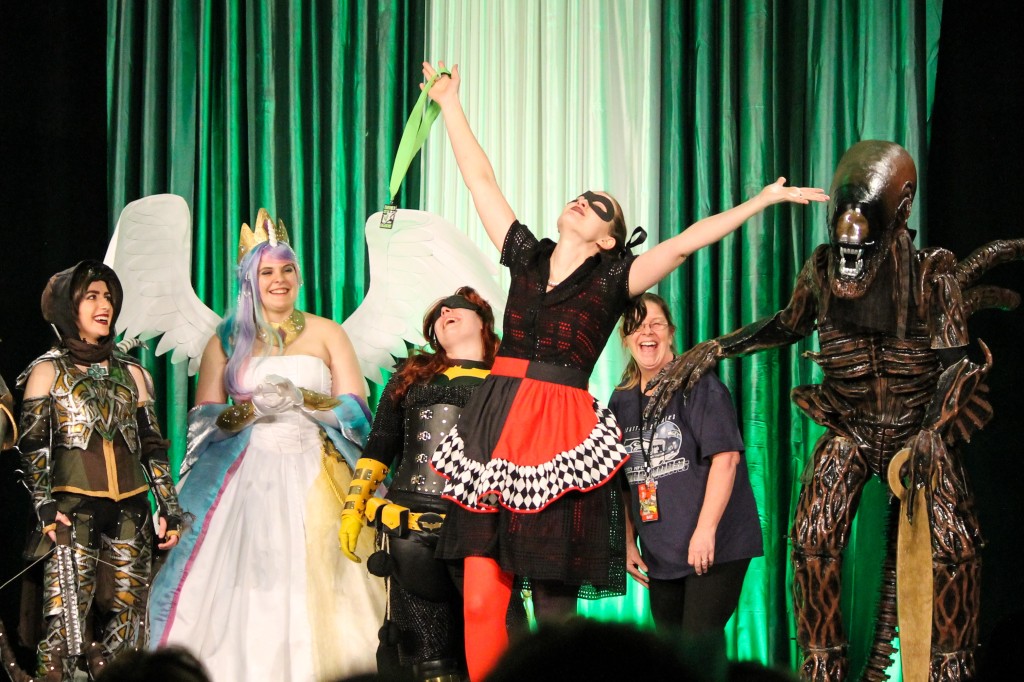 KNEEL BEFORE ZOD!! Another cosplay favorite at the Masquerade. 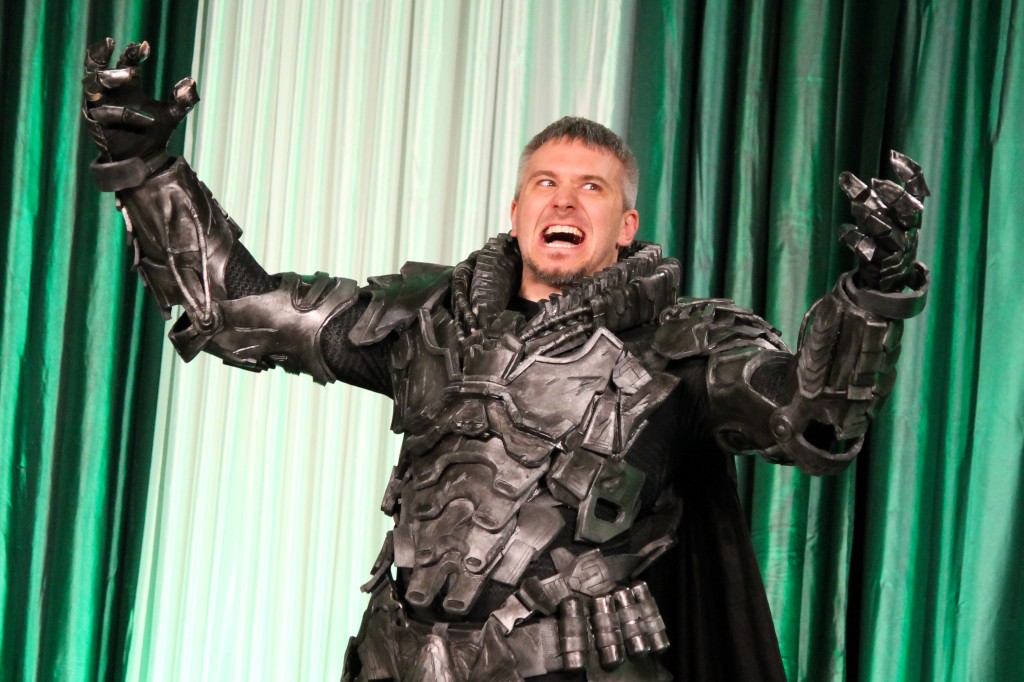 Overall, the Emerald City Comic Con was awesome and worthwhile. I look forward to my 4th year in 2015.