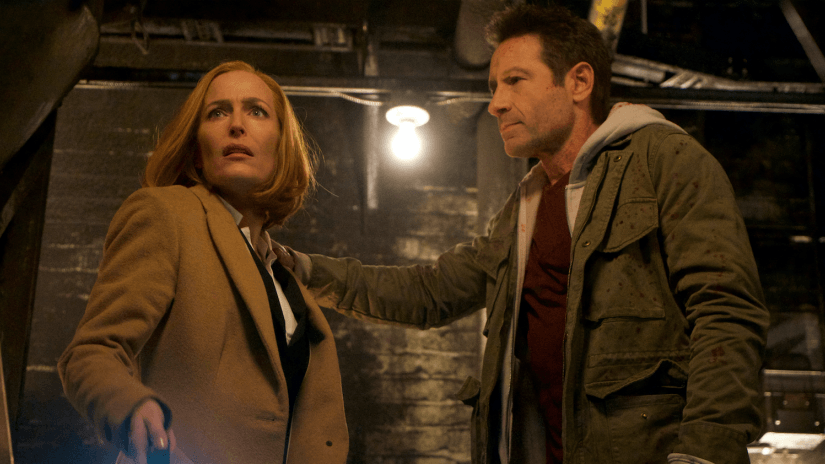 I wasn’t sure if The X-Files could wrap things up in just one episode, and while “My Struggle IV” proved they could, it came with a couple caveats: they wrapped up what they wanted to, nothing more, and they did it in one heck of a rush.

Don’t get me wrong, the pacing actually wasn’t horrible – I was on the edge of my seat for the entirety of “My Struggle IV”. The problem is that in the end I was still left feeling like something was missing. Gillian Anderson has made it very clear that she’s done with The X-Files, so I suppose I was hoping that they would do one of two things: introduce a logical way for the story to continue without Mulder and Scully *and* without characters like Monica Reyes and the Smoking Man, or conclude this season with a finality from which there would be no coming back. Unfortunately, neither of these things happened.

Listen, as much as I love this show, I don’t want some weak reboot, and I just can’t see how anything they’ve done this season would lead to anything but, should they go that route. And unless I completely missed something, Monica is still around (ugh) and let’s be honest, if the Smoking Man survived that season 9 explosion, he could certainly survive a few gunshots to the chest. Mulder, oh Mulder, why didn’t you aim for the head?! 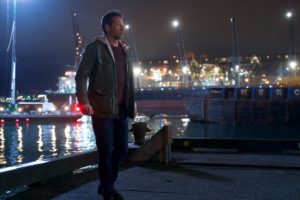 Speaking of aiming for the head, I guess William somehow used his powers (which are far more varied than I can understand) to survive his confrontation with the Smoking Man. I’m trying not to think too hard about how or why, but it’s probably for the best that Mulder and Scully pretend he’s dead (I have to imagine that Scully still has that psychic link with him and knows that he’s not dead, otherwise her reaction is at best nonsensical and at worst absolutely horrible).

And hey, Mulder and Scully apparently even get another go at the whole kid thing, and for real this time – while to the very end we never saw them do more than share a few kisses on screen (none of which even happened this season), the so-heavily-implied-that-it-was-obvious-they-had-sex scene in “Plus One” certainly came to fruition with Scully’s announcement of this second miracle child. 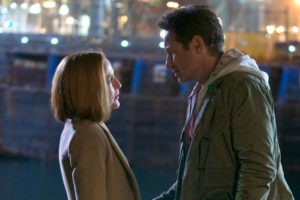 As an old school Mulder/Scully shipper who believes that their whole will they/won’t they – or rather, have they/haven’t they – relationship is the best one that television has ever produced (don’t @ me), I’m torn between not minding that she’s pregnant with Mulder’s baby for real this time and wishing that hadn’t been the last Mulder/Scully scene we’ll likely ever get. But then I’m one of those ‘never want to have children’ people who also doesn’t like when shows and movies and books have pregnancy and children be their female characters’ Most Important Thing, so take my opinion on this with a grain of salt, I guess.

Anyway, even if the Smoking Man is dead for real this time, and even though Mr. Y and Erika Price are gone, does all of that mean that the whole pandemic thing is moot? That’s a pretty messy loose end to leave untied if this is actually the end of the show, but I suppose I might have missed some sort of throwaway explanation for how it’s no longer a plot point. Fill me in if that’s the case?

Between that possible loose end (and a few more), there were definitely enough things left up in the air to facilitate yet another X-Files come back, but even my nostalgia-loving self is a bit jaded. Was “My Struggle IV” the perfect end to the show, or even the one I hoped for? Nah. But it also wasn’t terrible; in fact, it was a hell of a lot better than the end of season 10. And hey, along the way we got some really great non-mythology episodes.

What did you think of The X-Files season 11 finale? Do you think it was a fitting end to the series, or are you hoping for more X-Files in the future? Let us know in the comments!