Orphan Black 2×4 Review: Governed As It Were By Chance 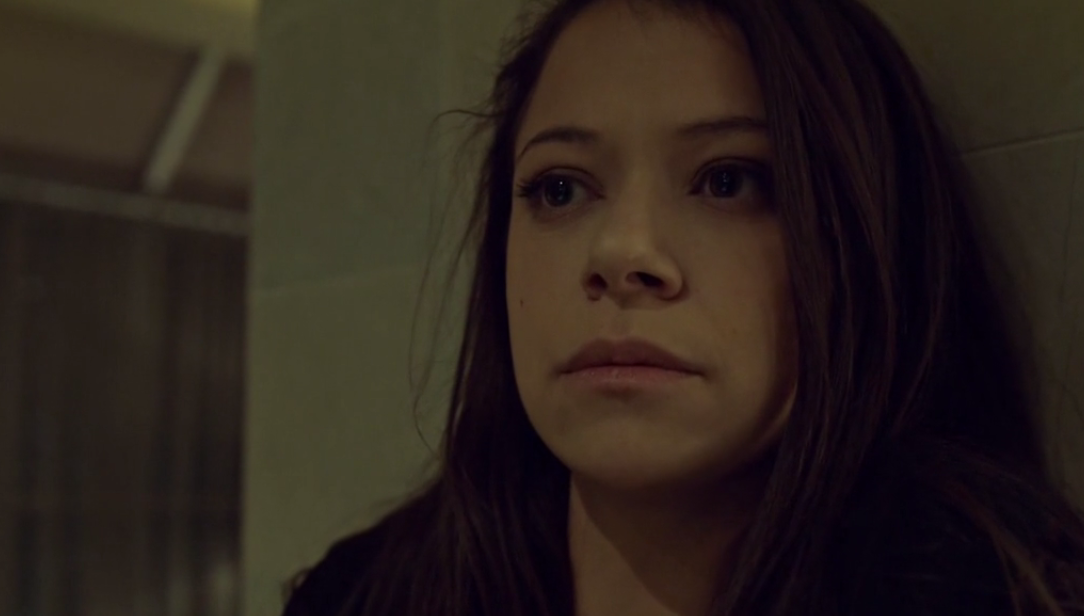 This episode was very Sarah focused with a heavy side helping of Helena.  We didn’t see too much from either Alison or Cosima, but we did get enough to know that their individual plots are moving forward.  While both Alison and Cosima are dealing with their own life struggles, both Sarah and Helena are dealing with catastrophic problems.  They are both trying to escape organizations that want to take them and essentially strip them of their personhood.  They’re the clones that got away and they’re “miracles” due to the fact that they are capable of having children.  For these reasons they are highly sought after and have been put in the position of having to flee for their lives.

Sarah’s plot with Cal is beginning to push the envelope of believably to me.  I could buy that he’d take a gun and defend his daughter with it, even if he was unaware of her existence up until a couple of days ago.  But now he’s given up his life and gone into hiding with Sarah and Kira, which I’m struggling to understand from a logical level.  Is he just that in love with Sarah?  Has the prospect of fatherhood awaken some extraordinarily protective instinct that he didn’t know that he had?  Or does he know more than he’s letting on?  When she told him the name DYAD he seemed to react a little oddly. If he does know something, how much more does he know?  How would he know if he was just a random mark?  I’m not going to put this on bad writing because so far Orphan Black hasn’t let me down on that front, but I’m finding the extent he’s willing to go for Sarah and Kira just a tad beyond believably at this point and I want more explanation for his actions.  Even if he’s just completely in love with Sarah and extremely protective of Kira, I’d like for that to be elaborated on a bit more in the narrative.

Unfortunately Helena’s story did the one thing I was hoping it wouldn’t do and forced a pregnancy on her.  I knew that’s where things were headed, but it still makes me extremely uncomfortable.  I guess that’s kind of the point, though, isn’t it?  Whatever happened to her, I’m glad she escaped the Prolitheans.  I knew she’d be able to do it once she recovered enough, but I was hoping she’d take out a few people before leaving (but not Gracie, I kind of like Gracie and from the sound of it she survived).  Perhaps she’ll get vengeance in a future episode.  I don’t see the Prolitheans letting her escape, especially now that she’s pregnant.  There’s going to be a showdown at some point in the future. 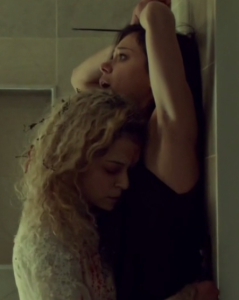 Now that Helena and Sarah have reunited, it’s possible that their stories may get tied together.  Sarah is still rightfully angry at Helena for killing their birth mother, but Helena still feels a connection to her and wants to be with her.  I’m not sure if Sarah will ever truly be able to forgive her, but she may show sympathy towards her and her situation.  There are massive parallels between them, after all.  However, if they do team up that means they’ll have two organizations hunting them.  DYAD is after Sarah and the Prolitheans are after Helena.  Maybe they can aim these two groups at each other and slip out the backdoor while they’re exchanging gun fire.  No offense to the Prolitheans, but I’m pretty sure they’d be on the losing side of that battle.  Then again I could be barking up the wrong tree here and Sarah might completely reject Helena and their plots will go back to being completely separated.

One of the most interesting bit of character development from this episode was about Rachel, even though she didn’t actually make an appearance.  My ideas about Rachel’s upbringing was very much like Cosima’s, where she was raised to be a perfect little corporate clone.  It looks like she did have loving parents, though, and that they were somehow instrumental in whatever “project Leda” is.  We also learned that she has a monitor as well, which I just assumed she would be exempt from due to her status.  It makes me feel that once her parents died, whatever the cloning project actually is became Doctor Leekie’s project.  He’s the man in charge now and he put a monitor on the highest profile clone in the corporation.  It’s amazing how much we learned about her without her actually being on screen.

Alison’s scenes were small in this episode, but we did learn that she’s been put into rehab and she’s not taking any more of Donnie’s crap.  She knows he’s her monitor and is pretty much done lying about it.  He’s holding the custody of their children over her head, though, so she needs to cooperate as long as it takes to complete the rehab program.  Once she’s done with that, I’m hoping she can escape her situation and keep her children.  While her kids don’t feature much on screen, I have no doubt that they are important to her.  Motherhood is something she very clearly wanted and was upset to not be able to have her own children.  While the narrative doesn’t focus too much on the adopted children she has, it’s pretty clear it’s an important part of her life.

Cosima’s scenes were even shorter and we didn’t really learn too much.  She’s watching the video of the clone who died and seemingly obsessing over her own illness.  I hope that she can discover a cure with the resources she has before she gets too sick.  If we lose Cosima my enjoyment of the show will go down, like, at least 40%, guys.  Not even going to lie here, but she’s my favorite clone.  Cosima needs to live or I will cry and then BBC America will have to deal with my massive fangirl tears.  And on that note, there was no Delphine in this episode.  That makes me pout a bit as well.  But hey, we’re only on the fourth episode, so I’m sure my fangirl heart will get plenty of the both of them soon.

As is the case with most episodes of this show, I’m left with a lot of questions and a massive need to theorize over everything.  That’s how we do things in Clone Club.  I’m eagerly looking forward to next Saturday.

Previous:Saddle Up for Denmark’s ‘The Salvation’
Next: Game of Thrones 4×06 Review: The Laws of Gods and Men