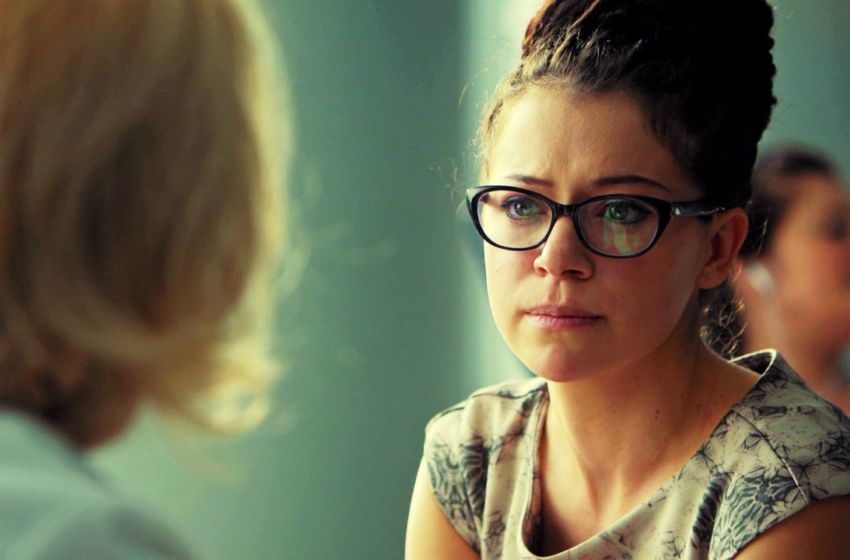 Even though every episode of Orphan Black is full of anxiety-inducing thrills, it generally does stay on just this side of entertaining. “Human Raw Material” gave us a lot of those same thrills but in a couple of scenes created some of the most disturbing scenarios seen thus far in the series. Some things will not be forgotten easily.

We did get a lot of answers in this week’s episode, but it sure did cause a lot of pain to get those answers. Perhaps the most heartbreaking scenes to watch were those between Sarah and Felix. The siblings have been a bit out on the outs so far this season and with Felix searching for his biological sister, it definitely seems to cause a rift between he and Sarah particularly, but also with S. Luckily the family dynamic didn’t fade completely away thanks to Kira. (We can always count on the kids to get us through the hard times.) Although I don’t agree with Sarah’s dramatic invasion of privacy with the DNA tests, who can blame her? She may be at the top of the paranoid list, but frankly she has every right to be. Although I love Felix and can appreciate his need to find his blood family, I do think that he probably should have given a little more thought to what Sarah was saying about the possibility of Adele being Neolution. In fact, even though we learned that Felix and Adele are related, I would not be surprised if it was actually all a setup. Adele just rubs me the wrong way.

Speaking of Kira, the sweet scene of her talking to her mother about feeling all of the clones made me a little misty-eyed. At face value, Kira was definitely trying to make her mother feel better. But we all know that Kira has a little bit of something special with a sixth sense, and the fact that she can literally “feel” all of the other clones makes me scared for her. She is such an important little girl in this whole thing, but I would hate to know how Neolution would exploit her if they knew about her abilities. It makes me shudder and I don’t even want to go there anymore!

The best parts of the episode, though, were those at the fertility clinic. We don’t often get to see the Donnie/Cosima dynamic, so it was a special treat to get them together for most of the episode. It is still so odd to think of Tatiana Maslany playing all of these characters because she h 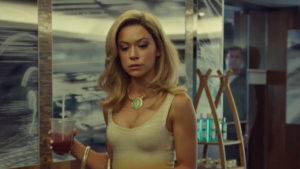 as different chemistry with the other members of the cast depending on whom she is playing. It is weird, but I love it. Getting to see Donnie interact with Krystal as a “new-to-him” clone was great, too. The whole time I kept wanting him to slip up and let her know that she is a clone. I think with all that self-defense and great skincare that she would be an awesome and valuable member to the Clone Club. Unfortunately, we did not quite get there this week.

This brings me back to Cosima. Out of all the characters this week, we got to see her the most. This makes me happy because she has mostly taken a backseat the past several episodes. She, of course, is integral to the story, but getting to see her in her science element this week was a treasure. However, she got the most shocking reveals. The first is that she actually met and had a conversation with Susan Duncan. This is the first time that someone from inside the Clone Club has confirmed that Duncan is alive and well and still fighting the good fight against Dyad and Top Side. Duncan knew exactly who Cosima was even though she really wanted her to be Sarah. This brings to me one of the most disturbing scenes that I have ever come across in this series: inside the fertility clinic.

Cosima being the brave soul that she is came across what appeared to be a Brightborn study; actual pregnant women getting paid to give birth to test subject babies. It was hard to watch. It was clear that even though the women participating were volunteers and getting paid a lot of money, they were obviously women who had no other choice. This show is good at editorializing social issues, and this was clearly saying something about corporations preying on vulnerable women. The worst part for me was when Cosima assisted with the birth. The trials are not going well as the infant born was quite deformed and would obviously not survive. Again, these scenes were very hard for me to watch, and even several days later, I am still having a hard time putting into words the emotions that I felt.

The other very difficult scene for me to stomach was when Duncan revealed that she and Ira are lovers. Now normally things don’t really shock me, especially on this show, but knowing that Ira was raised by Susan Duncan as a son, I just–can’t. It wasn’t the age difference or the exploitation of a creator with her creation, but the fact that she has a physical relationship with her son that got me. This show truly is all about family–and everyone is connected.

Did you have a visceral reaction to “Human Raw Material”? What do you think all the trials mean? Let us know your theories in the comments!