The 100 3×15 Review: Perverse Instantiation Part One 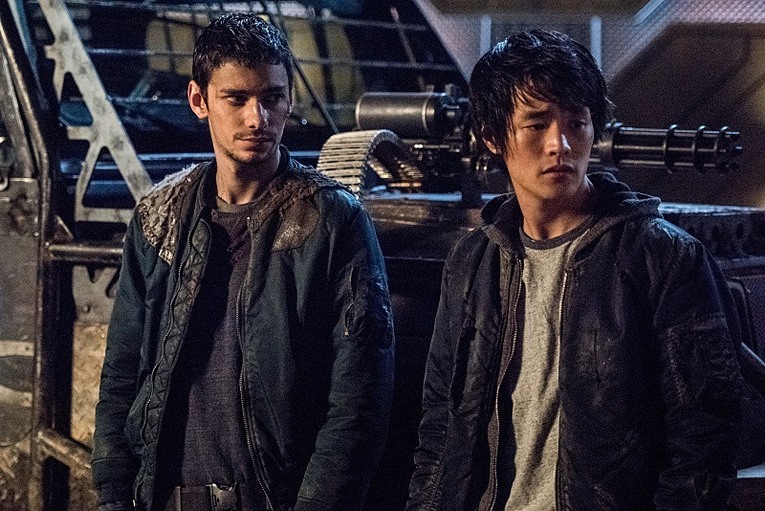 It was really difficult for me to focus throughout the entirety of “Perverse Instantiation Part One”, which to be honest was more than a little bit disconcerting, considering that basically every character in this episode had a one-track mind.

I suppose the chipped individuals can be forgiven for their one-track minds, thought that doesn’t make this story line any more appealing to me. But several other characters suffered from predictable plots in “Perverse Instantiation Part One” because before the episode was even halfway through it was completely predictable regarding what everyone was going (or trying) to do. 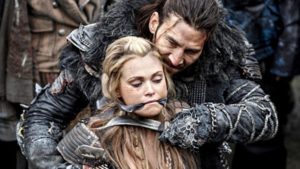 There were a couple of pleasant surprises in “Perverse Instantiation Part One”, but overall they didn’t amount to much. After dealing with Clarke suddenly deciding to put the “flame” in Ontari, plus that whole group’s stubborn insistence that they could somehow overcome the army of chipped people in Polis to do so, I pretty much just wanted them to get on with failing already.

And of course this was the penultimate episode in season three, which made it even more obvious that we wouldn’t be given very many neat and tidy endings to the current goings-on in The 100 – if we were given any at all. It’s disappointing that the only part of this episode that really made me feel anything was finding out that it was one of them who was chipped, and especially because it was Jasper.

Speaking of Jasper being chipped, out of an episode that I didn’t really like overall, that was probably my absolute least favorite part of “Perverse Instantiation Part One”. Yes, this is partly because I love Jasper and hate that he’s part of the “City of Light”…but I also don’t feel like the reveal was as good as they could have made it. In fact, leaving out the brief scene that shows A.L.I.E. in Arkadia (and then bringing the news about the Roan plot to Polis) would have made a couple things more surprising – the revelation that Jasper was chipped being one of them. (The other being the fact that we knew that Clarke and the others were walking into a trap far earlier than we needed to.)

Meanwhile, I am really, really tired of The 100 using A.L.I.E. to get people to attempt to commit suicide. I feel like they think they’re just being “edgy” – the whole “we’re a dark and gritty show and can do what we want” mindset that so many TV shows have nowadays (I’m looking at you, Game of Thrones…among others). A.L.I.E. forcing Raven to cut her wrists was bad enough; now we’ve had to watch Abby hang herself in an attempt to get the flamekeeper pass phrase out of Clarke?! On top of that, I was honestly pretty disgusted when Clarke yelled at A.L.I.E. to make Abby stop, and her mother’s response was to say that A.L.I.E. wasn’t doing this – Clarke was. I don’t care how “edgy” The 100 writers think this show can be; some things are over the top, and that was one of them. 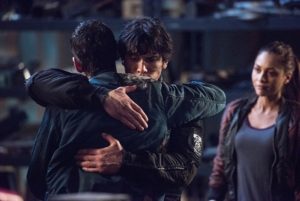 As for Bellamy, he’s been focused on Clarke for a while, but in recent episodes – especially “Perverse Instantiation Part One” – this focus seems to be getting more and more pointed. I’m certainly not against Bellarke, but dang, show, she *just* lost Lexa. Granted, Clarke doesn’t seem to be treating Bellamy as more than a trusted friend, but I still really hope they don’t push this too far during season three.

In the end, the only other thing that really stood out to me in this episode was that Murphy was its shining star. Yes, he’s frustrating; he’s done a lot of horrible things. And even now I still don’t trust a lot of what he says. But I feel that he’s had the most interesting character development in the entire series, and Richard Harmon really does an amazing job portraying him.

“Perverse Instantiation Part One” ended with some cliffhangers (not a suprise, honestly). Will Raven and Monty prevail and save Harper from Jasper? Or will all four of them somehow survive? What’s up with the group climbing the elevator shaft? What about Indra and Kane? And I don’t even want to get into that mess of a situation going on at the top of the tower…

I really, really hope they wrap up at least some of these loose ends in “Perverse Instantiation Part Two”.