The 100 Season 3 Finale Spoilers: What Will Clarke Get Into Next? 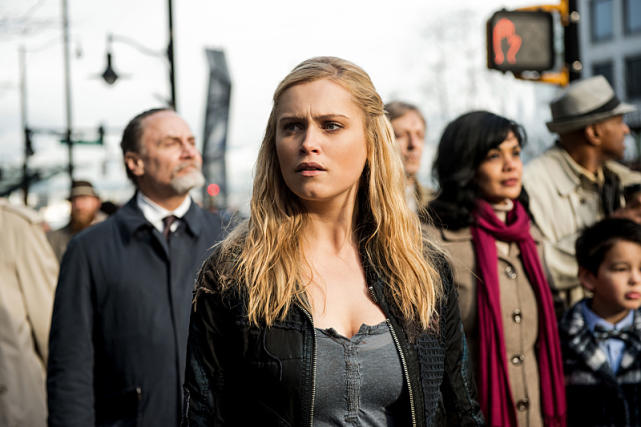 I may not have been the biggest fan of “Perverse Instantiation Part One“, but I have my hopes that Part Two will leave me in a better place. That said, I was intrigued by The 100 Season 3 finale spoilers that have been today’s big news for the show.

Warning: This article contains The 100 Season 3 finale spoilers – read at your own risk! 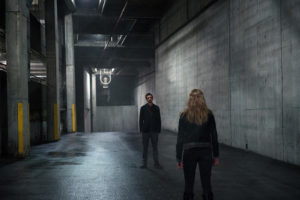 Previously some photos were leaked that made it appear as if we hadn’t actually seen the last of Lexa. These were The 100 Season 3 finale spoilers all on their own, so when Eliza Taylor spoke to TV Guide about “Perverse Instantiation Part Two”, she got right to the point about them:

I think it’s pretty obvious [what Clarke finds in the City of Light] at this point given the photos that are online: me and a little human named Lexa. She’s definitely going to come across some things that she never thought she would again. I don’t know how to tell you anything else without spoiling, but I think fans are going to be very happy. – Quote from Melty

Although there were plenty of articles out there extolling the virtues of how The 100 handled Lexa’s death, my review of “Thirteen” was not one of them. That said, I still can’t imagine that Clarke going into the City of Light is a good thing. Yes, I’m excited that The 100 Season 3 finale spoilers confirmed that we would see Lexa again, but I’m not looking forward to Clarke being in the City of Light. One would hope she and her friends take every possible precaution so that she can’t do anything A.L.I.E. orders her to do and that they can remove the chip from her at any moment. (I swear if I have to watch one more forced almost-suicide…) But Eliza Taylor was also very clear that “Perverse Instantiation Part Two” would be a very dark episode, and that two endings were filmed (see Spoiler TV’s Twitter post from yesterday): 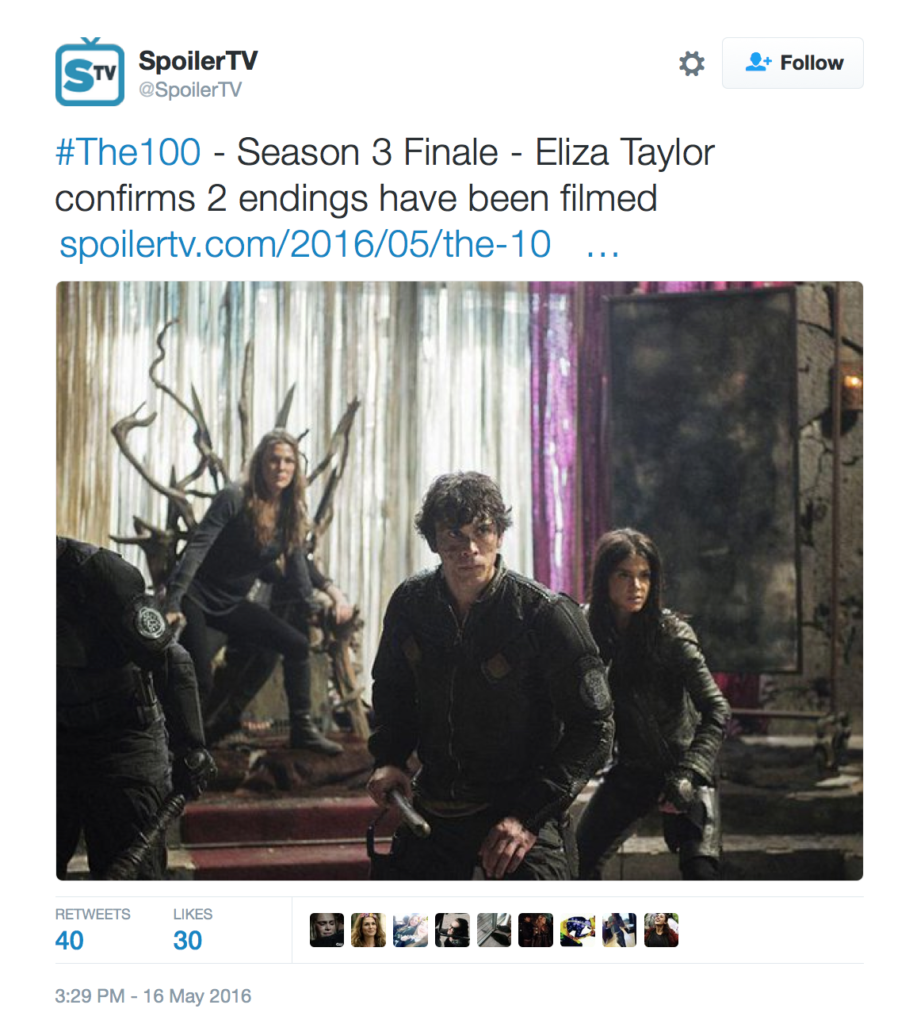 One of The 100 Season 3 finale spoilers that I am completely okay with, though, are Eliza Taylor’s words about Clarke “getting over” Lexa:

I hope that she can love again, whether that person is male or female. I hope that she can find that. But for me, personally, I think it was so amazing for my character to really truly love someone. And she has just passed away at this point, and I think it’s going to take a long time to grieve and to move forward. And I want to allow her that time. – Quote from Melty

Yes, I’m still nervous about “Perverse Instantiation Part Two”, but those words give me a bit more hope for this show. What do you think about The 100 Season 3 finale spoilers? Do you think you’ll be happy with the season’s conclusion? Let us know in the comments!