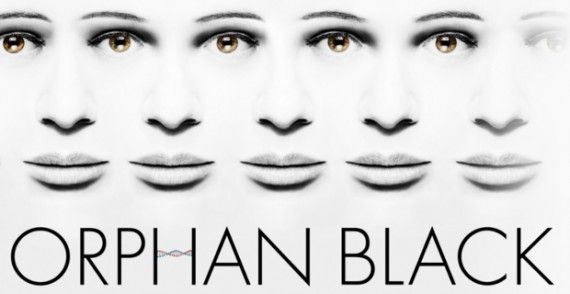 Clone Club, get ready: it has been announced that BBC America has renewed Orphan Black for a fifth season. Unfortunately, it will be its last.

The intense drama has enjoyed a satisfying run, and fans have been waiting for an announcement, particularly since the season four finale airs June 16, 2016. Luckily, BBC America had great timing by announcing the order of  a final ten episodes to air in 2017.

Orphan Black is one of our favorite shows at The Geekiary (and my personal favorite television show, period), so this is indeed bittersweet news. The series is anchored by absolute incredible performances by Tatiana Maslany who plays about a dozen characters–clones–and does so seamlessly. In fact, Maslany has received numerous awards for her work on the show including two Critics’ Choice Awards and an Emmy and Golden Globe nomination. The series itself won a Peabody Award in 2014.

I was able to talk to several members of the cast and creator John Fawcett at C2E2 in 2015, and Fawcett remarked then that they had a very definite end-game for the series. As a fan, I feel lucky that we know ahead of time that the series will end next season and that the writers have time to clearly map out the stories. Frankly, season four has felt like a penultimate season, so this news seems to fit in well with how the creators envisioned.

In a joint statement, co-creators Fawcett and Graeme Manson said:

“We are excited to deliver an epic conclusion to the tale of Sarah and her clone sisters. The past four seasons have been a phenomenal adventure and we are eternally grateful to our loyal fans who have loved the twists and thrills of our weird little show.  We are thankful to our partners at Temple Street, and to BBC AMERICA and Space for their support and giving us the opportunity to end on a high.”

Indeed, Clone Club is excited for the conclusion, but also that we get even more of our favorite clones for another season.

Previous:“Supergirl” Has Found Its Superman – And It’s Tyler Hoechlin!
Next: The 100 Season 3 Roundtable