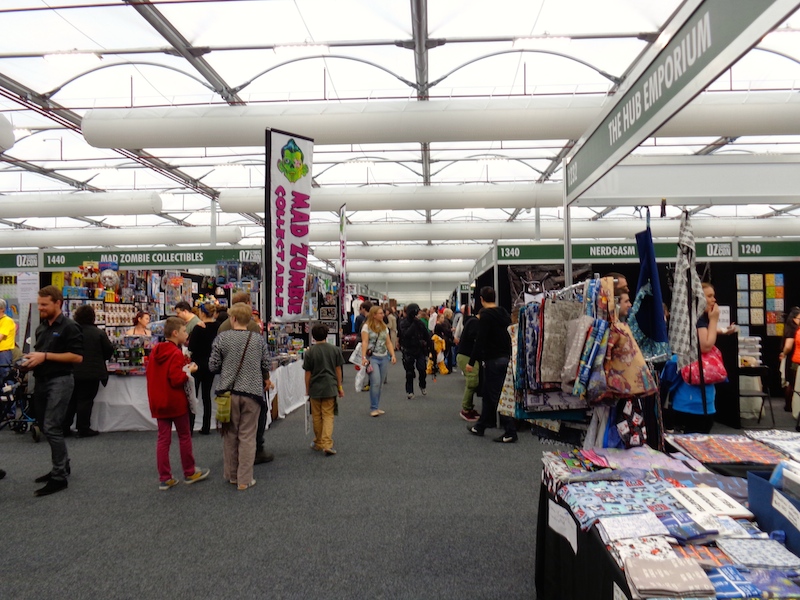 This was the first Oz Comic-Con to take place in Sydney and the 10th over all and I have to say it was a pretty well-run event. The guest list included Nicholas Brendon, Emma Caulfield (Buffy the Vampire Slayer), Jason Dohring, Percy Daggs III, Michael Muhney (Veronica Mars), Mark Shepard (Supernatural), Jason Mamoa (Game of Thrones), and William Shatner (Star Trek) – keep reading for a recap of what they had to say!

I was worried that the location would be difficult to get to – it’s not that far out of the city, but it’s not close to any public transport – but there were plenty of courtesy buses available from central locations so my journey was reasonably pleasant. The only real problem I had was the inconsistency with clearing the room after panels. Some rooms did it for every panel, others only did it for certain guests. When the panels were cleared it was difficult to figure out where to queue as there was no signage and very unclear instructions. Other than that, I had no complaints. Well worth the bus trip out to Glebe Island! 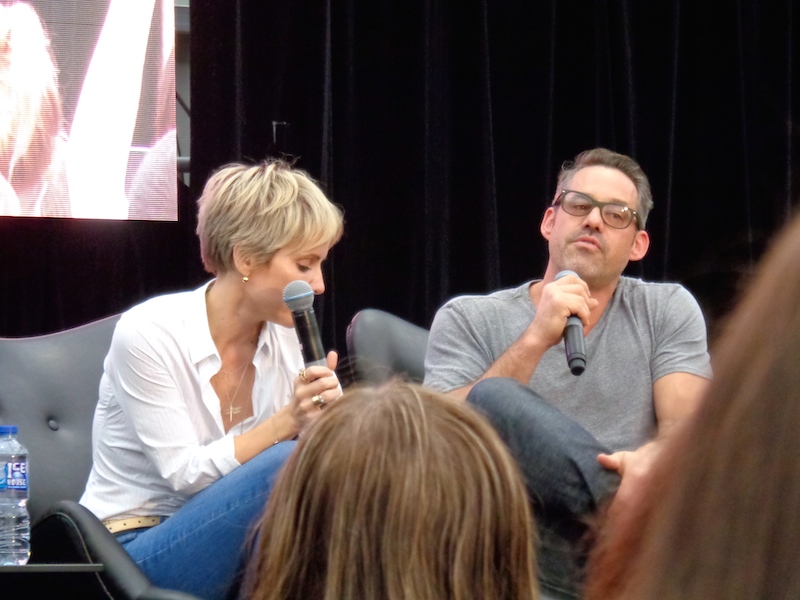 Xander and Anya were back together again and it was as beautiful as you can imagine. Actually, it was kind of bizarre because Nicholas Brendon is very like Xander, and Emma Caulfield is very not Anya. So it was like Xander was hanging out with his way cooler and very embarrassed friend Emma. When Nick Brendon is around things tend to head right into the gutter and Emma Caulfield was very concerned for the kids in the audience, especially the boy in front of her who was judging her. They eventually pulled the kid onstage so they could keep a closer eye on him  but all I could think about was Xander and Anya with a kid. 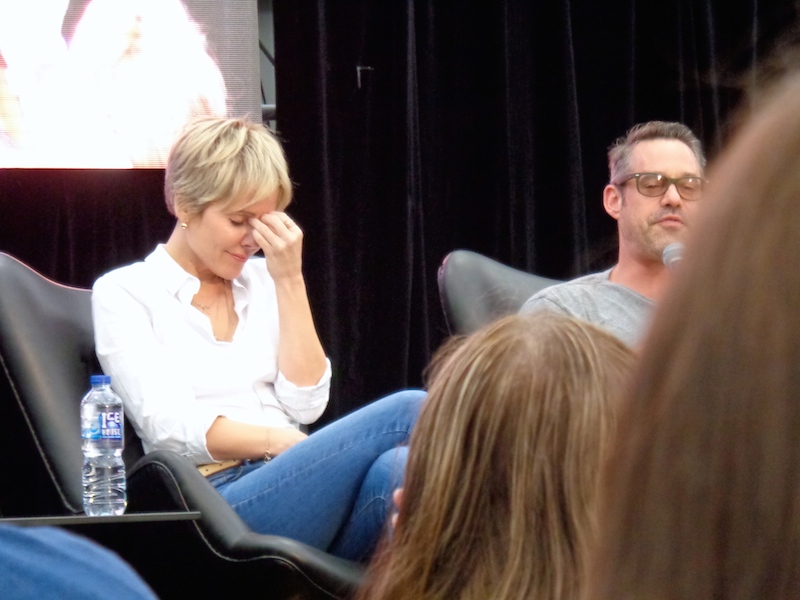 Where are they now:

Nicholas Brendan is currently appearing as Kevin Lynch on Criminal Minds and writing for Buffy the Vampire Slayer comics. Also he will do the Snoopy dance if you ask him.

Emma Caulfield is currently writing under a male pseudonym and she might reveal her true identity eventually. She actually had some incredibly interesting things to say about women in Hollywood before she begged off, saying that the audience probably wasn’t interested in hearing her on a soap box – I was screaming for her to continue on the inside while on the outside I was freaking out because she’s Anya!!!!!

And because you’re all wondering here’s what they had to say about doing a Buffy the Vampire Slayer reunion: 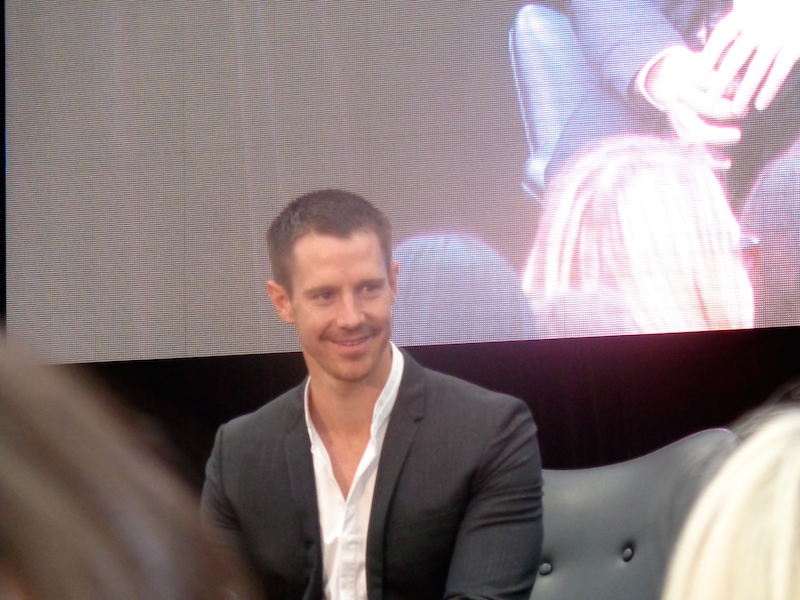 First of all, I have to say that I saw so many Veronica Mars Kickstarter t-shirts in the crowd at Oz-Comic Con that I almost cried. It’s so wonderful to see the people that helped bring these fantastic characters back to life. On the topic of a sequel, both Percy Daggs and Jason Dohring seemed pretty keen – Daggs mentioning the fact that the film left a lot of things up in the air in anticipation for more and Dohring thought the film did well enough that they wouldn’t need to Kickstarter the sequel.

Jason Dohring is so adorably sincere. He answered every question as if he was having a one on one conversation with the person that asked it. He praised the intelligence of the Veronica Mars audience saying: “I think our audience was really cool and smart… you know we’d give a look and it would be like – I would think that Veronica’s responsible for Duncan’s having to be put on drugs and stuff like that. People would see it and be like he’s piss at Veronica about the drugs… The attention to detail was pretty cool.”

Dohring was obviously not the most comfortable on the convention stage – during the group panel he tended to stay silent and let his more outgoing cast mates take the reigns. But he really lit up when he talked about his upcoming projects especially Play It Again, Dick (which is currently playing on CWSeed) and The Squeeze – a movie about a high stakes golf match. When he began talking about The Squeeze he jumped out of his seat excitedly and politely asked if he could tell us the story. It was adorable. 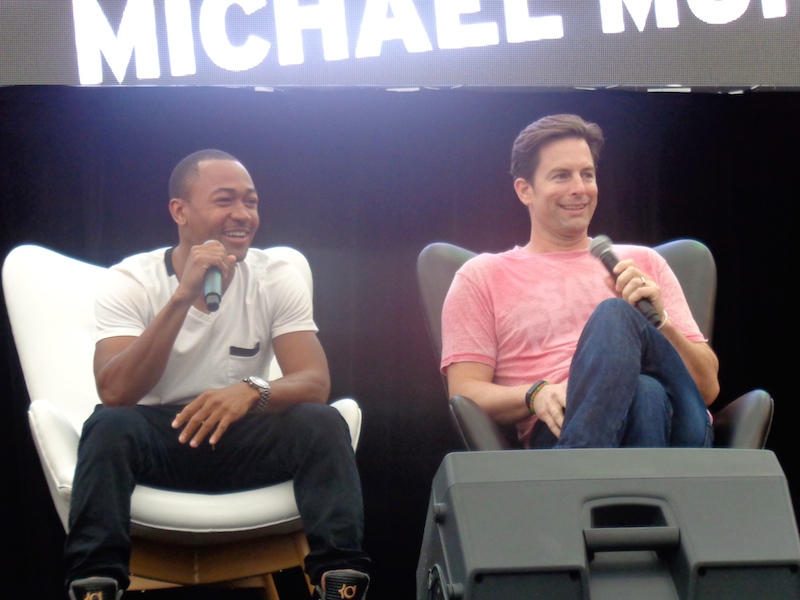 Percy Daggs III and Michael Muhney were hilarious! Well worth the line up. They had fantastic chemistry and also said some really interesting things. Michael Muhney fangirls about professional cyclists and Percy Daggs III is about to be a teacher. Percy Daggs takes his time because he wants to give the audience the best possible answer (also he’s apparently fallen in love with Mark Shepard, which is something we can all relate to and Michael Muhney wanted to clear up the story behind Sheriff Lamb’s parting line: “I smell bread.” It’s apparently a MASH reference and an in-joke with the writers).

Mark Shepard (Supernatural – and every other show ever except Sherlock) 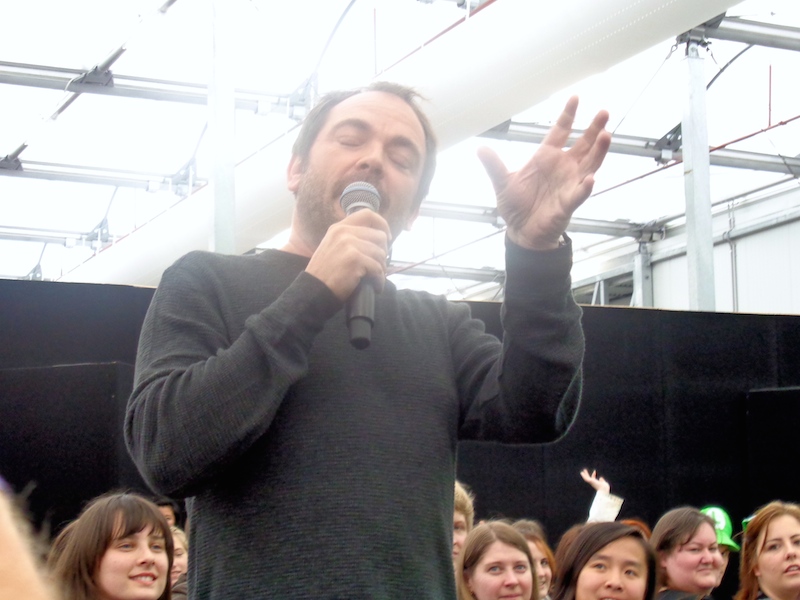 This was obviously not his first rodeo. Mark Shepard clearly has this convention thing down as he darts around the audience insulting people (especially Castiel) and not really answering any questions. He’s quick to remind everyone that he has never been and never will be a bad guy. He’s trying to convince everyone that Crowley might not be a demon, his favourite episode is The French Mistake and he really wants to do Sherlock so he can complete the SuperWhoLock trifecta. Also everyone needs to watch Battlestar Galactica (which is true) and Matt Bomer is the most beautiful man in the world (which is also true). 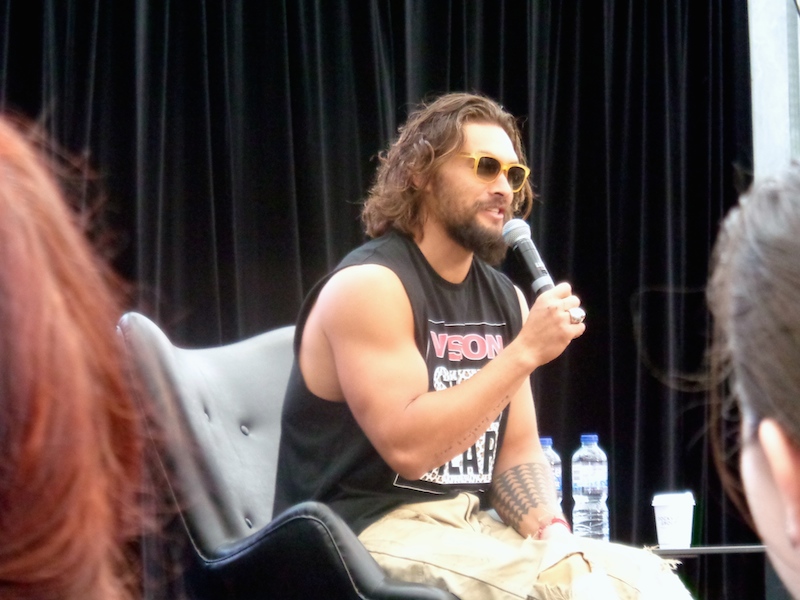 Jason is HUGE, he does an AMAZING Australian accent and he effortlessly skirted questions about anything Dawn of Justice related (not that people didn’t try). He’s about to start shooting second season of The Red Road, says that Khal Drogo’s voice is a cross between Chewbacca and Fozzie Bear and he likes to throw tomahawks in his spare time. He doesn’t know anything about the Stargate reboot but he’d love to be in it and he hated doing the non-consensual sex scenes on Game of Thrones but “when she turned me over I was like, let’s do this.” 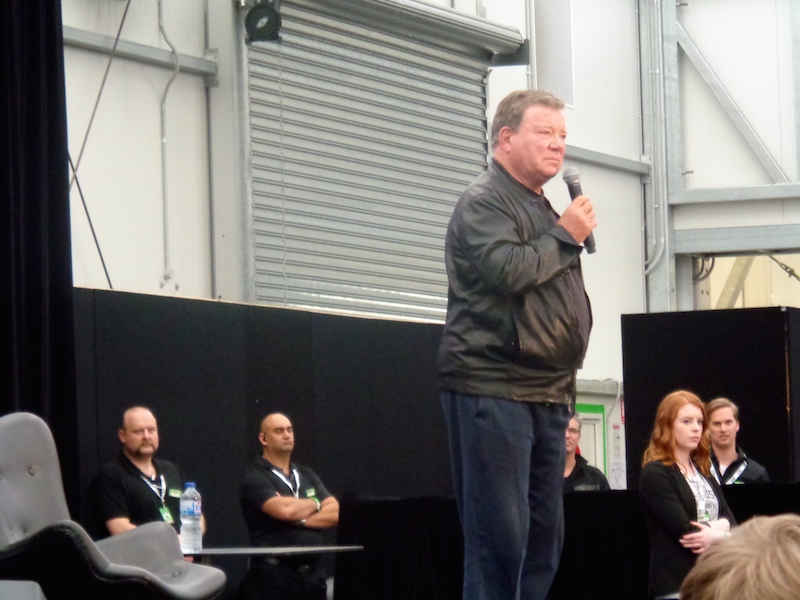 This man has many stories to tell and they’re all pretty interesting. Most of the stories we’ve heard before but he did say that for the upcoming 50th Anniversary of Star Trek (TOS) he wants to take an in depth look at some of the ideas that Star Trek presented because “Star Trek was filled with ideas. Ideas on computer warfare, ideas on race, ideas on non-intervention. The whole gestalt of Star Trek was ideas.” Because after all, “the beauty of Star Trek – the Star Trek that I was in – the best of the Star Treks had a philosophic basis.” That’s something I am personally, here for.

Finally, I didn’t get a lot of time to walk the floor because there was so much going on but the few cosplayers I did see where phenomenal. Here’s a just a few of the wonders that were wandering around Oz Comic-Con. 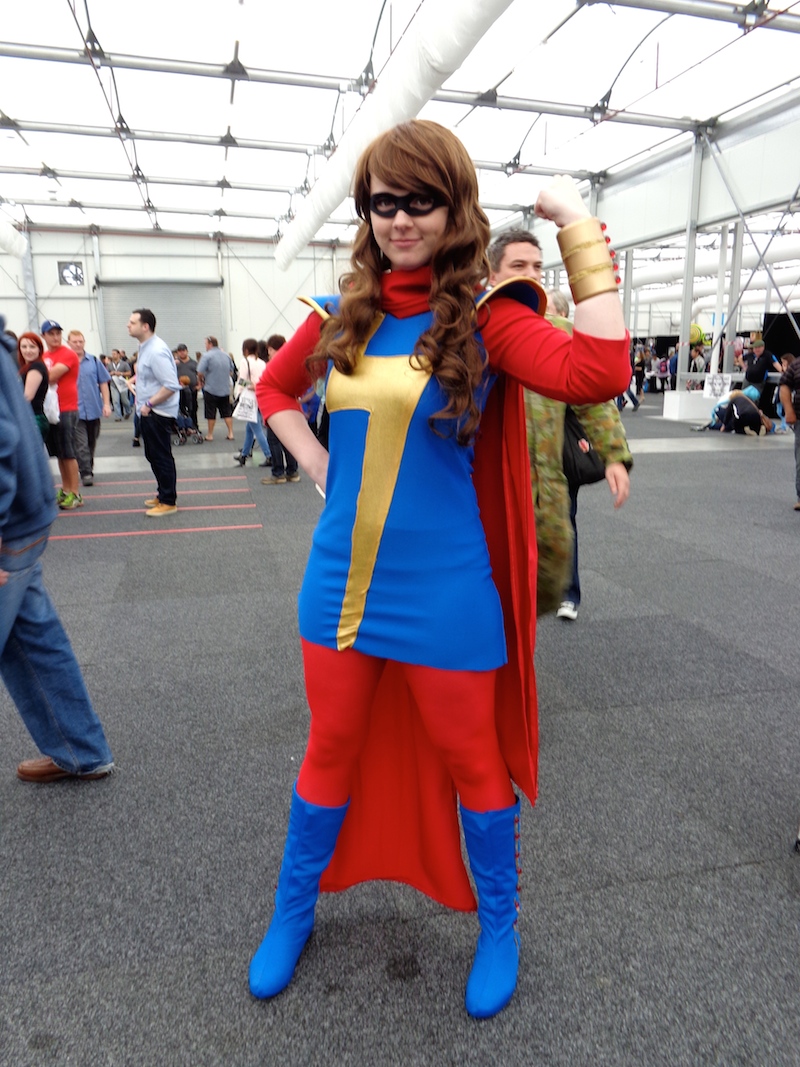 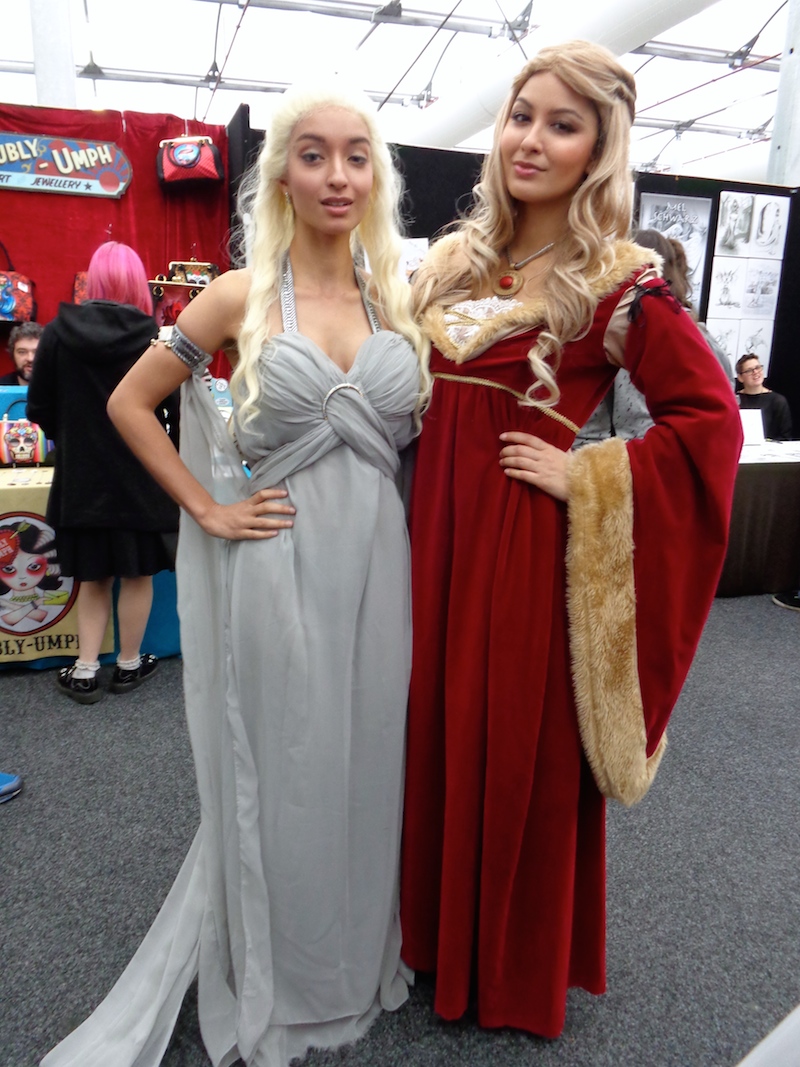 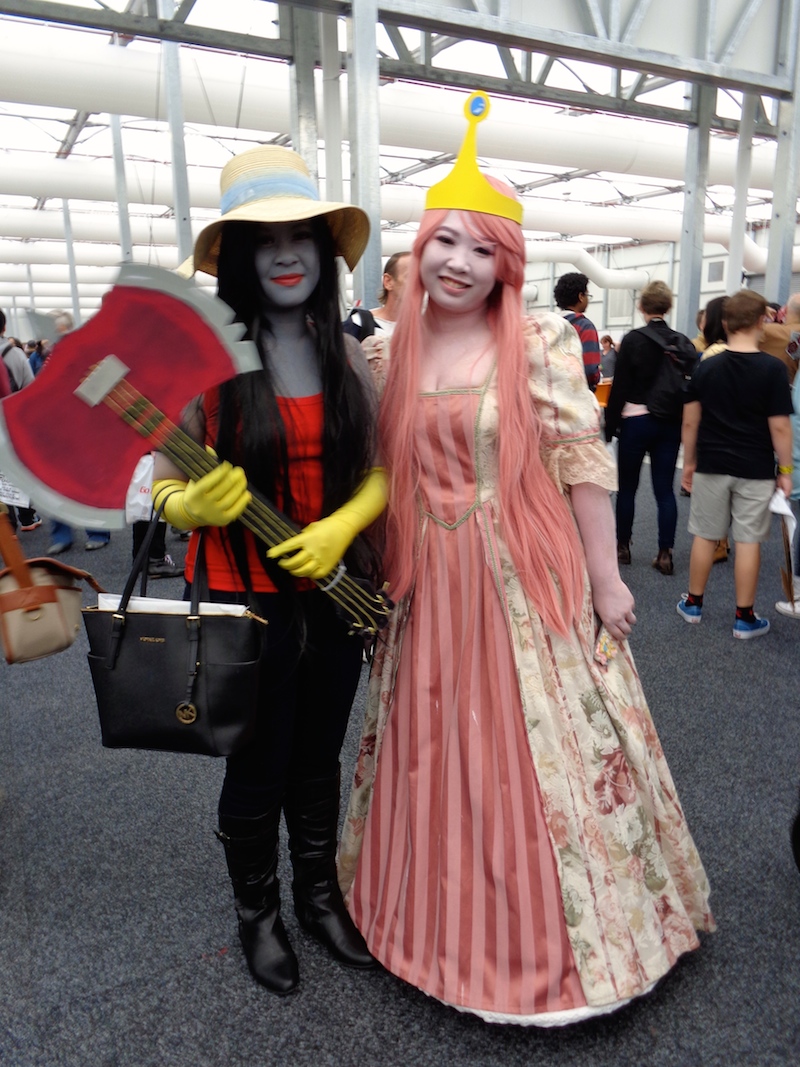 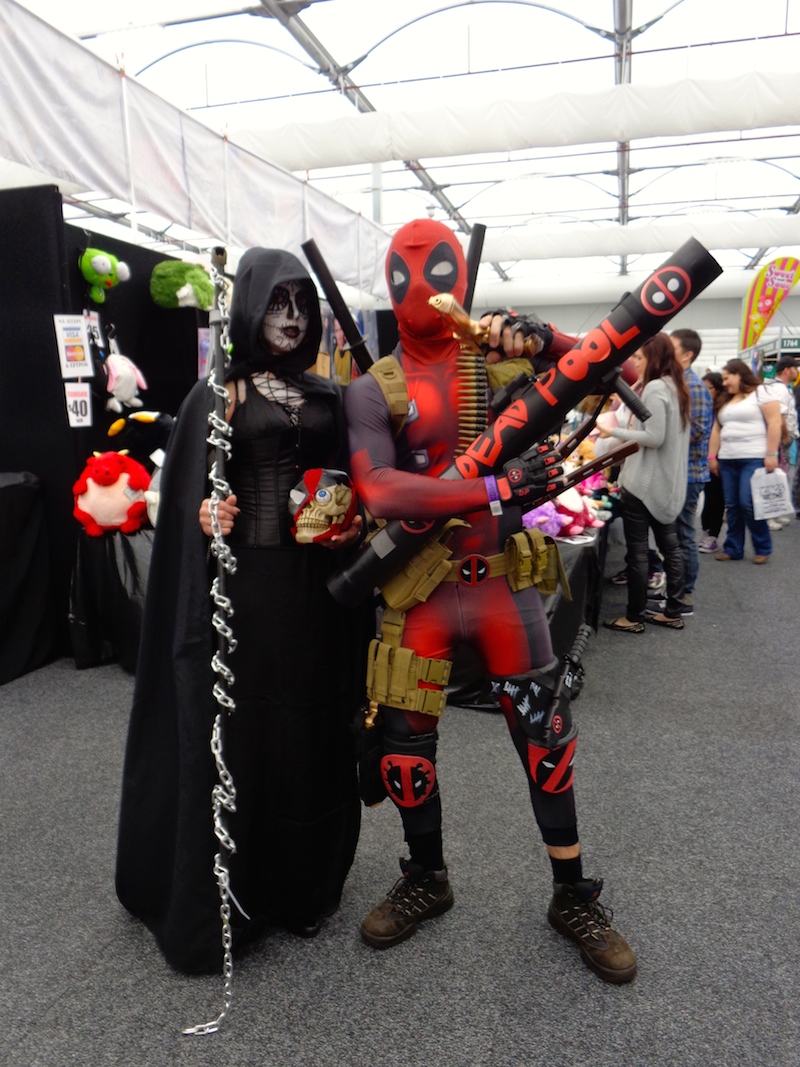 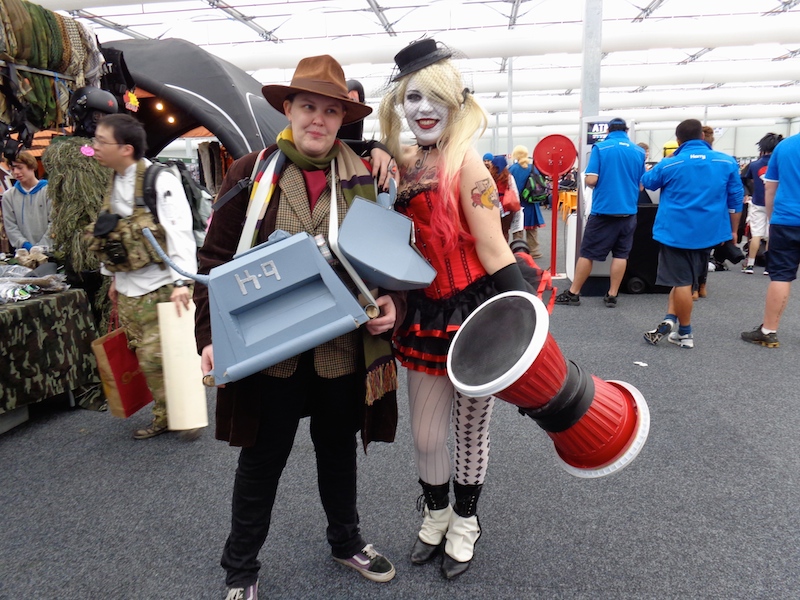 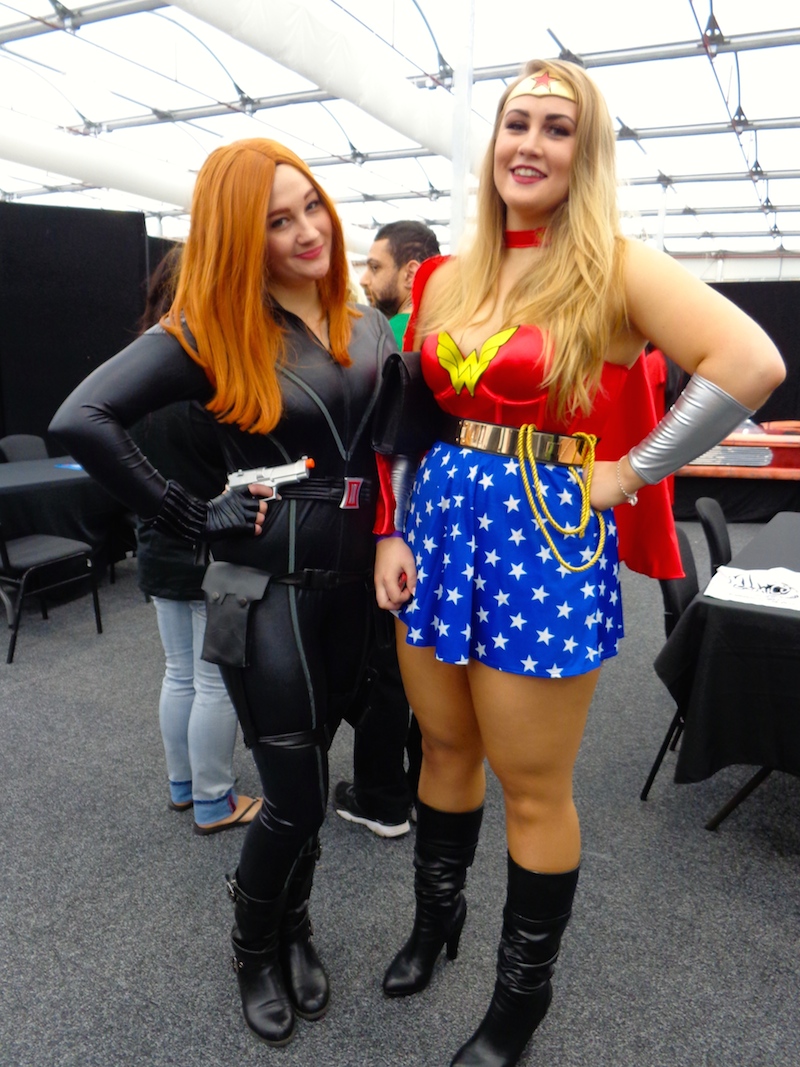 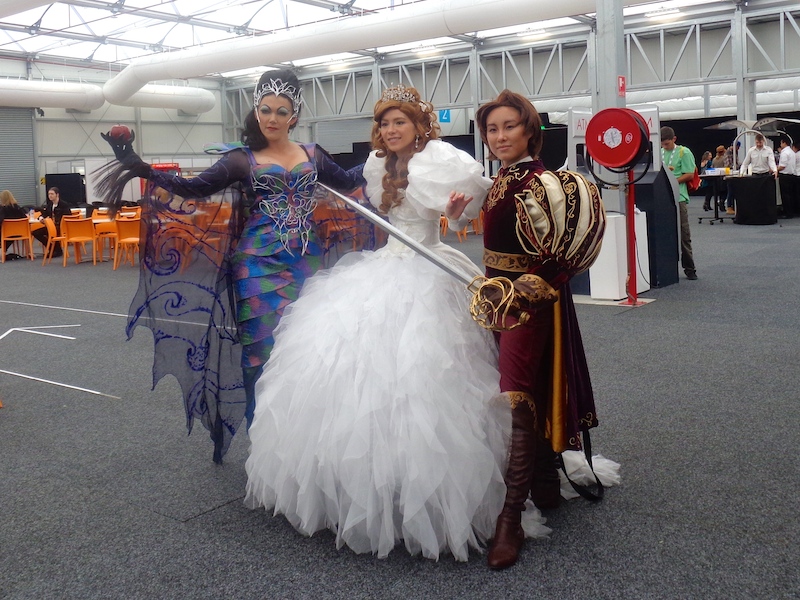 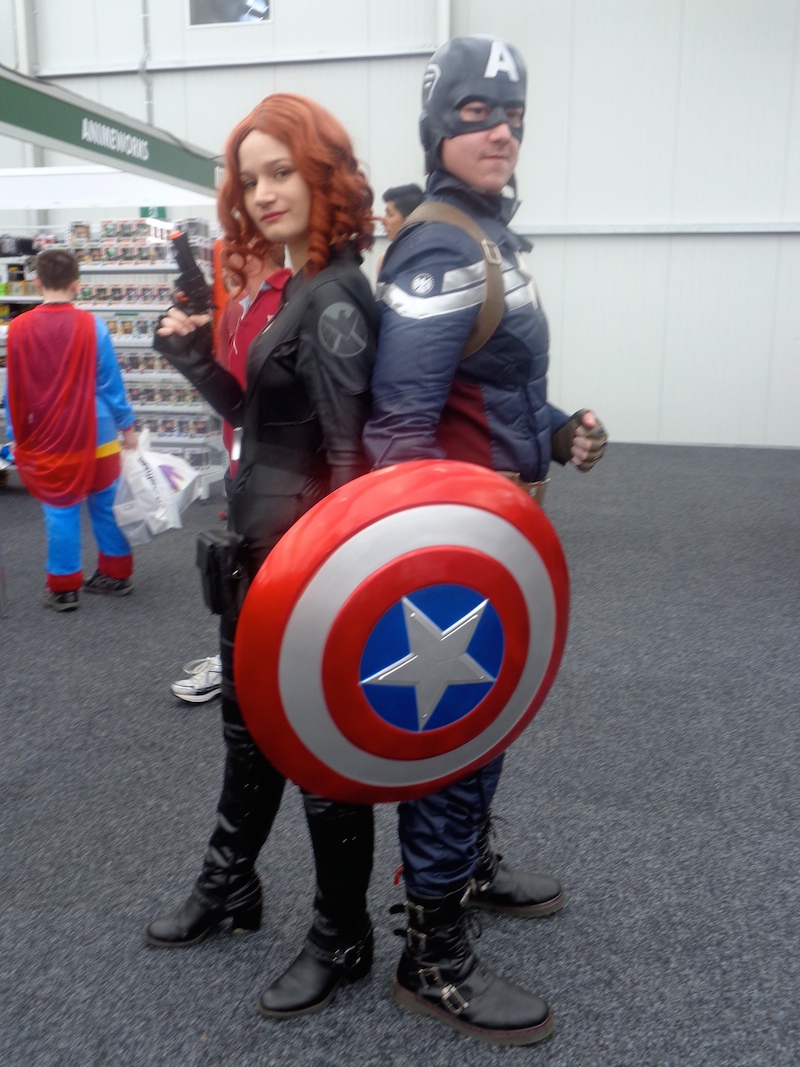 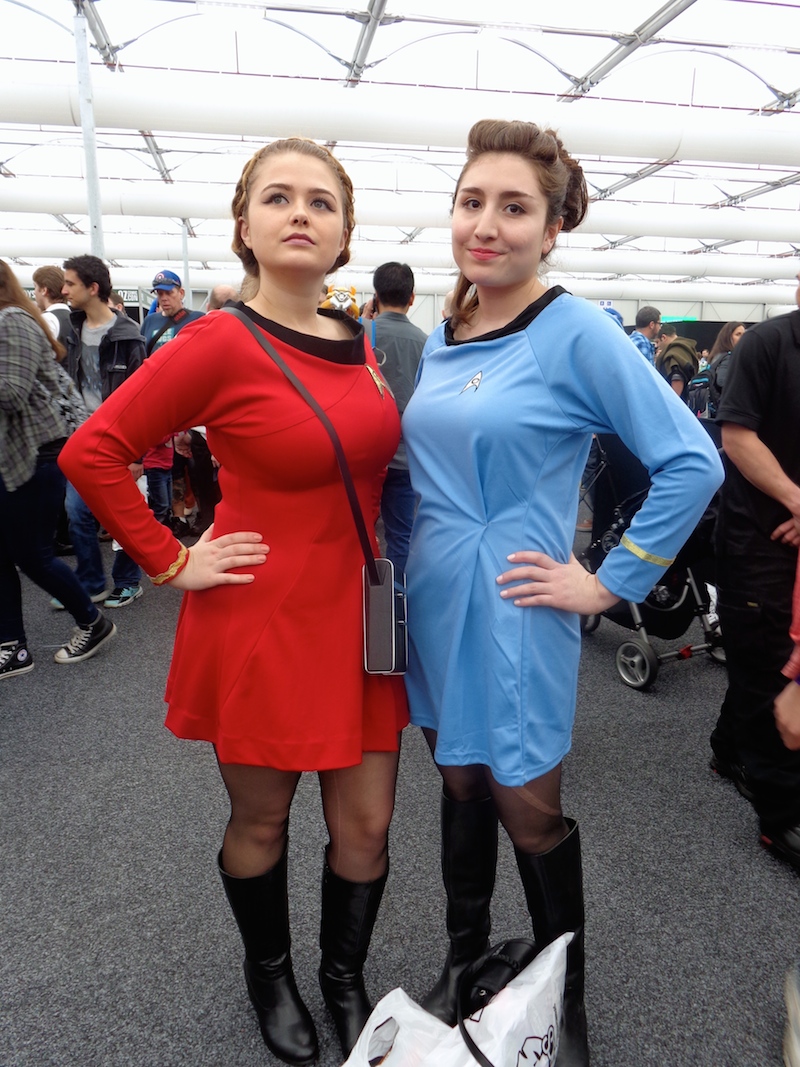 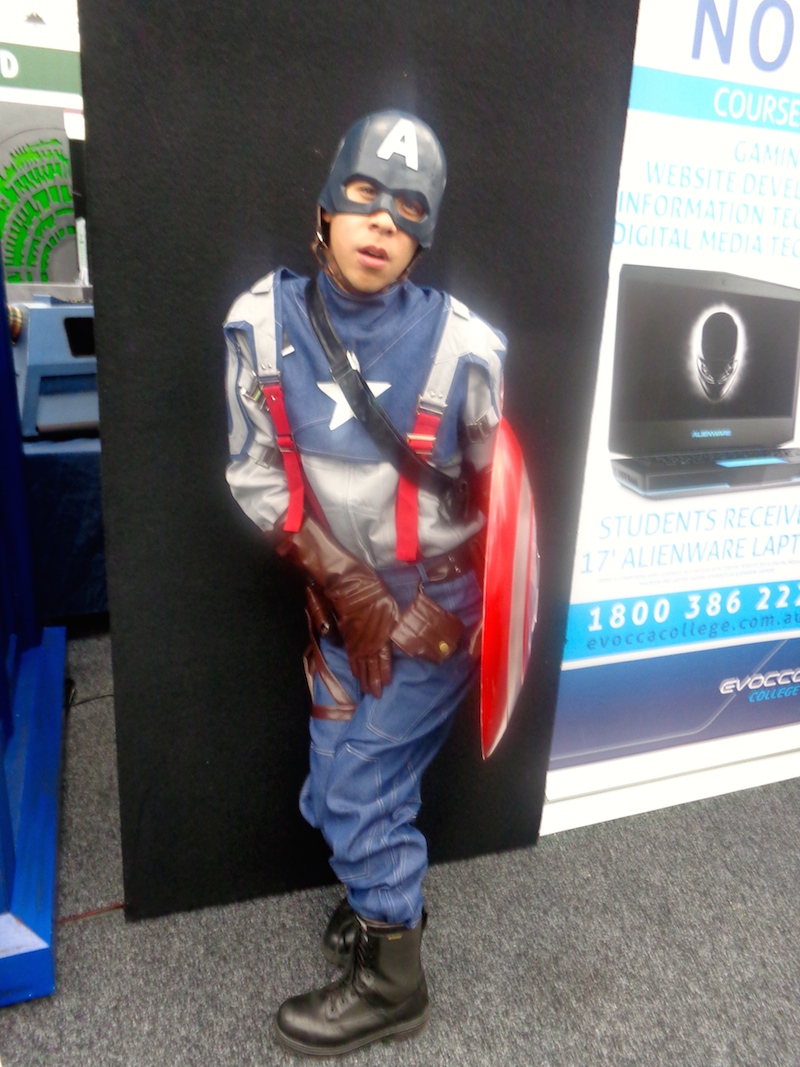