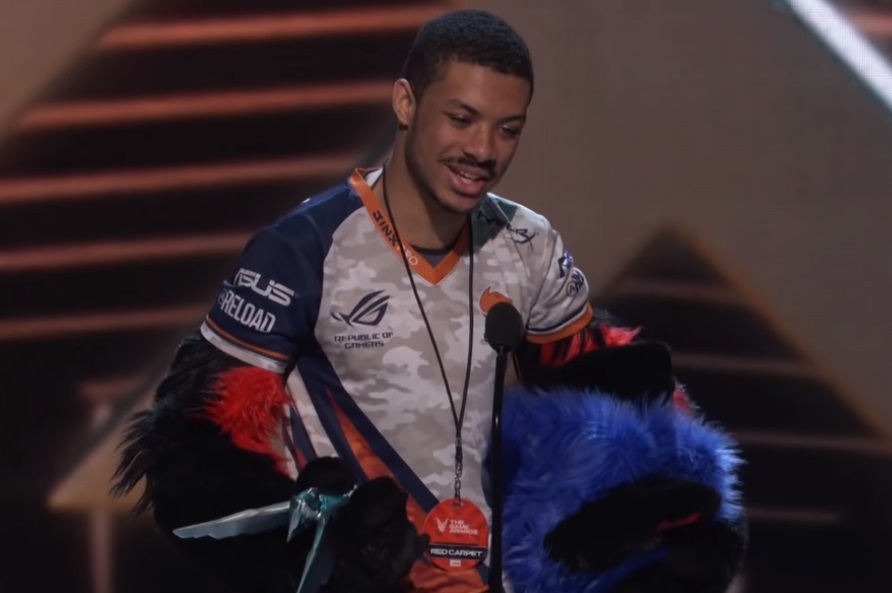 So, YouTuber PewDiePie (Felix Arvid Ulf Kjellberg) talked about what SonicFox said during his acceptance speech after winning the Best Esports player title during the Game Awards 2018. I am someone who likes Felix, but sometimes he makes supporting him tough.

Filling you all in, the Game Awards 2018 ceremony was held on December 7. I didn’t watch them because frankly, I didn’t care enough to sit through the entire broadcast. Anyway, SonicFox (Dominique McLean) won the Best Esports Player award. He is only 20 years old and already has some impressive gaming feats under his belt. Also, he’s hella gay and a furry.

During his acceptance speech, McLean came across as someone who has a very open personality and fully embraces who he is. McLean also said, “I’m gay, black, a furry, pretty much everything a Republican hates, and the best esports player of the whole year, I guess.”

Of course, people were quick to hate on the player because he made things political and he shouldn’t have mentioned Republicans in such a manner. Anyway, Kjellberg also had some thoughts to share on the matter in a video. He liked how unapologetic McLean was and added the esports player didn’t have to mention he was black, gay, and a furry for people to make that assessment themselves.

I mean, all I can say is Kjellberg is coming from a place of straight cis-male privilege. If McLean, a queer POC felt like he had to say those words during his acceptance speech, especially during an award show for a community rampant with homophobia and racism (also sexism), Kjellberg is especially not someone who has a say when it comes to what McLean shouldn’t have mentioned in his speech.

Also, considering how the world at large is conditioned to be heteronormative, you can’t leave it to them to properly assess who someone is or isn’t.

Then Kjellberg went ahead and said McLean is “clearly not the brightest” after mentioning he is only 20 years old. Your age isn’t always related to how bright you are supposed to be, Mr. Felix Kjellberg.

Anyway, I’m not hating on Kjellberg. I like him. I just want him to do better. Also, look at what you made me do, Kjellberg! I had to write an article about you similar to the way other outlets you have mentioned in your videos!

What he said did lead to SonicFox sharing his thoughts on Twitter. 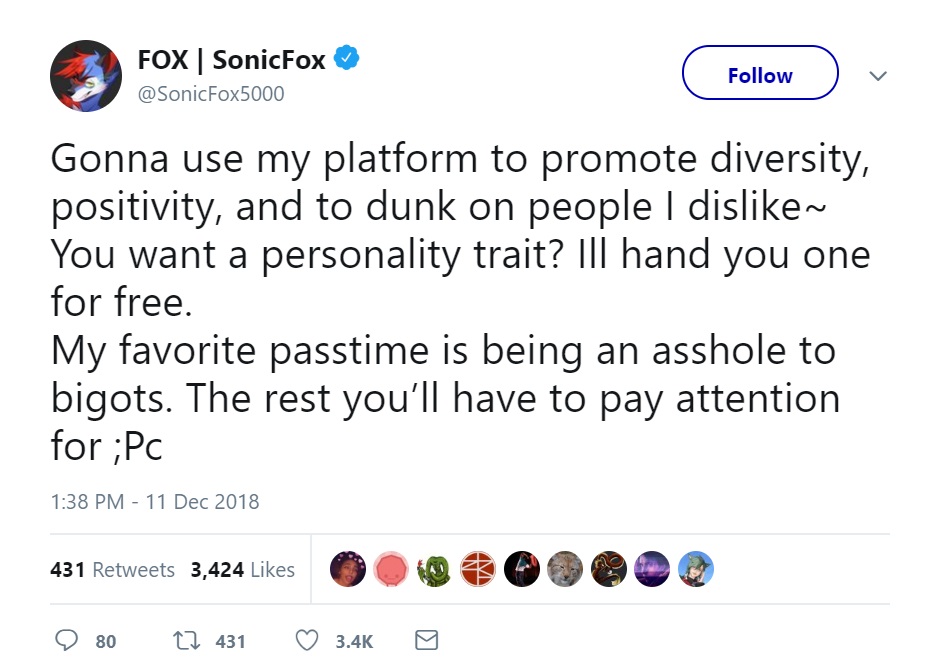 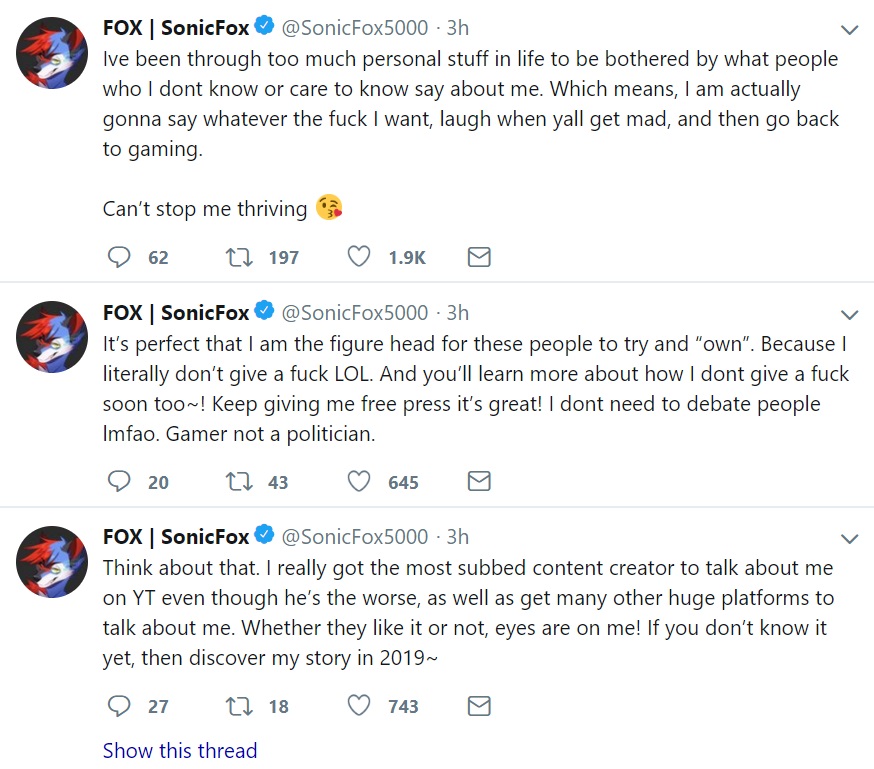 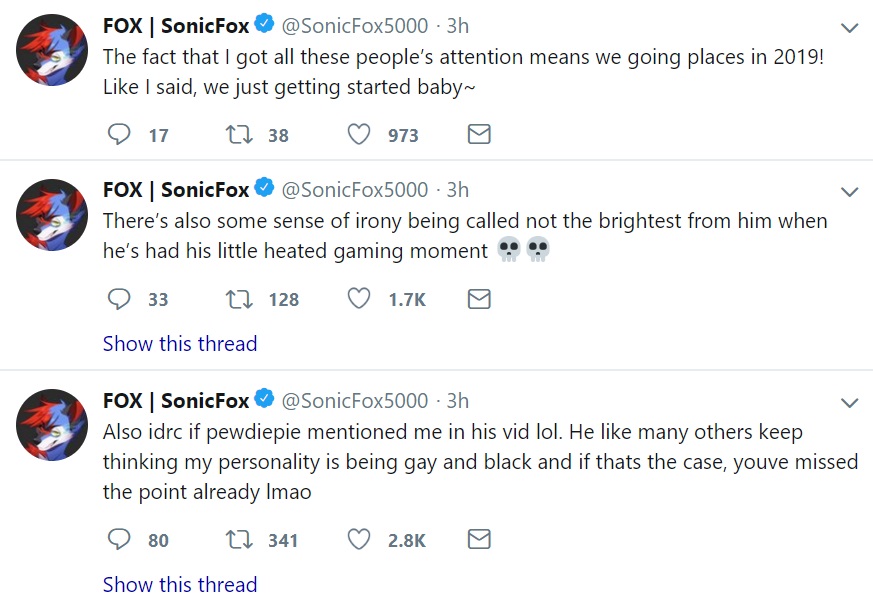 I get why certain people didn’t like McLean making his speech political at the end, but then again, when you are from a marginalized group, everything is political. Your existence is political!

This is a reality certain people might not understand or might refuse to. When your rights are on the line, you can’t simply ignore them to enjoy some game award show. As far as my experience goes, so-called ‘safe spaces’ are for the privileged. They are the ones (in majority) who think game award shows, the Oscars, etc. shouldn’t be made political.

But you know what? They need to be, especially when the same shows also have participants belonging to marginalized communities – participants who have to deal with hate and prejudice, not just from the outside world, but also from the entertainment industries they’re a part of.

Now, those were just my opinions I wished to share when it comes to being told what is and what shouldn’t be a political space in the entertainment industry. I don’t know what McLean thinks.

As for Kjellberg, again, I just want him to do better. Sigh!

Anyway, feel free to share your thoughts about the speech by SonicFox with us.