UPDATE 3/7: Due to continued issues voting is now limited to ONE VOTE PER HOUR. 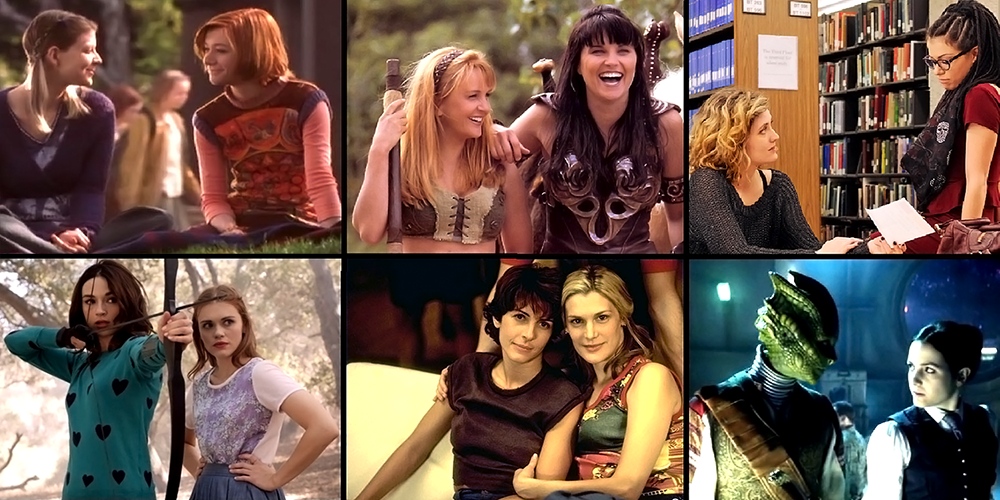 After our last extraordinarily popular shipping poll we got requests to do a femslash/lesbian poll.  We aim to please!  Here’s our ladies only poll featuring all your favorite female couples from TV!

“Where is so-and-so?” you ask?  If they weren’t included on this poll it was 1) because they didn’t meet the requirement of being on Television or 2) we simply didn’t think of it.  About six of us got together and collaborated on this poll, so if we overlooked your favorite pairing it certainly wasn’t a slight against you. We are no longer taking nominations so I apologize for the inconvenience. This poll also includes both canon and non-canon couples.

This poll will be open until March 11th, 11:59pm EST!
Voting Unlimited!

Both Faberry and Doccubus fans have accused each other of botting. In order to prevent these measures, a voter upgraded our Polldaddy account to allow the use of captchas. Unfortunately the timing of the captcha caused one side to feel they were put at a disadvantage. Since I am unable to monitor the poll 24/7 I can’t time it perfectly to put it on when they are tied. Therefore I’m giving you guys an option of having your own run off poll with anti-bot measures in place. You’d each be starting from zero so neither side would have an advantage.

The first option to reach 1000 votes will win. You can vote every 6 hours. Regardless of when the option hits 1000, the new poll will be given at least 5 days to run it’s course.

Previous:Doctor Strange Movie Essentially Confirmed, But When?
Next: Entertaining the Impossible: Killing off Stiles