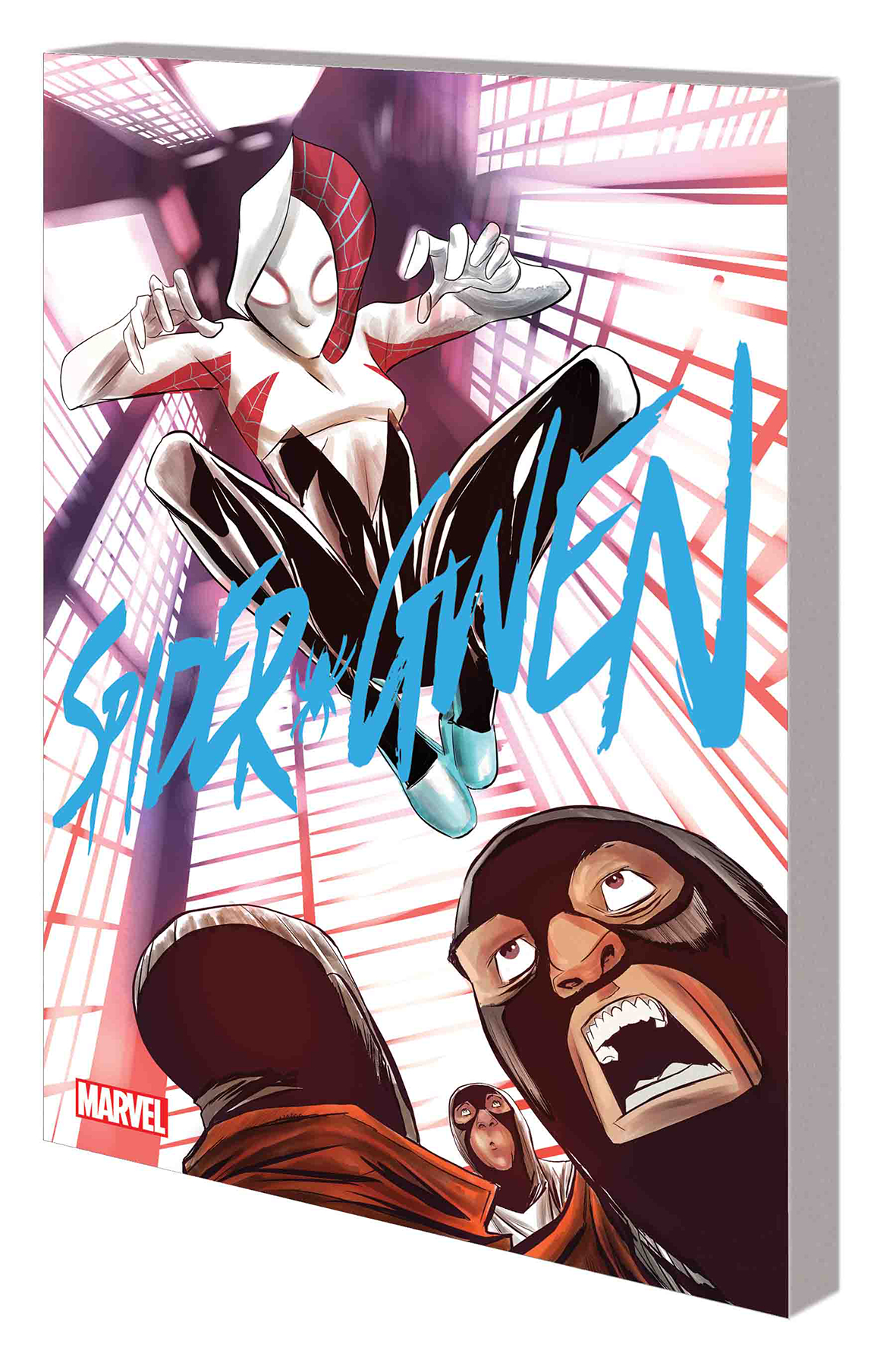 I’ve been reading the Spider-Gwen volumes for nearly two years now, and with fourth volume, Predators, I finally feel like the story is progressing for the first time since Volume 0.

Don’t get me wrong, I enjoy these comics – if I didn’t, I wouldn’t read them anymore (I’m looking at you, Walking Dead comics). Spider-Gwen herself is a great character – she has her flaws (for instance, she lost her powers and is going a bit too far trying to get them back), but she also has a lot of awesome points (she’s a chick drummer! she loves her dad! she can throw out quips with the best of them!). My issues with these comics lie with some of Earth 65’s opposite characters; one of the best examples is Matt Murdoch, who isn’t Daredevil…instead, he’s the Kingpin. Thankfully one thing that Predators did was work toward convincing me of Matt Murdoch as a bad guy…it’s really hard to like the guy who hired a thug to beat Gwen’s father George nearly to death.

For every odd Earth-65 version of a character, though, there are some really good ones. Samantha Wilson as Captain America is one, and another was introduced in Predators. He’s called Mr. Murderhands, but as that name makes me giggle, I’m just going to call him by his real name: Logan. On Earth-65, Logan isn’t Wolverine but rather a former samurai who has been cursed to live a day for everyone he has killed and will kill. Oh, and he doesn’t remember the curse, so he’s working for S.H.I.E.L.D. as a killer for hire. In this case he was after Harry Osborne…as was Spider-Gwen, who was convinced by Matt Murdoch and Norman Osborne to go after her friend. 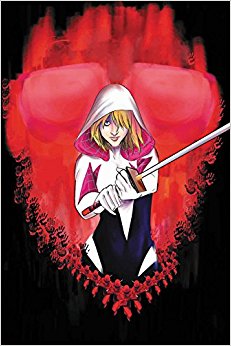 Despite the fact that she knows not to trust Murdoch, Gwen somehow let herself be convinced that he was going to both cure Harry and give her her powers back. But after finding Harry on the island of Madripoor and then fighting off Logan and Shadowcat and a bunch of ninjas, she realized that she’d been had…and then she used her power-ups to try and cure Harry anyway. Last we see them in Predators, he’d reverted back to a human form and there was a very Venom-esque ‘creature’ hovering over Gwen. This was a very foreboding end to Spider-Gwen’s Predators story…though there was one more issue in volume 4.

That issue, #23, is a story about Mary Jane and the other girls in the band. It’s quite a bit more upbeat than the rest of the issues in this set; it was a fun little story, but an odd bookend to the more difficult plots in issues 19 through 22. It probably didn’t help that the art was quite a bit different and not on par with the awesome quality I’ve come to expect from the Spider-Gwen comics. Obviously it’s placing at the end of Predators couldn’t be helped, though, and the rest of this volume was so strong that Issue #23 couldn’t drag it down.

Do you read the Spider-Gwen comics? How do you feel about some of Earth-65’s versions of our favorite Marvel characters? Let us know in the comments!