Reign, Season 1: What I’ve Seen and What I’d Like to See Next 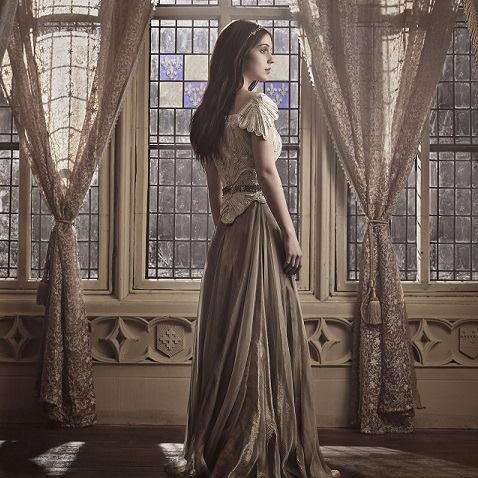 Reign is my ultimate guilty pleasure show, where pagans in the woods, a mysterious girl wandering secret passages, and a love triangle, all complete with a modern soundtrack, are found in lieu of being more historically grounded.  And with the shocking ending to the midseason finale “Fated”, we Royals are left behind to find out what will happen next and to reflect on what’s happened thus far.  So with that in mind, here are some things I hope to see when the show returns on January 23rd.  Spoiler Warning: If you’re reading this article, it is assumed you have watched the first half of Reign. 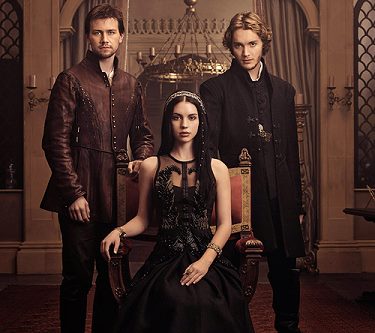 The Love Triangle: From the get-go, the creators of the show have been pushing this “epic” love triangle between Mary, Francis, and Sebastian (Bash) down everyone’s throats.  But honestly, I don’t think the show really needed it.  The struggle that Mary and Francis have of reconciling their duties to their countries versus their duties to their hearts was interesting enough without adding a “brooding” bastard brother into the mix.  But as Lady Olenna from Game of Thrones said, “Once the cow’s been milked, there’s no squirting the cream back up her udders.”   There’s a love triangle on this show, whether I want it or not.  So what I’d like to see is some backstory on Bash.  In the first couple episodes, we were treated to some of Mary and Francis’ recollections of themselves as children, which helped me cement their connection in my mind.  But we are not treated to such recollections with Bash.  Diane is constantly making reference to him pining for Mary and going so far in “Fated” as to say there is a connection on Mary’s side as well.

Perhaps it’s just because I am a Frary fan, but I just don’t see this supposed connection on Mary’s part.  Yes, they kissed, but Mary had been a little tipsy and hurt by Francis’ actions regarding Olivia.  But other than that kiss, Mary has been all about Francis.  So in the second half of this season, if they really want to sell me on this love triangle, give me some backstory and a bit more development between Mary and Bash.  While they’re riding off to wherever, show Mary and Sebastian reminiscing on their time together as children, as Mary did with Francis.  Don’t tell me there is a Mash connection, show me!  I’m not a fan of the writing trick of “having things develop off screen”.  I hated that on Hawaii Five-0 when they did it with Kono and Adam Noshimori, and I’ll hate it again if they try to pull it on Reign. 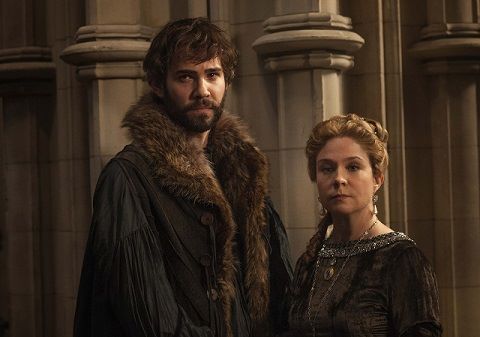 Catherine, Nostradamus, and Clarissa:  One of the elements of the show that really threw me for a loop (and is something I still struggle with) is the writers’ inclusion of Nostradamus in the court.  I did some research and found that Catherine had been a great admirer of his, so much so that by the time of his death in 1566, she had named him Counselor and Physician-in-Ordinary to young King Charles.  But in the show, we are treated to a much younger version that just seems to be there to do Catherine’s bidding.  So forgive me for being repetitive, but in the second half, I want some backstory on Nostradamus as well.  Give me an explanation for his presence and purpose at court.  Also, King Henry seems skeptical of his gifts yet allows him at court.  Why?

Another mysterious figure that has me curious is Clarissa.  She is the Phantom of the Opera to Mary’s Christine in the castle.  She has warned Mary of the poisoned wine, attacked Olivia (presumably for Mary), and poisoned Aylee, again so that Mary would believe in Nostradamus’ visions.  She had disappeared for a few episodes, which is something I hope doesn’t happen in the second half.  I would love to see them slowly explain who Clarissa is and what her connections to the castle, Mary, and Nostradamus are.

Filler Episodes:  One of the things that I didn’t care too much for in the first half was some of the less than stellar storylines for the episodes.  In the third episode, we were introduced to another fictional bastard son, Tomas of Portugal.  Tomas was such a horrible cliché that when his “darker” side is shown in the next episode, it bordered on a caricature for me.  If it had been a black and white silent film, Tomas would have been the villain laughing maliciously and twirling his mustache while Mary laid across the railroad tracks, crying out for help.  Another of my least favorites was “Left Behind”, where an Italian count intent on revenge takes over the French court.  Surely there could have been a better way to renew Mary and Francis’ love for each other than this ridiculous nonsense?

In the second half, I would really like to see the writers dig a bit deeper in terms of episode quality.  Filler episodes are perfectly fine, but I’d rather have ones that don’t have me rolling my eyes and fiddling with the remote, wondering if something better is on.

Pacing: In the first episode, Mary and Francis were on the outs.  In the second, they were friends again.  In the third and fourth, they were secret lovers, only to “break up” again in the fifth and see other people (except Bash) in the sixth.  But oh my stars, in the seventh they are reunited…only to break up again in the eighth.  If this were modern times, their Facebook relationship status would totally be “it’s complicated”.

If they want to drag out Mary’s time in the French court, this is not really the way to go about it.  In the eighth episode, they mentioned the English Queen Mary’s declining health, and historically, Francis and Mary were married by the time she passed away.  Now they’re dealing with history in broad strokes, but I’ve read in interviews where the writers and creators have said they are going to stay true to the major moments in the history of Mary Queen of Scots.  If they really want this show to last, what I’d like to see in the second half is for them to slow down some and start establishing some sort of timeline and larger story arcs.  Stop with the constant back and forth between Mary and Francis.  If Francis is going to be hurt and betrayed by Mary’s actions, let him for more than an episode or two!  Let them be on the outs and take that opportunity to develop the characters outside of their romance.  I’d love to hear about Mary’s time at the convent, seeing her reconnect with her ladies, maybe even have her “playing” with Clarissa to try and learn more about her…something that doesn’t involve Francis.  The same goes for him as well.  One of the few things I actually did like about the third episode was Francis arguing with his father about sending aid to the Scottish.  I’d love to see more of their complicated relationship and how it will evolve.  Anything besides this constant wishy-washy “I love you” “No, I can’t” nonsense, which grew tedious very quick for me in the first half. 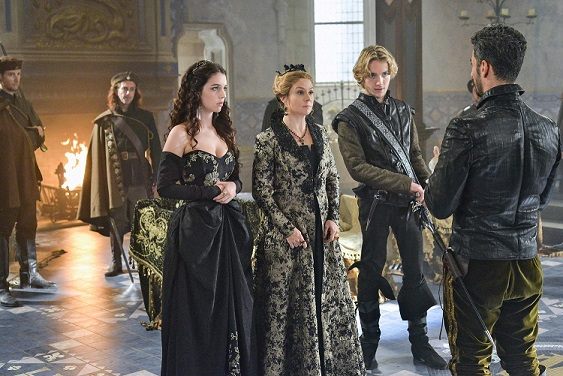 Plot Devices:  In the first episode, Mary had an adorable, scruffy Irish wolfhound named Sterling who disappeared into the haunted woods about midway into the episode.  But hooray, at the end, the brooding Bash returned the beloved pet to our heroine…only to have him disappear again.  Little Prince Charles’ fiancée Madeleine and two of Francis’ lovers suffered similar fates.  Now given the strange circumstances surrounding Olivia’s disappearance, one can only hope that she will reappear later (dead or alive), but regardless I’m not a big fan of these little devices brought in to service the plot of a single episode only to never be heard from again.  It works when it’s a procedural crime drama that requires a core group opposite a rotating cast of villains and victims but not so much with a historical fantasy.

In the second half, if they’re going to bring in these little plot devices, let their purpose be to service to overall story arc of the season rather than whatever silly little storyline is happening in that episode.  Or hell, even let them stick around!  One thing I’ve always loved about historical dramas is large casts.  It gives the audience a variety of characters to root for or despise (a la The Tudors or The Borgias).  I’m not saying Reign needs an over bloated cast, but it wouldn’t hurt to bring in a few more characters in the second half just to mix things up a bit.  Perhaps even a new love interest for Lola?  (I’m a big fan of Anne Popplewell ever since the first Narnia movie and would love to see her have a storyline of her own again, lest she suffer the same fate as Aylee.  Besides…why should Greer and Kenna have all the fun?)

Those are my hopes for the second half of Reign.  I believe this show has potential to go far, if it can only work out a few bugs and hiccups.  What are your thoughts?  Tell me about some of the things you’d like to see in the second half and some things in the first that you loved (or hated).  Thanks for reading!