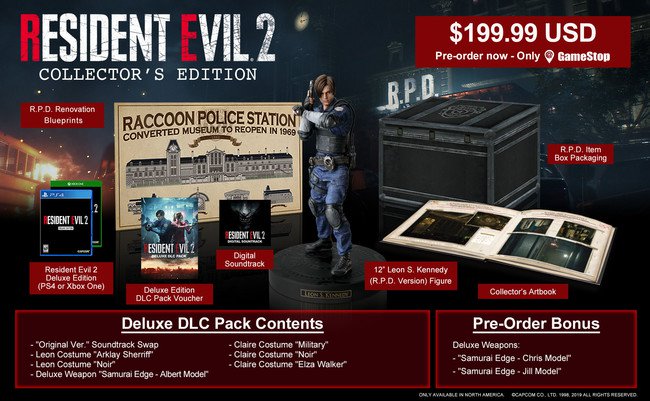 The Resident Evil 2 Remake Collector’s Edition comes in a box modeled after the in-game ones that players are familiar with. Boasting a $199.99 USD ($239.99 CAD) price tag, fans get a ton of stuff showcasing the rich lore of the Resident Evil game series.

North American pre-orders are available from GameStop. Details about the European R.E 2 Remake Collector’s Edition will be released next month.

The upcoming remake features different charactr designs, gameplay, and story elements. Here’s Claire riding a Harley-Davidson because she is one cool-looking zombie killer.

Are you a fan of the Resident Evil game series? Let us know.