The Resident Evil 2: Remake is an enjoyable entry in the long-running Resident Evil game franchise from Capcom. While it does strike a good balance between survival-horror and action, I found myself kind of annoyed by certain aspects of the gameplay.

This review of Resident Evil 2: Remake (played on PC) contains minor spoilers. You have been warned!

Full disclosure, I didn’t enjoy playing R.E 4 because I’m not a big fan of Leon (however, I do agree it is a well-made game). I had issues with R.E 7, and I only found the Jill-centric parts of R.E Revelations to be enjoyable. So, you can kind of tell why I found the R.E 2: Remake to be a mixed bag.

I liked how the remake was able to flesh out the story and kind of make the overall narrative not come across as too campy for modern audiences. I’m a fan of Resident Evil campiness, but I understand most current gamers might not be. So, I get why Capcom took such a decision. I would have liked the original voice cast (Alyson Court and Matthew Mercer) to return, though.

I loved the incredibly gory zombies. Seeing bits and pieces blow off when you are shooting them is satisfying. It feels as if you are trying to take down actual undead beings, even if most of them are bullet sponges. It is going to take more than a single headshot to take them down.

The gameplay includes features fans have come to expect from this franchise. There are jump scares and unrealistic puzzles for you to solve. The over-the-shoulder camera allows more precision to take headshots. You have limited inventory space. The way your character moves changes depending on their health status.

Similar to the original Resident Evil 2, the remake has mini-missions for Sherry and Ada. As Sherry, you try to escape from her crazy captor. As the fabulous Ada, you use her spy tech to escape locations. The mini-missions do help alter (for a bit) the shoot-and-run gameplay offered by Claire and Leon.

The ammunition is limited, but not too scarce. You can still take down most of the enemies you encounter if you make each shot count. I ran this game on the PC so it was easy for me to be precise with my shooting ability using a mouse.

Being promoted as a survival-horror title, I’m kind of conflicted after playing it. I’m not sure if the game itself was scary or if the scares were being forced upon me.

Of course, making players walk through dark areas, with limited light and the sound of moaning zombies, is going to elicit some kind of reaction. It felt like a cheap tactic to make players scared through certain conditions rather than allowing them to experience being afraid on their own.

What I mean by this is some of the Jill-centric parts in R.E: Revelations were scary, in my opinion, without the game resorting to dark rooms with limited light. I could clearly see everything in the narrow corridors of the ship Jill was in, but still, I found myself being cautious as I moved forward.

However, in the R.E 2 Remake, it was as if the creators were trying to force me to feel scared and, frankly, kind of failing in the process. Add to that the annoying appearances of Mr. X, and I got bored with the so-called fear factor very quickly.

I wouldn’t be surprised if hackers figure out a way to see where Mr. X is roaming around to better evade him.

Also, for those wondering, yes, you can play as Tofu and HUNK. I can see fast-paced, action-oriented fans enjoying such a playthrough.

There are DLCs in the works.

All in all, I’m not saying the Resident Evil 2: Remake isn’t a good game. I do think it is going to sell well and be enjoyed by numerous fans (old and new). As a game critic, I would give it an 8/10.

If you had a chance to play the Resident Evil 2: Remake, let us know your opinions about it! 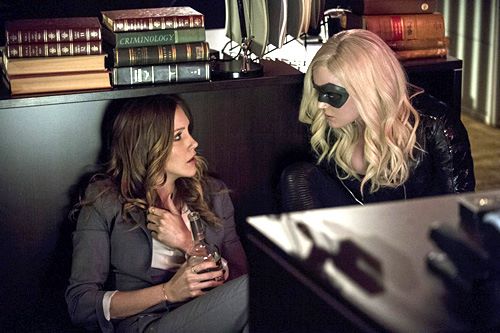