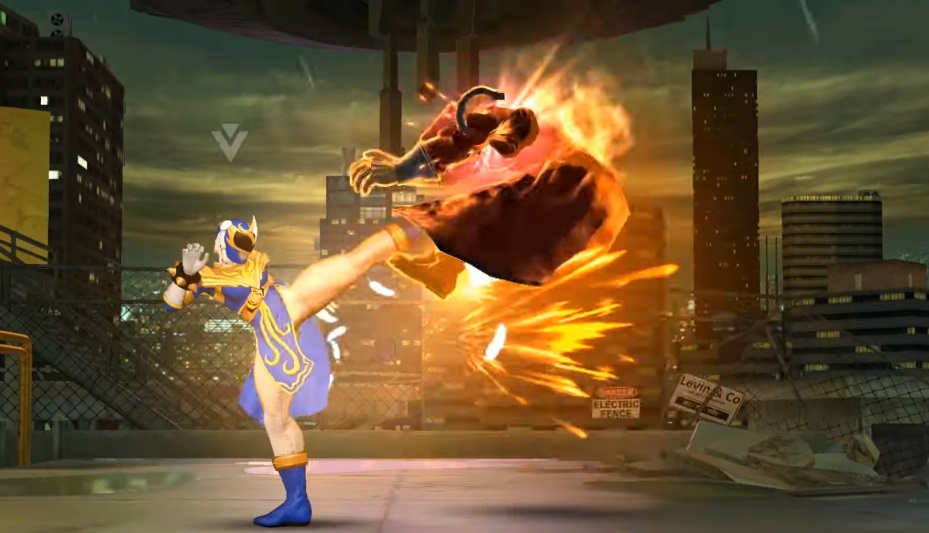 It finally happened y’all. My favorite Street Fighter character is now a Power Ranger, at least, in the Power Rangers: Legacy Wars mobile game. The Phoenix Power Coin Ranger Chun-Li has some impressive moves that can burn your opponent.

Officially called Chun-Li Ranger (which, yeah… no!), she is a brand new character created by nWay in partnership with Capcom and the Power Rangers creative team. For those who don’t know, Street Fighter characters first crossed over into Power Rangers: Legacy Wars last spring. Their introduction “marked one of the most successful events in the game’s three-year history as it introduced Ryu Ranger.”

As a game-exclusive character, Ryu received the Crimson Hawk Power Coin and morphed into a Power Ranger.

Now, following after him, filled with the power of the Blazing Phoenix, Chun-Li’s moves can set her opponent ablaze with blue phoenix fire.

You can flip in with a Kasairyuu (Volcano Kick) into Houohmai (Phoenix Dance), activate your super to unleash a brutal Senhoukyaku (Thousand Phoenix Kicks), then toy with your foe as they deal with the heat.

As part of Chun-Li Ranger’s introduction to the game, all prior SF characters—including Ryu, Guile, M. Bison, Cammy, Akuma, Chun-Li, and Ryu Ranger—will be available for sale in-game once more.

I’m really digging the design and how it stays true to Chun-Li’s iconic blue colors. The little blue energy feathers that appear during her attacks is an amazing extra touch.

Do you know which other fictional fighting-game character has a move-set inspired by the Phoenix? It’s none other than Ling Xiaoyu from the Tekken franchise.

I’m extremely happy about both of my favorite characters sharing a Phoenix-connection.

Are you playing Power Rangers: Legacy Wars? Let us know.