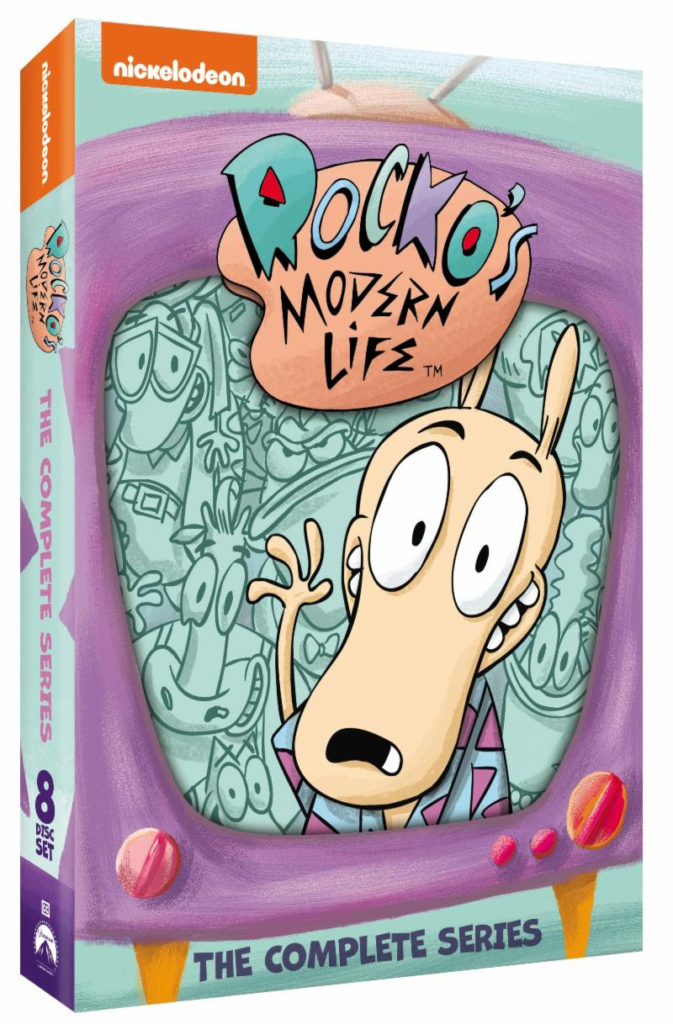 Rocko and his friends on the cover of Rocko’s Modern Life: The Complete Series DVD set

Rocko’s Modern Life: The Complete Series is ready to give fans of Nickelodeon’s ’90s animated hit about Rocko and his friends a dose of nostalgia come November 20, 2018. The 8-disc DVD collection features brand-new packaging designed by the series creator and contains every episode from the show which originally ran from 1993 to 1996.

Produced by Nickelodeon Home Entertainment and distributed by Paramount Home Media Distribution, Rocko’s Modern Life: The Complete Series will be available on DVD on November 20, 2018, for a suggested retail price of $33.99.

Rocko’s Modern Life: The Complete Series has over 20 hours of Rocko, Heffer, Filburt, Spunky, and the Bigheads as they explore the ups and downs of everyday life in the city of O-Town. Fans can enjoy classic episodes such as “Carnival Knowledge” and “Flu-In-U-Enza,” and relive all of the adventures and life-lessons from Rocko and his friends, including the dangers of garbage day, the disastrous results of Heffer eating too many Pasture Puffies, and Filburt struggling to save his soul after opening a not-so-fortunate fortune cookie.

Rocko’s Modern Life: The Complete Series has an approximate running time of 21 hours and 32 minutes. The audio is English Stereo.

Hey Arnold!: The Ultimate Collection will also be available on November 20, 2018.

Are you a fan of Rocko and his friends? Let us know.

Previous:Hey Arnold!: The Ultimate Collection Releasing This November
Next: Free 3×09 Review: Interval in the Evening Calm!