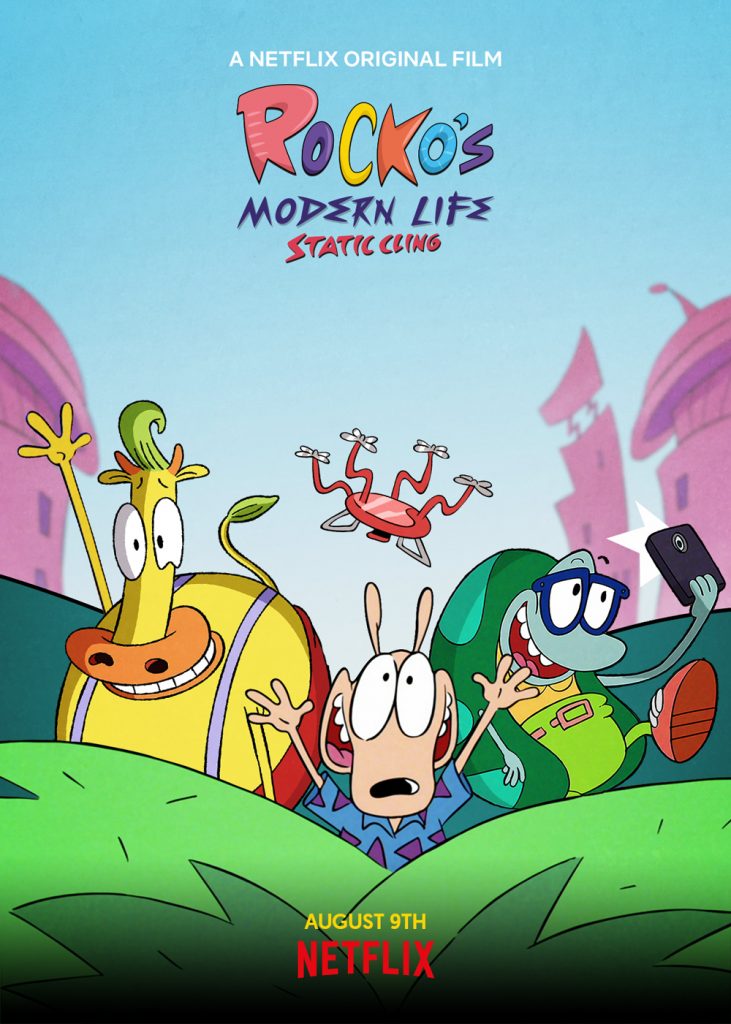 Fans looking forward to watching Rocko’s Modern Life: Static Cling have to wait just a bit longer to watch the animated special. Netflix will be debuting the new content on August 9, 2019.

We got to know about the animated special back in 2017. Now, we finally have a release date attached to the project. Netflix will be releasing it globally on August 9, 2019.

According to the official synopsis:

After being in space for around 20 years, Rocko and his friends attempt to conform to an even more modern life in O-Town, where coffee shops are on every corner, food trucks offer multi-layered tacos, touch-screen O-Phones are being upgraded on a near-constant basis, an instant-print kiosk has replaced Rocko’s old job at Kind-of-a-Lot-O-Comics, and radioactive energy drinks turn their consumers into mutants.

The animated series originally aired on Nickelodeon from 1993-1996. The show followed the adventures of an Australian wallaby named Rocko and his two companions, Heffer and Filburt, through their adventures in their home of O-Town.

Here’s a clip Netflix shared. It talks about mutated badgers due to a toxic spill. Also, residents of O-Town seem to adore Rocko after he saved them from something. However, he isn’t happy about all of the attention.

*chanting* WE LOVE ROCKO! #RockosModernLifeStaticCling comes to Netflix on 8/9 📺 pic.twitter.com/ydYE3wZ9SV

Are you a Rocko’s Modern Life fan?

The complete series was released on DVD in November of last year.