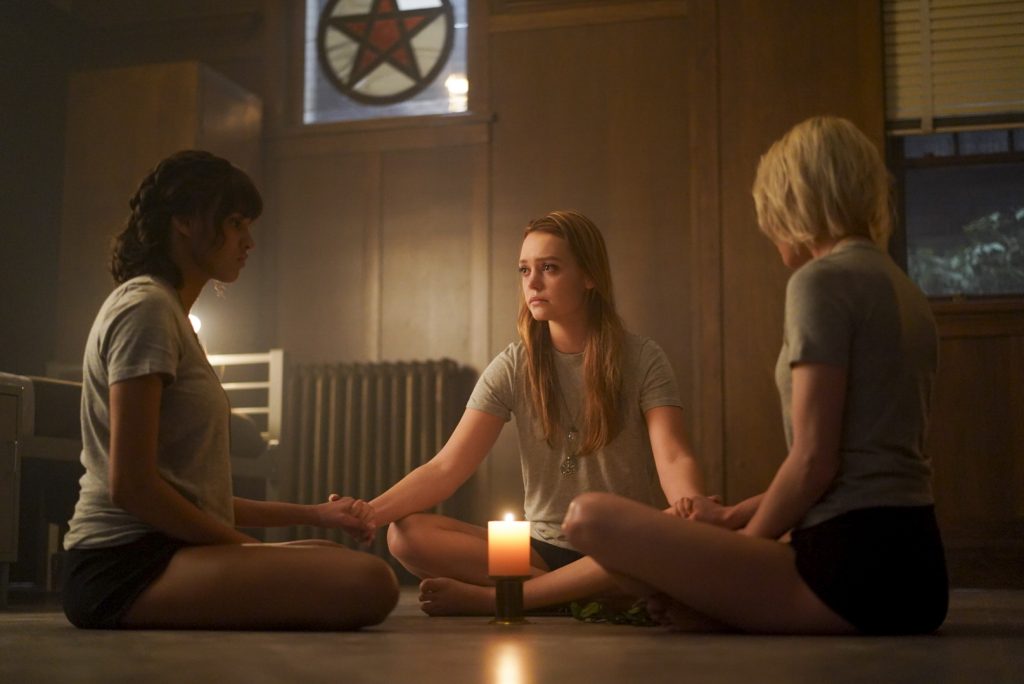 It’s Women’s History Month and FreeForm is offering a healthy dose of literal girl power in Motherland: Fort Salem. Created by Eliot Laurence, the show centers around three female recruits to an all-witch army, the current first line of defense for a parallel United States. We follow the lives of these women, their caretakers, and a problematic rebel faction called The Spree (thankfully not the Polyphonic kind, and yes, the people who watch this show will not get this reference).

I was provided a free screener of ‘Say the Words’ for review. The opinions I have shared are my own. This review contains major plot points. You have been warned.

The pilot, titled ‘Say the Words’, is wild and mostly in a good way. It had big ambitions with a middling budget so some of the effects are a bit lackluster, but the cast truly puts everything they have in conveying the gravity of the situation.

And it is heavy! I read a snippet of a review saying the show needed to embrace its camp, but I’m actually on the other end of that spectrum. I appreciate the utter sincerity of the characters and how much they commit to the world that Laurence has created.

With ‘Say the Words,’ we open in some Macy’s equivalent, where it’s about to turn into the worst shopping day EVER. A young blond woman is singing to a balloon (I know!) and teasing a little girl who’s watching her quizzically. The young woman continues chanting and the balloon pops. The silence is deafening and soon hoards of people are climbing to the highest heights just to throw themselves onto the levels below. 1600 are killed in this mass suicide and it’s all blamed on “The Spree”.

We see the young woman get into her car and she uses the car’s cigarette lighter to press to her forehead, thus burning on the “facade” she was wearing. She’s a slight, pale red-headed devil who flies down the highway on fire.

‘Say the Words’ offers a pretty epic beginning and it caps “Conscription Day” or the day on which all possible recruits enlist for the army. We have the bear family of contestants this go-round: Mama Bear is Tally (Jessica Sutton) who is looking forward to serving her time. She’s from a matrifocal (read: no dudes… ever) society in Northern California and is looking for a way to escape as well as honor her aunts who passed in their own wars. Her mother absolutely hates that she’s set on going and even went so far as to gain absentee status for her daughter, but Tally persists.

In a remarkably touching scene, Tally is at the airport and a man gives up his flight for her. He thanks her for her service and bravery, but the other onlookers already see her as dead. Tally is still determined and that good-natured will is something that stays with her throughout the episode, even when times get tough.

Papa Bear is a legacy recruit by the name of Abigail Bellweather (Ashley Nicole Williams). Her family’s warring matriarchs go back generations. The first one to serve was a slave so Abigail’s mother tells her she was her ancestor’s wildest dream and she cannot fail. Abigail sees her service as a birthright. As she’s parting with her boyfriend she basically excuses him to go live his life while she protects it. She’s strong, stubborn but malleable once she cools off. She’s obviously gifted and she knows how to spot an opportunity.

She tries to get reassigned and General Alder takes her down a peg. Abigail doesn’t get defeated though. After having a row with Raelle herself, and being chastised by Tally, Abigail understands the value of having your friends close and your enemies closer. She’s clearly a leader and the only thing in her way is- 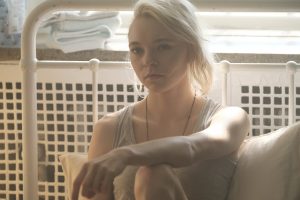 Baby Bear. Oh, Raelle (Taylor Hickson) and your tiny blond braids, what are we going to do with you?! Thrust into a world she didn’t care about until it bit her, Raelle is the human embodiment of having a chip on your shoulder. Her mother was a medic and never made it home from her last mission. Raelle understands she has a gift, but she’s doing her best to resent it. Unfortunately, you can only delay the inevitable for so long, but she’s stubborn in her own way and seemingly to her own detriment.

The recruits are going through basic to earn themselves a place at war college. They are led by General Sarah Alder (Lyne Renee) and overseen by drill sergeant Anacostia Quartermaine – I have so many questions about this name, starting with: huh? – (played by Demetria McKinney). Anacostia is tough but fair and General Alder is a war-weary fighter who has battled for decades and somehow lived to tell about it.

Finally, we’re introduced to a mysterious outsider named Scylla (Amalia Holm). She’s taken a liking to impressionable Raelle and turns from a potential ally to really a stick lodged in the wheel, gumming up all the works! Anacostia can see something is off right away, but her apprehension only pushes Raelle closer.

Also, Scylla is hot! And Raelle is hot in the pants and wastes no time getting her hands down Scylla’s! I always applaud outright displays of queer intimacy and Motherland: Fort Salem does this so well.

Sadly, Raelle’s budding feelings of competence and love are to be short-lived. At the end of ‘Say the Words’, we’re revisited by the red-haired terrorist as she stands in a recruit room. In another shot we see Raelle rushing across campus and she triggers a booby trap alerting Red to her presence. Red gets out a lighter and begins to burn on a new facade.

Raelle lifts her hand to knock on the door and when it opens, we see it’s Scylla! Her hair is still burning as Raelle embraces her with a heated kiss. 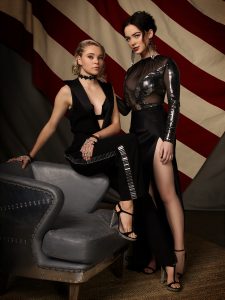 Scylla nooooo! Why would you do this to Raelle?! Out of all the girls she’s definitely going to take it the worst when the truth comes out. I think Scylla is there specifically to disrupt their group as they are clearly the strongest trio in their unit.

And it’s these interpersonal relationships and challenges that present the true strength of Motherland: Fort Salem. Eliot Laurence has built a beautifully textured world, but it relies on the strength of the human connections and reactions to really make it relatable.

After watching ‘Say the Words’, I think if they can keep the tension of mystery alive they have a chance of continuing an engaging drama that shows powerful women enacting powerful magic, and even casting a spell or two on the way.

Check out my interviews with the Motherland: Fort Salem cast. You can watch clips on the  FreeForm site here or on FreeForm every Wednesday and then next day on Hulu.

Did you watch ‘Say the Words’? Let us know.